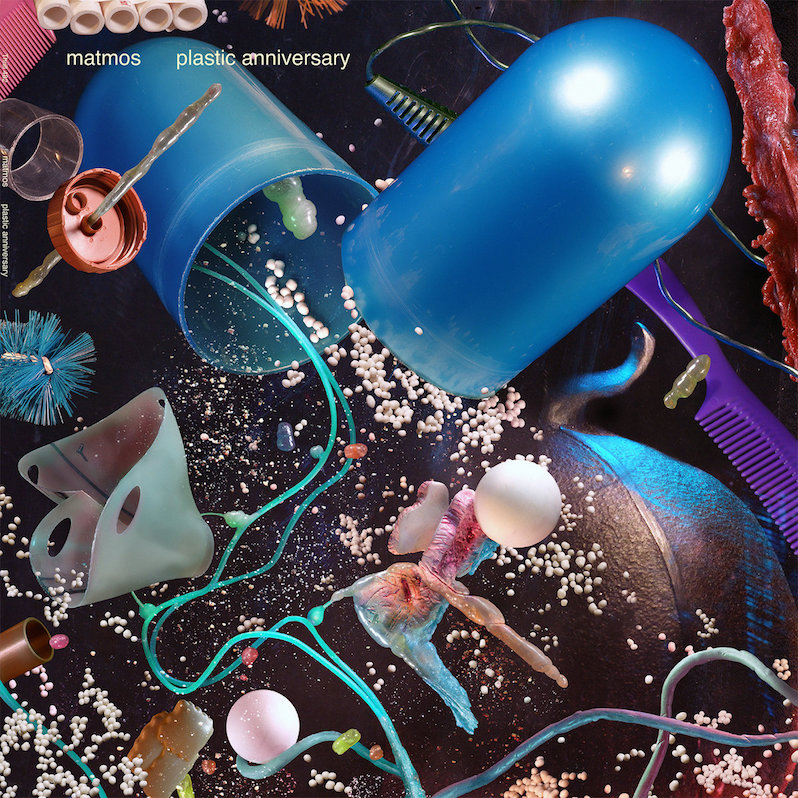 How much plastic is produced each year? According to The New York Times, 300 million tons. For comparison, an African bush elephant weighs 6.5 tons and an 18-wheeler truck weighs 40 tons. But this is not an environmentalist lesson, and neither is the record I’m supposed to be writing about, Matmos’ Plastic Anniversary.

In 2016, Baltimore based art-electronics duo Matmos released Ultimate Care II, a record culled from a performance art piece in which members M.C. Schmidt and Drew Daniel drummed on the titular Whirlpool washing machine, while it was still running. Their new record carries on in the same vein of conceptual IDM. Every sound on Plastic Anniversary is made with plastic: Bubble wrap, styrofoam, silicone breast implants, and police riot shields all make appearances here. A high school marching band even plays plastic horns on a track. It’s silly and playful music that makes a statement not through dreary “big idea” lyrics or samples but simply by its design: We waste so much goddamn stuff on this earth that’s it’s almost laughable, and Matmos have made music with all of it.

The video accompanying the announcement of this record was not a music video. Instead, it was a video of Schmidt and Daniel at a recycling plant, sifting through plastic items, banging on everything with drumsticks. Once again, there was no obvious environmental message. But the image of thousands of plastic items laid out in a warehouse, all thrown away, is potent enough. Instead of having to make big statements, Matmos is freed to just make great music.

And Plastic Anniversary might be their best work yet. One thing’s for sure: it is easily their most accessible. Tribal drumming, Godspeed You! Black Emperor-style post-rock, and carefully constructed IDM all swirl together here, in a collection of tracks that are as diverse as they are of a whole. Opener “Breaking Bread” has a childish melody, not childish because it’s simple, but because it’s playful. Much of the record feels this way. Even when Matmos approach the horrific (“Collapse of the Fourth Kingdom,” “Thermoplastic Riot Shield”), their inventive sonics impress. “Silicone Gel Implant” sounds like video game music, whereas “Fanfare for the Polyethylene Waste Containers*” sounds like the whole world is falling apart (which, to be fair, it is). The fact that Matmos was able to record a massive, awe-inspiring number for their title track, complete with plastic horns, not only proves the creativity of Schmidt and Daniel, but the number of items at their fingertips.

This variety would run out of control in the hands of a less experienced group, but Matmos have been at this for a while. Their experience brings self restraint as well as compositional expertise to work that needs it to succeed. Not a minute of Plastic Anniversary is wasted, and each song starts and ends exactly where it should. The satisfaction that they find in crafting just the right beat to end on in “The Crying Pill” is exemplary. The concept behind the record might be one of deliberate limitations, but in fact, the library of plastic items has meant that detailed sound design is not only possible, but an inevitability.

The record ends with “Plastisphere,” where the duo craft a musique-concréte-ish nature soundscape. This is isn’t anything new. In fact, a million new age records have done it before. But remember, every sound here is made with plastic. Waves crash, but they don’t sound quite like waves. Birds chirp, but they don’t sound like real birds. Leaves crunch but that’s not really what leaves sound like underfoot. It’s a brilliant inversion of a cliché, and the most potent “message” that Matmos make on Plastic Anniversary. Soon, once we’ve killed every living thing, what’s left will be an imitation of a world, a world made of plastic. 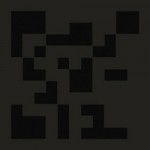 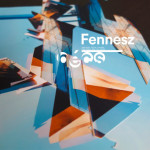