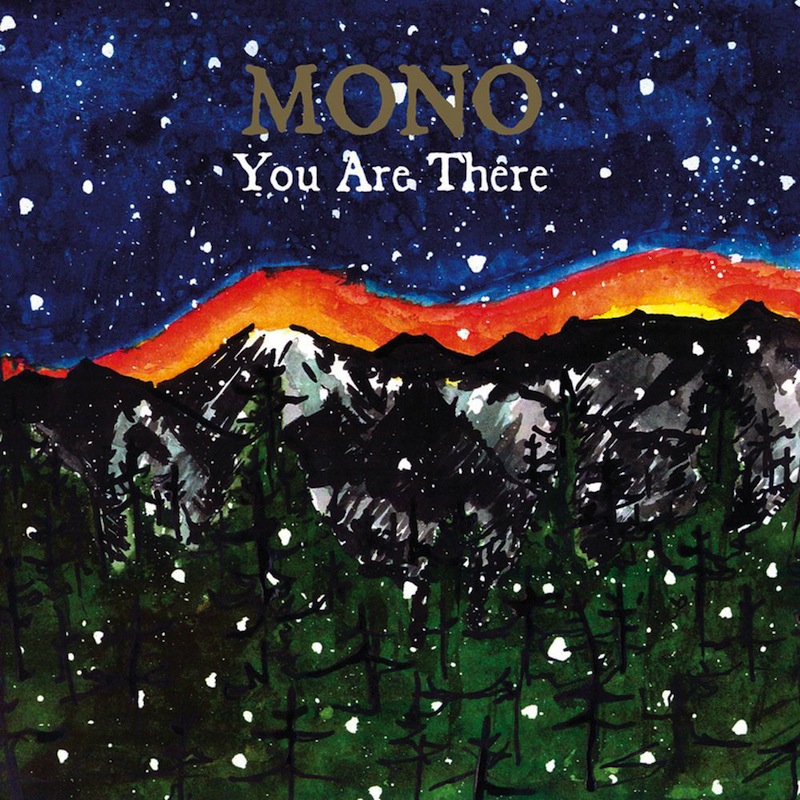 With Steve Albini back at the producer’s helm, Japanese Post-rock quartet Mono have followed 2003’s Walking Cloud and Deep Red Sky with a heavier cumulative sound, and a bewitchingly inhuman atmospheric. You Are There doesn’t feature songs so much as compositions. The album may tread territory familiar to those exposed to their past work, but succeeds with an increasingly detached intricacy. It took several listens amidst mundane tasks for a sense of the sublime to move over my head and back through the ears, and any non-descriptive analysis seems a little over embellished. Nonetheless, You Are There inspires gratuitous grandeur, thereby transcending its expressive limitations.

“The Flames Beyond the Cold Mountain” has a shimmering abstract tragedy to rival Henryk Gorecki. Its metallic climax feels like an OK Computer update under cyclonic duress. This is music for bad metaphors and similes. Mono sit alongside Labradford and the Departure Lounge as purveyors of indescribably poignant instrumentals. Happily this betrays an impressive widescreen expansiveness. “Yearning” could be Lift To Experience in its more subdued moments, before transformation into a mammoth guitar Constellation. Sandwiched between the aforementioned duo, “A Heart has Asked for the Pleasure” shudders with extra-terrestrial decompression and vacuity. A title track combines ornate strings and frosted guitar chiming.

Material like this practically grabs the pompous reviewer and begins a romantic tango with him. My neck trembles at the notion of glued together sci-fi characters and piles of Uncut magazine amassing downstairs to protect my soul from daylight. Thankfully I could never stomach interest in role-play or mysticism, and I threw my back-issues out yesterday. It’s just the mood created by Mono. “The Remains of the Day” opens like a ringer for 2007’s yuletide box office smash, while “Moonlight” could compound any emotion. I’d compare Mono’s latest to an impressive technical documentary film, or a newly arrived piece of electronic gear. It might seem a touch impersonal, but the effect on those who bear witness is palpable. To put it another way, whether playing FIFA 2006 or writing out of your backside, You Are There exaggerates the experience. It should be commended, avoided, and embraced where appropriate.