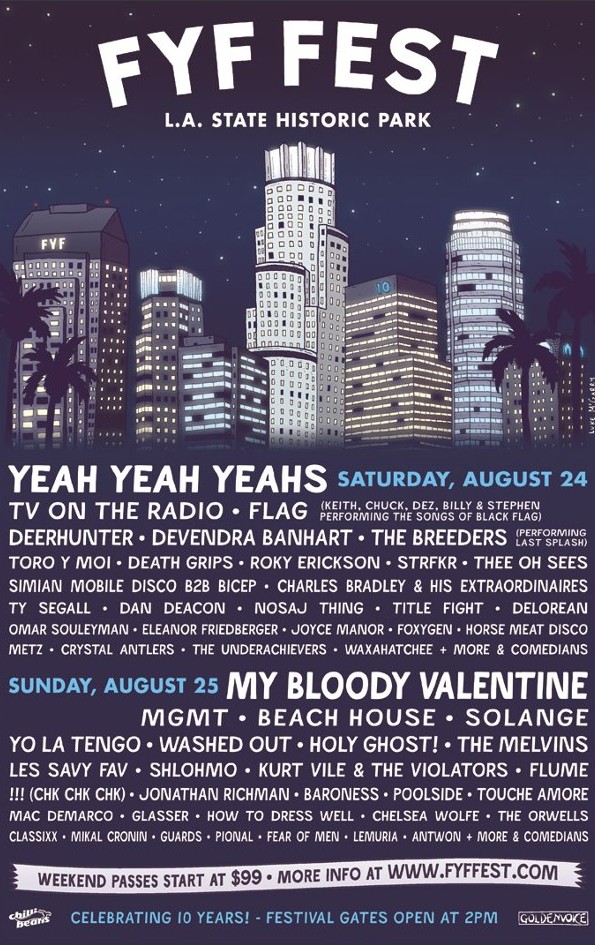 Los Angeles’ annual FYF Fest has revealed its lineup for 2013, and its a pretty incredible one. Headlining the festival are the Yeah Yeah Yeahs and My Bloody Valentine, which, for Kevin Shields & Co., mark the band’s first dates in the United States since the release of mbv.

Check out our coverage of last year’s FYF Fest.