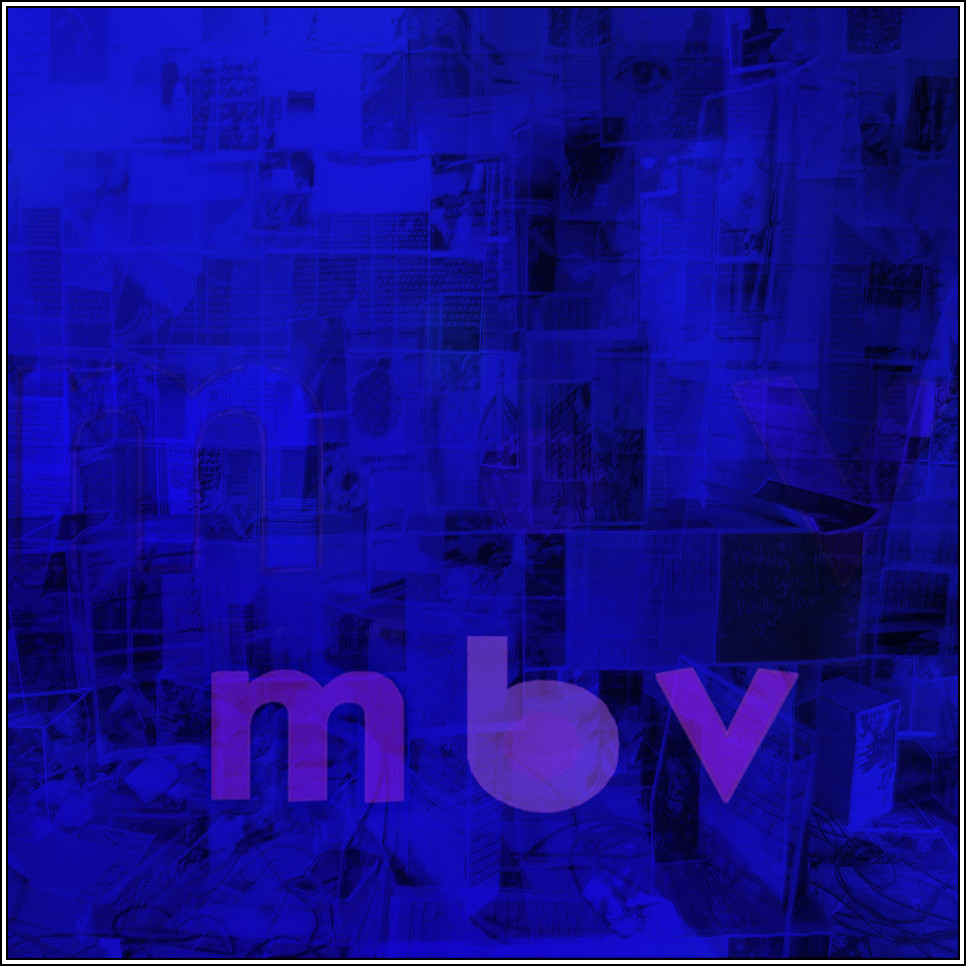 Albums like My Bloody Valentine’s Loveless seemingly exist outside of a continuum. It’s hard to think of them as part of the body of work belonging to four musicians playing in a studio — they just seem to have always been there, an essential if not entirely universal part of a shared culture. And yet Loveless is also a work of art that’s processed very differently by everyone who experiences it, like a sonic Rorschach test whose intricate details take on various shapes dependent on the ears of the beholder. Everyone has their story of how the album ended up in their lives, whether through the simple act of a recommendation from a trusted set of ears, or being moved by its standout track “Sometimes”’s appearance in Lost in Translation.  (I bought it three times, myself—once on vinyl, once to replace a broken copy, and once on a highly fortuitous whim.) It’s like Kind of Blue or The White Album — it belongs to the ether. It belongs to everyone.

That kind of intimate familiarity and widespread recognition doesn’t lend itself well to a follow-up album, and My Bloody Valentine mastermind Kevin Shields abandoned two entire albums in its aftermath, insistent that they simply weren’t good enough. But he pressed on, teasing, hinting and leaking news about what would eventually become that next album, 22 years in the making (and counting). That kind of wait tends to harbor a certain kind of skepticism, unfortunately. The idea that the album might materialize at all was tempting, but doubtful. That it could possibly live up to its legendary predecessor seemed even less convincing. But then again, if the creator of one of the most incredible albums ever recorded told you that he was ready to give you another one, you want to believe him. You really, really want to believe him.

On Feb. 2, 2013, which shall forever be known as “The Day the Server Died,” Shields made good on his two-decade promise and posted on the band’s website a brand new My Bloody Valentine album, simply titled mbv. Tens, if not hundreds of thousands of fans clamored to be the first to download it, thereby crashing the website in the process. And it’s hard to blame anyone for the bum rush. This album, according to everything we’ve come to believe, simply shouldn’t exist. And now that it does, to put off basking in its glow of effects and guitars and dreamlike atmosphere. If Loveless represented a shared, mutual experience for listeners of various generations, mbv presented the opportunity to experience that collective event in real time.

I’ll stop short of saying that experience was religious, but by god, mbv is a wonderfully glorious piece of music. And of course it is. It had to be. Kevin Shields didn’t earn the reputation of being a perfectionist by working in any less than a meticulous manner, and the proof is in the album, a surprisingly logical follow-up to Loveless that’s as dense as its predecessor, but as strangely earthy at times as 1988’s Isn’t Anything, and almost uniformly defiant of easy hooks or immediacy. The band is often spoken about in terms of the kind of sound they create, rather than the songs they write, and that holds true on mbv. Yet the sound here is a moving target. Whereas the band’s 1991 masterpiece centered on an immersive yet singular sonic experience, mbv drifts from a similar sort of density to a more spacious kind of ambient pop, and eventually an abrasive audio assault.

As the album begins, on the gorgeously serene “She Found Now,” there’s a sense very little has changed at all in 22 years. It floats and buzzes with a similarly hazy elegance as “Sometimes,” aesthetically easing the listener back into a familiar, comforting place. But there’s a dirtier, more garage-influenced crunch in the song that follows, the stunningly disorienting “Only Tomorrow.” Bilinda Butcher’s vocals carry the same druggy weightlessness as always, but against a more satisfyingly scuzzy backdrop. It sounds immaculate, but sufficiently mucked up, whereas “Who Sees You” ascends back into more characteristically transcendent dream pop.

For as slightly off-kilter as mbv’s opening triptych is, it’s at track four where the band sets the album onto a markedly different course. No stronger example of mbv’s aesthetic differences from the band’s past exists than on “Is This And Yes,” which consists solely of Bilinda Butcher’s voice and a droning, melancholy organ. It’s almost shocking in its stark sensibility, yet beautiful all the same. Neither wanting for any additional instrumentation nor entirely foreign in the context of My Bloody Valentine’s stylistic approach, “Is This And Yes” is a transitional piece in its placement on the album, setting the listener up for both the most immediate moments on the album, as well as the most disorienting and experimental.

Of the nine tracks on mbv, only “New You” sounds like a single, and an incredible one at that. Subdued, even understated, it’s still rife with effects and twisted shapes of guitar. Yet there’s little distortion to speak of here, instead Shields allowing Butcher’s voice a kind of clarity inside the context of a perfect pop tune. What comes after is far more abrasive, however, from the “Soon”-as-evil-twin sputter of “In Another Way” to the looping pummel of “Nothing Is.” Still, nothing here overwhelms quite like “Wonder 2,” a masterpiece of disorientation sent down a buzzing k-hole of effects into a mesmerizing psychedelic wonderland.

Each song on mbv contains a piece of the My Bloody Valentine that listeners should come to recognize, but as the album progresses, an even larger piece seems to get chipped away. But that kernel remains, and its metamorphosis and outgrowth is one of the most exciting things to happen in music this year, or even this decade. There’s a slight amount of disappointment in no longer being able to imagine what the next My Bloody Valentine album might sound like. But there’s far more satisfaction and joy in actually being able to hear what the stunning finished product does sound like.  We shall wonder and speculate no more — this is our Bloody Valentine.