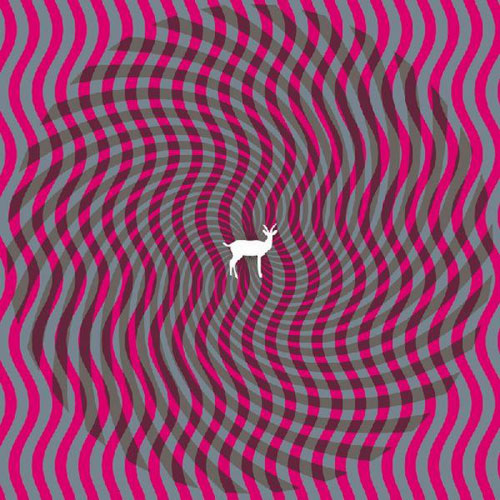 As far as acquired tastes go, you can find plenty of bands that are noisier than Atlanta’s Deerhunter. You will also find bands that are slower, more meandering, more drawn out and atonal. You’ll find bands whose members are bigger assholes, whose lyrics are more obnoxious and who’ll go their entire careers without ever finding a melody. And yet there’s something about Deerhunter that has provoked an outsized negative response. On the one hand, their feedback-driven live shows have caused some to throw tampons at the band (correlation still unclear), while a writer from Florida International University’s Beacon newspaper commented that “the only thing [frontman Bradford] Cox seemed to be suffering from was tone deafness and possibly anorexia.” I can dig if the music is not your thing, but man, that kind of commentary isn’t criticism, it’s downright mean.

Deerhunter’s polarizing nature is made all the more concrete on their second album, Cryptograms, as the band seems to drift in between varying styles, playing distorted no-wave on one track, feedback driven ambience on another, and gorgeous shoegazing pop on another still. It’s hard not to find such flagrant defiance of stylistic cohesion at least a little disorienting. Funny thing, though—due in large part to their unconventional methods, Cryptograms is a thoroughly amazing listen, a beautifully woven collection of stunning melodicism and sonic manipulation.

The first half of the album is the half that’s most likely to bewilder. A nebulous ambient “Intro” clears a path for the title track, a chugging Krautrock-inspired rock song in which Bradford Cox unleashes a stream of lyrical paranoia: “my greatest fear/ I fantasized/ the days were long/ the weeks flew by/ before I knew/ I was awake/ my days were through/ it was too late.” Repetitive and distant at first, “Cryptograms” quickly breaks into a heavier, louder, harder-rocking chorus; I bet this kills live. But one track later in “White Ink,” the band fills the speakers with guitar drones and ominous effects rather than any semblance of verse-chorus-verse songwriting. Likewise, “Lake Somerset” trudges along with no wave discordance and Wire-like angularity, while trailing behind it, “Providence” layers backward samples and washes of glacial tones. It may seem odd on paper, but this back and forth struggle between the band’s harsher moments and more serene ones creates a balance and harmony. One track flows into another seamlessly, and though they may seem unlikely bedfellows, these tracks create an awe-inspiring score.

The eight minute “Octet” marks the album’s halfway point, its swirling, pulsating psychedelic organism cascading into one more abstract piece, “Red Ink,” before Cryptograms becomes something else entirely. Track eight, “Spring Hall Convert,” is the turning point at which the album becomes something more closely resembling a pop album. More My Bloody Valentine than Liars or Black Dice, “Convert” still piles on the effects, but in a hazy, melodic and strangely catchy manner. First single “Strange Lights” follows, displaying the band at their most accessible. The song has no discernible chorus to speak of, but its simple, sing-song melody is hard to resist. Even the most abject of the group’s antipathizers most likely couldn’t find fault with it. Similarly, “Hazel St.”, which would fit in alongside Broken Social Scene’s layered pop symphonies, is a shimmering masterpiece with a stronger adherence to restraint than most of the other songs on the album. With a hearty arsenal of hand percussion, Deerhunter closes the album with “Heatherwood,” a simpler, more starkly arranged track that, without as many effects, shows a more exposed, yet no less profound side of the band, and the album ends just as powerfully as it began.

If Deerhunter’s provocative nature could be attributed to one solitary aspect, I’d put my money on their unpredictability. On Cryptograms, the band eschews the idea of typical album structure and finds their own way to piece it together, even if it doesn’t make logical sense. But also: fuck predictability. Deerhunter has done the world a favor by ignoring expectations, in turn yielding a mysteriously beautiful and challenging work of art.