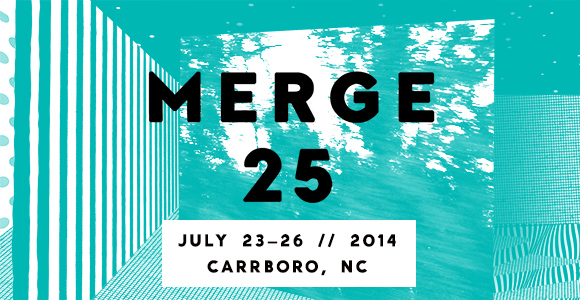 Merge Records has been celebrating its 25th anniversary with a number of different activities, including a 25k run and a singles series, plus recent reissues of albums by Lambchop and Superchunk. And this summer, the North Carolina label will hold a festival featuring performances by a number of bands from its roster. Merge 25 is happening July 23-26 in Carrboro, NC, in three different venues: Baldwin Auditorium at Duke University, Cat’s Cradle and an outdoor venue to be announced.

Festival passes are available at the Cat’s Cradle website.