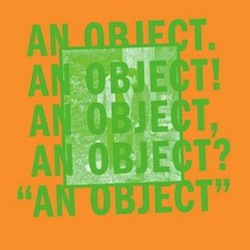 Better pens than mine have spilled a lot of ink over the past 30 odd years pondering the state of punk rock. Is it dead? Is it too corporate? Does it live in the heart of every 13-year-old who just learned three chords? Does it matter? Does anything matter? Isn’t it all just chaos when you think about it? Who am I, where I am I going, and how can I use the Epitaph catalogue to prove the existence of a soul?

The beauty of No Age is their complete lack of interest in any of these questions. “How do these noises sound together” is all they seem to wonder, which is really more punk rock anyway. No Age is, ostensibly, a punk band. They sing lyrics like, “I don’t care what you say / I don’t work for you / You have no proof / Of my goals or aspirations,” and do so in a muddy monotone. They revel in heavy distortion and melodic noise. But they also bend and warp the genre into something more inclusive, and more expansive than the average Clash-aping punk band could ever dream, and they do it all without the put-upon sneer.

The high-water mark for No Age was 2008’s Nouns, although 2010’s Everything In Between was a worthy follow up — more accessible and more interested in melody. Their latest release is An Object, and No Age more or less pick up where they left off. If there is any fault to be found with the record is that it is very much of a piece with its predecessor, but with so much ground left to be explored, it’s hard to call that a complaint.

Songs like “I Won’t be Your Generator,” “C’mon, Stimmung” and “Lock Box” are standouts for their almost pop-like quality, finding a hook in all the shoegaze/post-punk/art-rock stew that is the band’s signature. But No Age continue to play with what exactly melody and hooks really mean. “C’mon, Stimmung,” for example, starts with what vaguely sounds like church bells played backwards and blended with organ music, before bursting into an explosive punk chord progression punctuated with scratched and stretched distorted riffs. In between it’s all pogoing repetition, but it’s what’s happening on the edges of a No Age song, in the nooks and crannies and around the corner that make the band so interesting. The ambient whir of “My Hands, Birch and Steel” bleeds perfectly into the tremulous pounding of “Circling with Dizzy,” because if you turn up the mix real loud, there are elements of each song in the other.

Where An Object does carve out its own niche is in the quieter, more contemplative songs. Take “An Impression,” a two-and-a-half-minute hypnotic slow burn with a looping baseline that pulses over barely there tape samples and warped strings. It’s surreal without being druggy; meandering without overstaying its welcome. “Running From A-Go-Go,” pairs a martial beat with alien chirping sounds and what sounds like an idling muffler. The lyrics sing of long drives and loneliness and is all the more arresting for how allows the different sounds to simmer rather than explode.

It’s impossible to predict the direction of the songs on An Object, even after the first listen. But it always makes sense when you get there. “Where does the body stop and the soul begin? / … The structure becomes a sound again,” drummer/vocalist Dean Spunt sings on “A Ceiling Dreams of a Floor.” This seems like as good of an insight into the No Age songwriting process as you’ll ever get. Punk is dead, and it’s gone corporate, and it still matters. It’s all in the noise.

No Age announce new album, Snares Like a Haircut