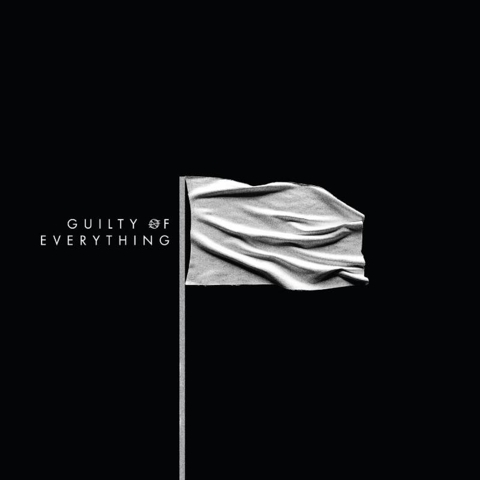 Dominec Palermo, founding member of Nothing, once described in an interview how he used to drive around his neighborhood of Kensington, Philadelphia, guns and drug paraphernalia in tow, blasting My Bloody Valentine’s Loveless. It’s an odd combination that makes more sense when listening to his band’s debut LP, Guilty of Everything: the band wears their shoegaze influences on their sleeves and the album’s title suggests a concern with finding redemption for past wrongs. While it can often be to the detriment of a band to be hung up on the past, Nothing captures the tone and mood of early ’90s shoegaze so well that by the end of the third or forth listen it’s hard not to be bowled over.

To their credit, Nothing are not solely a tribute band to the shoegaze days of yore; there’s also a hefty dose of ’90s alternative and grunge-worship thrown in for good measure. The guitars are distorted and rich — not unlike those on Smashing Pumpkins’ Siamese Dream or Failure’s Fantastic Planet. There’s also driving low end throughout that keeps the songs from feeling overly ethereal, and the band makes regular use of arpeggiated guitars that segue into steep walls of riff, thus granting them a “heavy” designation requisite for any band signed to Relapse.

Using slight variations of this formula the band musters up moments of grandiosity (see opener “Hymn to the Pillory”) and, sharing DNA with defunct hardcore bands Horror Show and XO Skeletons, also cast their freighted bliss with a punk edge, as on “Get Well” and “Bent Nail.” One of my few complaints with Guilty of Everything lies with the vocal delivery on the album’s faster numbers, where the band offer some expertly crafted melodies at a punk-paced BPM, but the vocals don’t vary much; this creates an awkward sonic dissonance. I’m curious to see this discrepancy play out live since it’s hard to imagine singing this subdued competing with guitars this loud (in the band’s defense, I’ve read nothing but great things about their live performance). On the whole Palermo’s lugubrious delivery pairs well to the melodic tone of the record, but some of these arrangements sound like they crave a more assertive delivery.

Thankfully, the band’s talent for songwriting prevails. Guitars this big playing chords this pretty are simply too entrancing to ignore, as is the case with lead single, “Dig,” and Nothing exploit this fact over and over again across the album’s nine tracks. It’s a bevy of good songs at the expense of a real standout; ultimately, it’s the vibes that make this an album worth coming back to.

In many ways shoegaze is the perfect medium for excavating the past — the ethereal vocals mimic the frequency of memory, and the enveloping fuzz of the guitars imbues everything with a sense of security. For these reasons it’s been the go-to choice for late night drives in your hometown, walks by large bodies of water, or for taking warm baths. But there are, sadly, only so many ways to sound novel within a palette this niche. In spite of these limitations Nothing have crafted a strong true-to-style shoegaze record, that in recalling the past will hopefully allow them to move past it.

The Life and Times – Tragic Boogie

Nothing : The Great Dismal