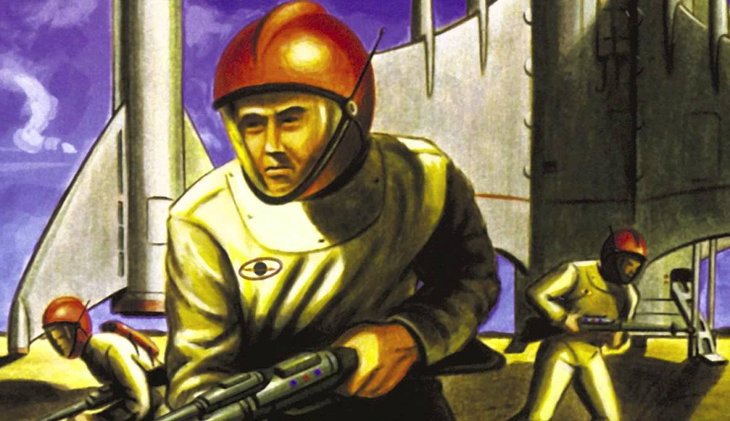 Grunge died when post-grunge was born. Angst-ridden, flannel-clad twenty-somethings with long, flowing locks and an ample suitcase full of distortion pedals had a few good years, reaching a mainstream climax somewhere between Nirvana’s Nevermind hitting No. 1 on the Billboard charts and the theatrical release of Cameron Crowe’s Singles, in which Matt Dillon fronts fictional grunge band Citizen Dick (featuring members of Pearl Jam).

About a year later, grunge went from being in on the joke to being the punchline. Soon enough every record label with money to burn started stacking up contracts to be signed by any foursome of white males fronted by a handsome, brooding singer that could nail the Eddie-Vedder-with-a-hernia vocal style. Stone Temple Pilots, who abandoned the grunge bandwagon for faux-Beatles and glam rock sounds soon enough. Candlebox, whose name comes awfully close to Nickelback. Bush, who deserve a special award for their uniquely awful lyrical gobbledygook. Sponge, who Rolling Stone once aptly observed “rhymes with grunge.” And finally, as grunge gasped its final labored breath, Creed.

As the state of mainstream alternative rock grew increasingly dire, however, a healthy crop of bands on the cusp of breaking commercially were putting out much more interesting records on a major label dime. Among these were Jawbox, Shudder to Think, Helmet — whose signing yielded the band a $1 million advance — and Failure, a Los Angeles band who, in their half-decade together, couldn’t escape the Nirvana comparisons, no matter how off the mark they were.

It only took a slightly deeper look at Failure to see how much distance there was between them and the Pacific Northwest flannel all-stars. In one sense, they began their career in a manner fairly similar to how Nirvana did. Their debut album, Comfort, which was engineered by Steve Albini, sounded more like the work of a noise-rock band. Their sound was raw and muddy, abrasive and remarkably non-commercial. Were it not released by Slash, you could have imagined the band putting the album out on Touch and Go or Amphetamine Reptile. But it wasn’t until 1994’s Magnified that Failure truly came into their own as a band, with songwriting team Ken Andrews and Greg Edwards taking over production duties from that point on, experimenting with more expansive sonic textures and opening up their heavy, melodic guitar sound into one pocked with headier atmosphere and a limitless arsenal of sonic ear candy.

Failure weren’t exactly getting richer or that much more recognizable in this span of time, but they were certainly getting better. And songs like “Empty Friend” and “Undone,” for which they had shot a rarely-aired video, started to show an uncanny knack for melody and hooks that was considerably rare in so many other major label alt-rock casualties. And then there was “Stuck On You.”

I’d venture to guess that a lot of late twenty- and early thirty-somethings reading this article right now had an experience with “Stuck On You” fairly similar to mine. By late 1996, big-production rock albums had started to go out of vogue, their likes replaced on radio playlists by jam-band fluff like Dave Matthews Band, boho beatboxers like Beck and Eels, and electronic acts like Orbital and The Chemical Brothers. And yet, one unusually rainy Sunday afternoon in Southern California, in a grocery store parking lot, I hear this explosion of power chords and a piercing, processed lead come blasting through the speakers, a rare beacon of hope for a teenager who had already grown weary of the limitations of commercial radio. This was catchy, massive — even expensive sounding. And yet it sounded incredibly out of place next to OMC’s “How Bizarre” or Fun Lovin’ Criminals’ stoned goofball hit “Scooby Snacks.”

“Stuck On You” is a song about heroin addiction, but cleverly disguised in a meta-narrative about getting a song stuck in your head. Ken Andrews draws a fascinating parallel between a melody that takes over your consciousness and getting hooked on a destructive substance, singing “I thought I’d drop you easily/ But that was not to be/ You burrowed like a summer tick/ So you invade my sleep/ And confuse my dreams/ Turn my nights to sleepless itch.” At the time, the heroin parallel didn’t really click with me, but the experience of being unable to escape an unshakable melody is a universal one — one that more or less happened to me with this particular song and had me temporarily obsessed with tracking down a copy of Fantastic Planet.

Failure’s third and final album, Fantastic Planet, is an epic and triumphant closing chapter on the band’s career. In stark contrast to their first two albums, which each contained 10 tracks, this album stretched out to a hefty 17, featuring three segues that separated four different quadrants on the album, and consuming the entire usable running time of the CD. Contrary to the prevalent “Kill corporate rock” attitude that had swirled around in alt-rock circles in the years prior, Fantastic Planet was an alternative rock album by a band who seemed comfortable with borrowing a few ideas from progressive rock and heavy metal, and not even the first band of their kind to do so as flagrantly. Fantastic Planet arrived one year after Melon Collie and the Infinite Sadness, after all.

Where Smashing Pumpkins had freely surrendered to their basest indulgences, however, Failure had structured a high-minded conceptual work into their most accessible and tautly crafted album to date. In spite of how much album there is on Fantastic Planet, it doesn’t feel bloated or overdone. If anything, it’s a testament to careful editing, and a case study in how to sequence an album. You could maybe prune one or two songs off of it without doing too much damage, but any further and you’d be putting a glaring hole in a series of songs that sound strongest when heard as part of a greater whole.

The first and last sounds on Fantastic Planet are those of a strange, looping chime. It’s playful, yet surreal, and only lasts for a few fleeting seconds before the dense and distorted chords of “Saturday Savior” take over. And for the next 70 minutes, Andrews and Edwards chart a path through cosmic terrain, navigating many Los Angeles bands’ well traveled territory of sex, drugs and depravity through space-age metaphors, musical analogies and the occasional literal address. It’s an album that’s largely about drugs, but feels too grounded to be a drug album, per se. Explorations of addiction and abuse come in different shapes and forms, be it through the image of being helpless in a burning house in “Smoking Umbrella,” the introspective filter of “Blank,” or the more hallucinatory filter of “Heliotropic.” It doesn’t require too much digging to discover just how much darkness there is on the album.

And yet, it sounds so vibrant and so rich. Fantastic Planet is almost a shoegaze album when you soak in all of the multi-layered sounds that Andrews and Edwards stack up. And it’s a loud album, but there’s a warmth to it that sets it apart from much of their alt-rock peers. You don’t very well title your album Fantastic Planet without making an effort to pull the listener into some kind of distant space, and though the effort likely ensured the band would never be able to break even on the cost of the album, they didn’t hold anything back sonically. There are traces of the heady rush of Loveless on “Another Space Song,” the heft of tourmates Tool on “Heliotropic,” and on numerous places throughout, the amplifier-blowing punch of Hum or Chavez.

I spent countless afternoons and evenings getting lost in the sonic details of Fantastic Planet, and spent most of my freshman year of high school trying to make converts out of anyone the slightest bit receptive to the idea of a guitar band with loftier ambitions. And when I met anyone who co-signed the band, it was like having a secret handshake, or a language that only we could understand. And yet, I’d lend the Rosetta Stone to anyone who’d choose to learn it. 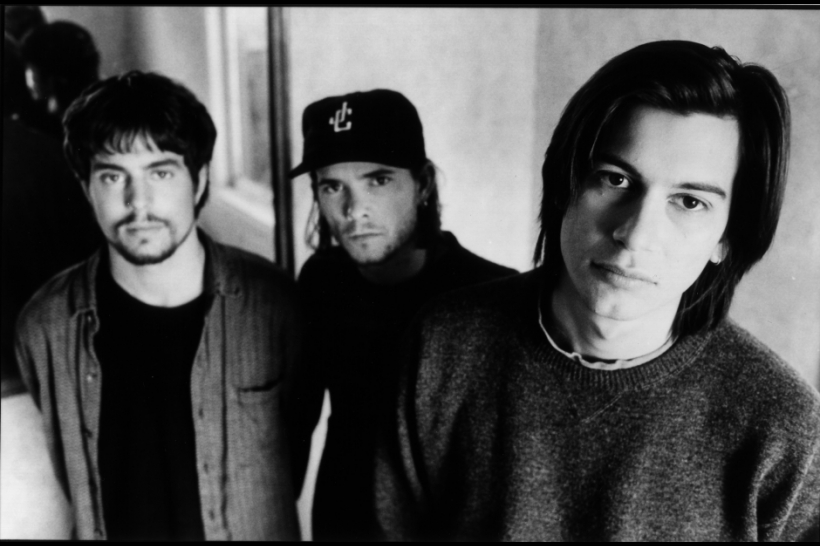 Unsurprisingly, Fantastic Planet never did quite achieve the mainstream success that seemed just beyond its reach. A James Bond-themed video for “Stuck On You” debuted in 1997, and though it did actually air on MTV a few times — while people were actually awake — it didn’t conquer the airwaves. The group played Lollapalooza later that year, and in 1998, as their final gift, delivered the best cover of Depeche Mode’s “Enjoy the Silence” ever recorded. Though the group had already basically splintered. Andrews and Edwards were already getting along poorly during the recording of the album, and Edwards in particular had been struggling with his own personal issues with drugs.

As unceremoniously as Failure came to an end, however, its members each continued to make music: Andrews with On, Year of the Rabbit and his own solo material; and Edwards with Lusk and Autolux. And touring guitarist Troy Van Leeuwen has most recently been a member of Queens of the Stone Age. But as Fantastic Planet advanced in age, its influence seemed to grow even more significant. You can hear the dense production techniques and abrasively catchy melodies in records by bands like Shiner, Blinker the Star, Helms Alee and Cave In, whose Stephen Brodsky credits Failure with giving him a kind of musical direction. “Geometrically speaking, if Nirvana was a square,” Brodsky said in a 2005 interview, “then Failure was… I dunno… a fucking hexagon or something.”

Paramore, perhaps the most famous members of Failure’s fan club, covered “Stuck On You” earlier on in the ’00s, and seem to pull from the band’s bag of tricks as they mature. Their most recent self-titled album is structured similarly to Fantastic Planet, right down to the lengthier, denser closing tracks and series of segues that separate its chapters. Vocalist Hayley Williams recently blogged, “Never in a million years would I have believed that 8 or 9 years later I might have the chance to hear the real thing live.” Me too, Hayley. Me too.