Nubya Garcia has covered a lot of ground in just a few short years. The London saxophonist is a member of spiritual jazz outfit Maisha and fusion collective Nérija, and a featured player on records from the likes of Joe Armon-Jones, Yazz Ahmed, Makaya McCraven, Theon Cross and Moses Boyd, to name some of the ringers that have made London the current epicenter of innovation in jazz music. She’s a versatile musician, to say the least, heavily influenced by Afro-Caribbean sounds yet equally comfortable in the presence of an electronic fusion context or more traditional jazz forms, her playing as melodic and beautiful as it is soaring and exploratory.

Source, her first proper full-length, feels like it’s been a long-time coming. In the context of other bandleaders, she always comes out sounding like an MVP. Yet when given her own platform and space to pursue her own creative path, she finds her way to more than a few moments of pure magic. It doesn’t hurt that she’s assembled an impressive, rotating ensemble of her own, which includes Armon-Jones, Kokoroko and Nérija’s Ms. Maurice, bassist Daniel Casimir and drummer Sam Jones. But what drives Source is an undeniable sense of joy, a freedom in the fluidity of jazz that makes each track feel vibrant and alive.

From the opening bassline of “Pace,” Source radiates warmth and openness. Armon-Jones’ graceful twinkle of piano isn’t the dominant instrument, but it’s the one responsible for shaping the track’s atmosphere, which feels at once nocturnal and bright. It’s one of many contrasts that crop up throughout Source, showcasing Garcia’s ability to create fascinating juxtapositions, whether it’s a feeling of melancholy against a lived-in funk on “The Message Continues,” or rich instrumental performances in the context of a more cosmic, ambient jazz track on “Together Is a Beautiful Place to Be.”

Garcia and her bandmates take a number of different detours through unique genre fusions on Source, be it the R&B and gospel of “Stand With Each Other,” the dub reggae of the title track, or the titular “La cumbia me esta llamando.” But it’s often the moments of soulful, spiritual jazz, like the Rhodes-driven groove of “Inner Game,” where Garcia and company shine brightest. There’s a lot of fun to be had in hearing these musicians put different stylistic spins on their instrumental chemistry, but it’s in the warmest grooves in which that chemistry feels most natural. It’s not that they can’t do anything they want—Garcia clearly has a handle on every approach she puts her mind to, and the sheer versatility of her talent in the context of diverse material is an accomplishment in and of itself. Garcia is simply so adept at a particularly breezy and rich form of funk-fusion that it’s easy to get lost in those moments and never want to find your way out. 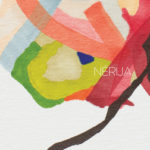 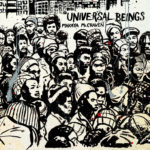 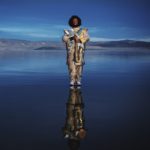