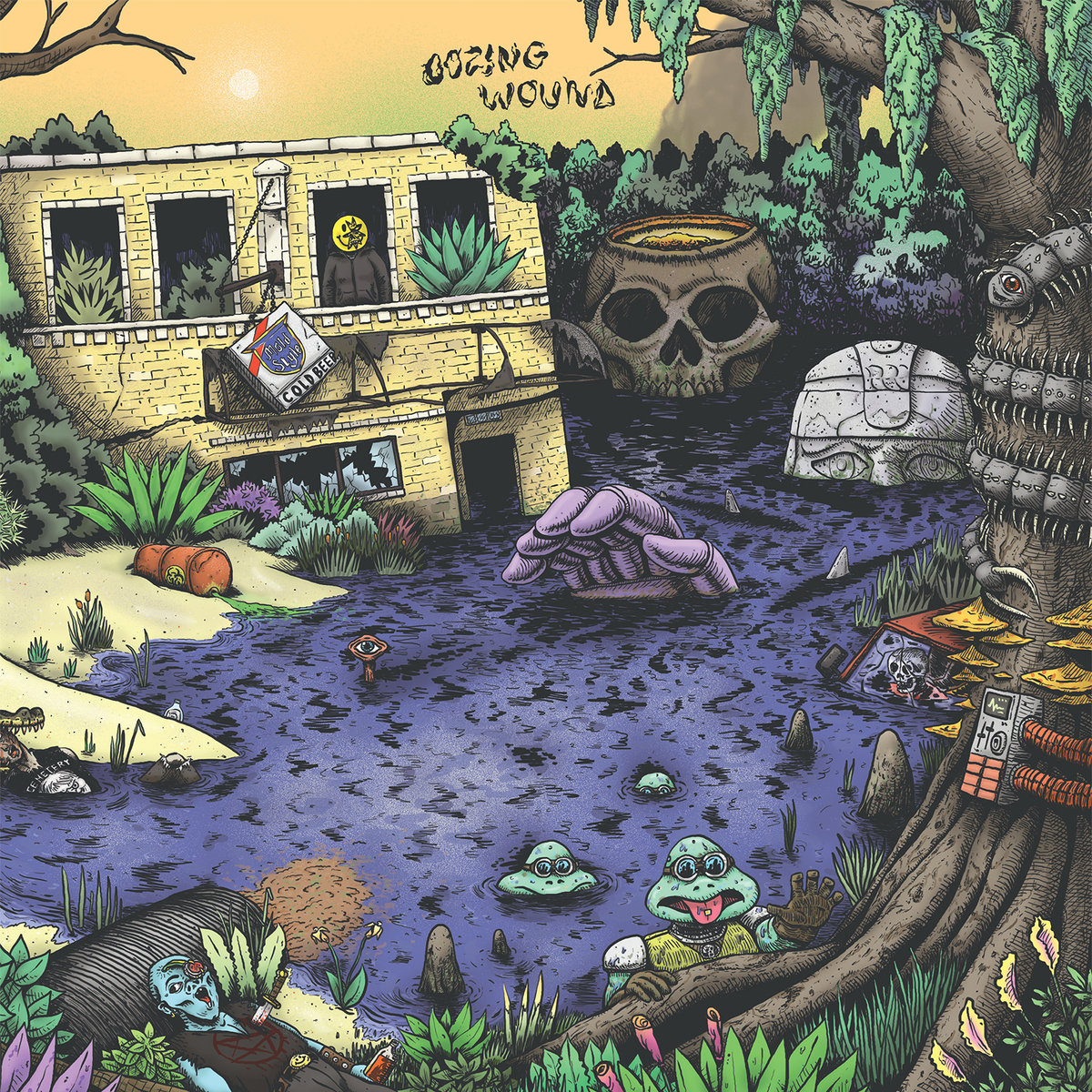 Metal isn’t necessarily seen as youth music in 2019. Once upon a time it was—thrash metal was the soundtrack for many a disaffected teenager in the ’80s—but as time marches on those disaffected teenagers begin to look more like the wizards on their favorite bands’ album covers. Oozing Wound, however, capture that feeling of being young and reckless and hearing that blistering thrash-metal riff that changed your life, even when they’re ostensibly sneering a “get off my lawn” message (or setting fire to the lawn, perhaps). “Tween Shitbag,” their new single, isn’t really about the kids though, but rather as they clarified in a tweet, “about shitty dudes playing in shitty bands and being shitty people.” And the first line sums that up well: “Oh man, I really love your band.” Of course, Oozing Wound have probably observed, like the rest of us, there are a lot of shitty dudes in shitty bands being shitty people, and one of the best methods of combating that is by clowning them in an absolute ripper of a song, one that’s just as much Jesus Lizard as it is Slayer. Oozing Wound are fighting the good fight and making a brutal mess of a good time while doing so.

From High Anxiety, out March 15 via Thrill Jockey.