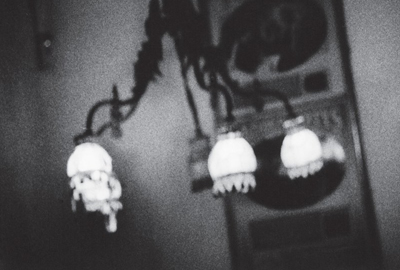 With an extra long weekend behind us thanks to the annual American tradition of Memorial Day, this week is a little more abbreviated than usual. So, as we gear up for a flood of June releases, which include new albums by Wolf Parade, Blitzen Trapper, Robyn and a bunch of others, we thought it would be a good time to revisit some great albums from 2008 and 2009 that, somehow, missed our review pages. And some pretty big names at that. So, in case our readers happened to miss any of these albums as well, we’re making up for lost opportunities by recommending some favorites that aren’t to be missed.

Memory Tapes – Seek Magic
(Something In Construction/Sincerely Yours)

“Hawk blends vintage new wave sheen with some modern dance music updates, the intimate, crackly feel leaving many to include Hawk as part of the newly minted “glo-fi” movement. For as intimate and dreamy as these songs are, however, Hawk creates something far more stunning and universal than mere microgenre tomfoolery.”

“New Jersey-via-Brooklyn band Real Estate don’t feel like a bandwagon hanger-on knock-off or mask their music in peak-heavy production, instead opting to organically meld their subdued, surf-tinged psychedelics with subtle atmospheres and textures.”

“Songs In A&E, while not as overwhelming as (Ladies and Gentlemen We Are Floating In Space)’s 70-plus minutes of sprawling space opera, is another solid collection of songs that finds Pierce playing upon a diverse range of sounds while staying true to a core of strong songwriting.”

Built To Spill – There Is No Enemy
(Warner Bros.)

“Somewhere between Keep It Like a Secret and its sprawling predecessor, Perfect From Now On, There Is No Enemy finds the right balance between accessible pop songs and dreamy epics.”