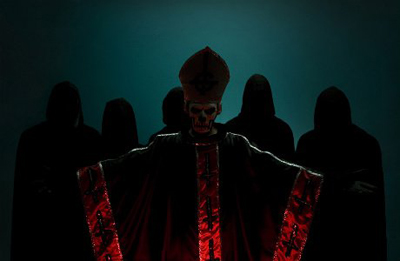 As hard as we try, it’s almost inevitable that a few albums worthy of our time get left out by year’s end. Sometimes, we don’t even realize until more than a year has passed that, embarrassingly, one of the best albums of the last 18 months or so, somehow, never got covered. Now that, my friends, is perverse. Hence the name of this periodical feature, in which Treble offers a mea culpa to the artists whose albums we unintentionally ignored, only to offer our heaps of praise somewhere down the line. This month, we’ve assembled five albums released between 2010 and late 2011, which truly deserve to end up in your collection. We won’t be taking these for granted again.

Trudging through a skull rattling three tracks in 40 minutes, Ash Borer aren’t a band for whom brevity means much. Though their colossal black metal blend incorporates elements of post-rock, crust punk and doom, the elements, when combined, add up to something more complex and multi-layered than some of black metal’s more purist-minded actors.

Sweden’s Ghost have made allegiance to the dark lord sound more appealing than it ever has. A troupe of anonymous, enshrouded monk-like figures fronted by the face-painted Papa Emeritus, a golden-throated dark pope of a singer, Ghost defy the standard of imbuing metal with its most evil-sounding traits by, instead, making the concept of dark Satanic rituals more seductive via theatrical, endlessly hooky rock anthems. There are, of course, precedents for this sort of thing: Alice Cooper, the aforementioned King Diamond, 1960s and ’70s “occult-rock.” And Ghost most certainly takes a sizable influence from these classic rock and golden age metal anti-heroes. But there’s no effort a la Marilyn Manson to lather on extra shock value, here.

Katy B – On a Mission
(Columbia)

Bass music has been the source of some pretty fierce, sometimes ugly debates centering on the binary choice of whether dubstep’s talent lies with the esoteric, atmospheric producers like Burial, or whether it’s best left to party rockers like Skrillex or Rusko. And yet, to hear Burial mangle ’90s R&B samples into barely recognizable ghost chirps nonetheless leaves the door open for an artist to make connection between dubstep, pop and R&B in a more organic way. So as luck would have it, in 2011, a young Londoner named Katy B came along and did just that.

Unfair as it may be, the Brooklyn duo Sepalcure, consisting of Travis Stewart and Praveen Sharma, are a fairly easy act to overlook. They touch on several genres ranging from house to garage to dubstep, but rather than try and conjure “the next big thing” in bass music, with their self-titled debut full-length the duo has carefully constructed a nocturnal listen that’s more of an amalgamation of their favorite aesthetics. It’s as though Stewart and Sharma plucked bits and pieces from these genres and constructed their own unique beast.

The UK’s resident dub techno necromancer Andy Stott kept a pretty clip of EP releases coming on a semi-yearly basis between 2005 and 2008, transitioning to a series of shorter 12-inch singles thereafter, only to return with two of his best releases to date last year. But while the term “trance” certainly applies to the music, it’s more in the demonic possession sense of the word, rather than that of blissfully trailing off to happy hardcore while under the influence of uppers, downers, blue bombers, green goofers and whatever’s left in the medicine cabinet.