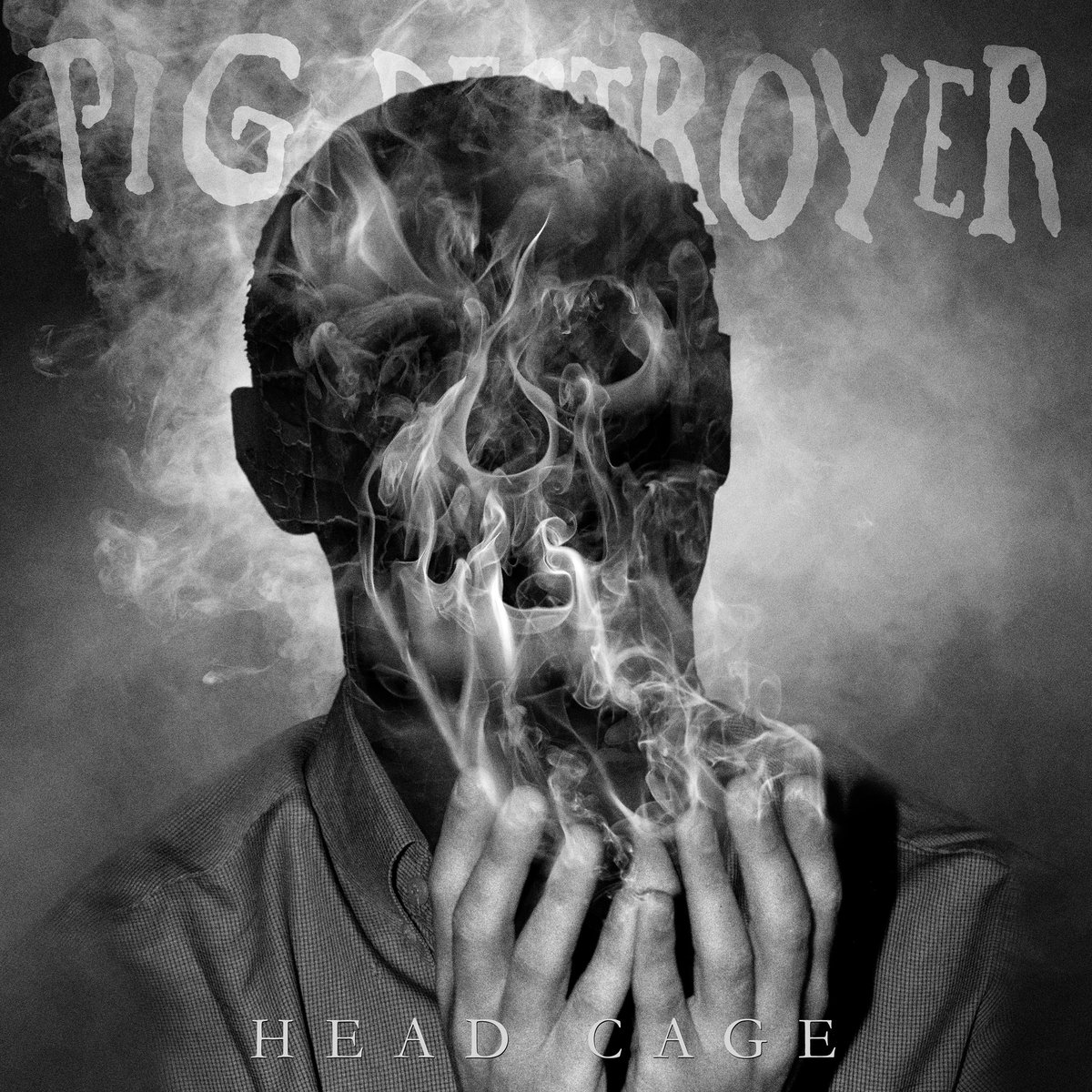 Pig Destroyer‘s first single from new album Head Cage, “Army of Cops,” found the D.C. grindcore band sounding, well, a lot less grindcore—which didn’t sit right with a few fans. It’s important to remember that their debut, Prowler In the Yard, came out 17 years ago, and since then the group has been steadily carving out some nastier grooves, from 2004’s “Gravedancer” to 2007’s “The Machete Twins” and Book Burner‘s “The Diplomat.” Their new track, “The Torture Fields,” splits the difference between their hyper-aggressive blasts and their death- and thrash-influenced moments of accessibility. Scott Hull’s opening riffs don’t immediately evoke the relentless violence of their earlier material, instead feeling more akin to the abrasive noise rock of recent Converge, and for that matter J.R Hayes’ barks have more of a hoarse, noise-rock wheeze than pure throat shredding. (Worth noting: Hull wears a Metz t-shirt in the video clip.) It’s not long before the gallop picks up, the band starts wailing and Pig Destroyer are back to, well, destroying. Here’s the thing about that: Whether it’s at 200 BPMs or 60, they’re still doing it better than most.

From Head Cage, out September 7 via Relapse.