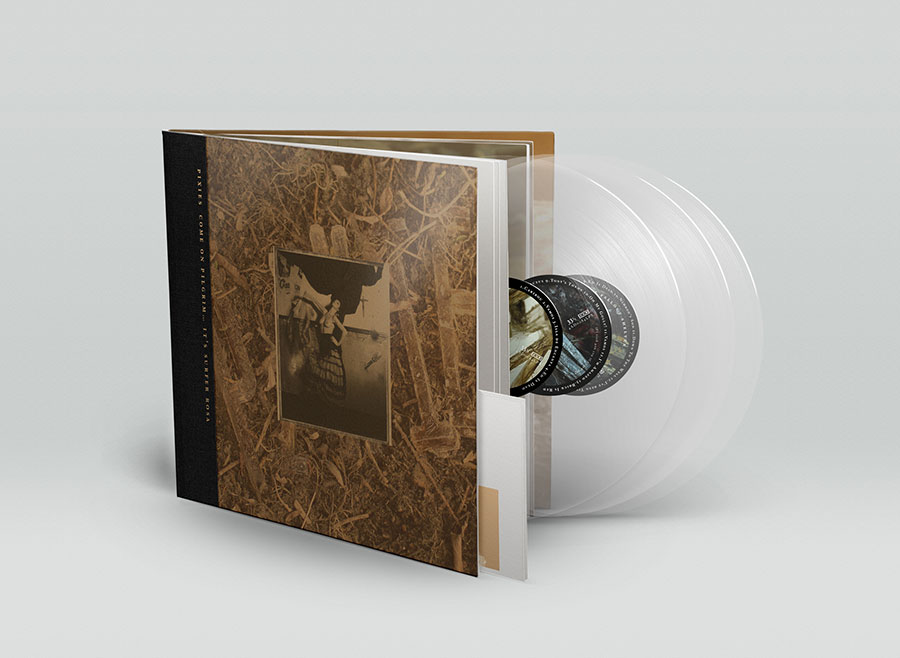 This year, Pixies‘ influential debut album Surfer Rosa turns 30, so the band is releasing a new box set for its anniversary. On September 28, 4AD is releasing Come On Pilgrim…It’s Surfer Rosa, which features their debut album plus first EP Come On Pilgrim, which originally was released in 1987. The box set, which will be available as a 3xCD or 3xLP set, also features the live set, Live From the Fallout Shelter, one of the earliest live recordings from the band from back in 1986, before Come On Pilgrim was released. The set features some early versions of “Subbacultcha” and “Down to the Well,” which wouldn’t be released until several years later. Take a look at that album’s tracklist and watch a trailer below. Pre-orders can be found here.

A deluxe version of the box set featuring clear vinyl and a “clothbound hardbook” with art, lyrics and more will be released in November.

Pixies are on our list of the 30 Best Bands of the Past 30 Years.

Watch Per Wiberg’s (Opeth, Spiritual Beggars) lyric video for new EP All Is Well in the Land of the Living