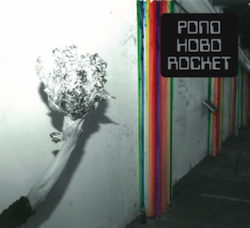 I have a distant fascination with the city of Perth in Western Australia, undeserved because I’ve never actually been to the continent. Perth has to be the most isolated major metropolis in the world, more than 1,300 miles west of the nearest city its size (Adelaide), and separated by desert and sea from the closest foreign cities of Southeast Asia. My interest lies in how artisans in such remote locales interpret pop culture from the dense outside world, and how the more generous of them send it back out.

Two interconnected artists from Perth, Tame Impala and Pond, share both members and, on their latest records, some similarities. Both have a lo-fi patina that they employ to creative effect; when frequencies hit overload the result’s often surprisingly animated. The music itself, counter-intuitively, takes the “more is more” approach: layers of sound tumble out of your headphones, sometimes in order, sometimes out of nowhere. It’s like dancing with a drunk who wears a practical suit and tie, and manages to not spill anything on it.

Intent and destination are where they diverge. Tame Impala’s approach paints a bracing portrait of insecurity and solitary dreams. Whereas Pond’s fifth album Hobo Rocket mimics the outward expanse of classic and progressive rock and wrings it through baseborn sonics. So you’re still dancing with the same drunk, but now he’s wearing flared trousers and tells much better jokes.

Hobo Rocket whips by in seven songs and less than 35 minutes, and brevity works in its favor. Whatever conceits they take on don’t overstay their welcome. They also don’t display any real attempt at theme or meaning, but the point of Pond in this case is more about the journey. The opening “Whatever Happened to the Million Head Collide” is more gleefully chaotic than anything MGMT can manage, with remote vocals from leader and guitarist Nick Allbrook weaving through a minimal Bo Diddley beat. It doesn’t last due to a guitar explosion that, with great humor, clots up the headphones in a desperate attempt to break them. But the deliberate feebleness of the recording process just cuts it off into a barbed blob that thuds against the speakers. It sounds like regurgitation. That’s not a complaint, it’s part of the album’s charm. Keith Emerson could have used some of these imperfections; he didn’t need to be so Copland-in-the-Sistine-Chapel all the time.

Of course Pond goes to space. They leave themselves no option but to go to space. Their live staple “Xanman” is a lazy stomp fueled by Bonham and what Elvis Costello would call “big, stupid guitars.” It’s all predictable, but infectious and superheroic throughout. “O Dharma” is actually quite gorgeous, with a beautiful mix of acoustic strums, gentle keyboard drifts and enough invention to justify its wanton drugginess. But it’s immediately followed by some manufactured, Black Sabbath doom in “Aloneaflameaflowe,” with Allbrook channeling Wayne Coyne’s fragile seeker with his lonely singing. (This album is full of Flaming Lips allusions. I’ll only use one of them.) Halfway through it bursts into full-on, mid-tempo “Paranoid” mode, in a way that comes this close to parody.

The title track is the most aggressively odd song on Hobo Rocket, and that’s mainly due to the vocal. Slurring like Mark E. Smith on light sedation, guest vocalist and Perth man-about-town Cowboy John gums through a monotone melody of no clear message, although at one point he asks the band what drugs they’re on. He sounds like the speaker on Pink Floyd’s collage “Speak To Me” who says “I was really drunk at the time” given his shot at a monologue. (Apologies for all the references to drunks in this review. It may not be coincidental.)

At the bottom of my notes for this review I wrote “I don’t know what the overall effect is supposed to be.” I don’t think there is one. There’s that recording cliché about artists “exploring the studio space,” and that might be it, except Pond would be “exploring the constraints of the studio space,” or more precisely the studio broom closet. Accepting that premise, Hobo Rocket sounds sequestered in some ways, but underneath the shaky trappings it’s an effective, even affectionate short album. Meaning they may be in the broom closet, but they’re utilizing every square inch of that sucker.

I kept thinking about the version of Mad Max that was redubbed in an American accent so as not to befuddle stateside movie audiences. Something was wrong about it, but the wrongness was indefinably evocative. That’s what Pond does with Hobo Rocket, letting their musical sense and variety bump up against the low ceiling as much as they can. It flirts with outlandishness almost to the point of spoof, but you can’t doubt that Allbrook and friends have true ardor for their source material, even as they knowingly or otherwise knock its excesses off the perch a bit.

Flaming Lips – At War With the Mystics