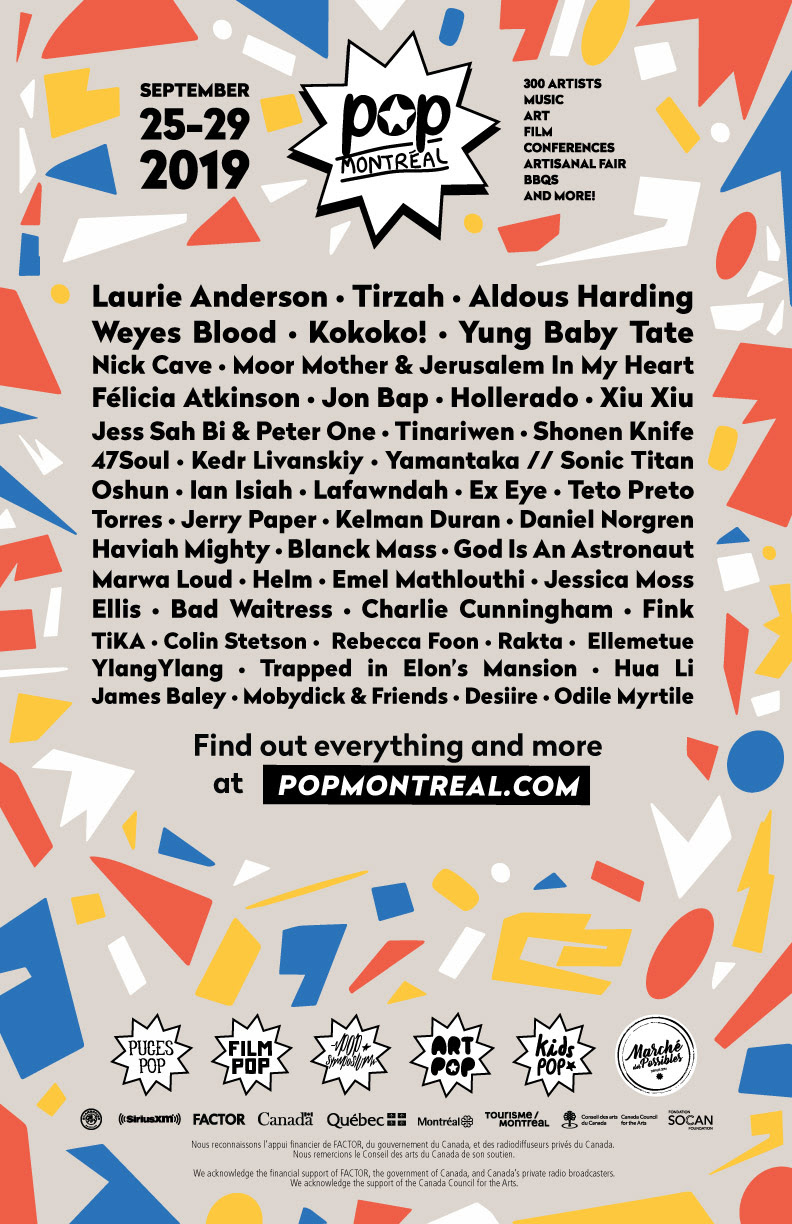 Pop Montreal has announced its initial lineup. The festival is taking place at multiple venues in Montreal, Quebec on September 25-29, and the bands announced so far are diverse and interesting as always. Art pop legend Laurie Anderson tops the lineup, as well as Nick Cave, who will be doing one of his “Conversations With” shows involving Q&A sessions and solo piano performances. Also on the lineup are Weyes Blood, Tirzah, Aldous Harding, Moor Mother & Jerusalem in My Heart, Xiu Xiu, Shonen Knife, Felicia Atkinson, Tinariwen, Yamantaka // Sonic Titan, Ex Eye, Torres, Blanck Mass, God Is an Astronaut, Colin Stetson, Rakta and more.

Take a look at the lineup on the poster above and at the festival website. More acts expected to be announced in the coming months.

Weyes Blood’s Titanic Rising and Rakta’s Falha Comum are on our list of the Best Albums of April.