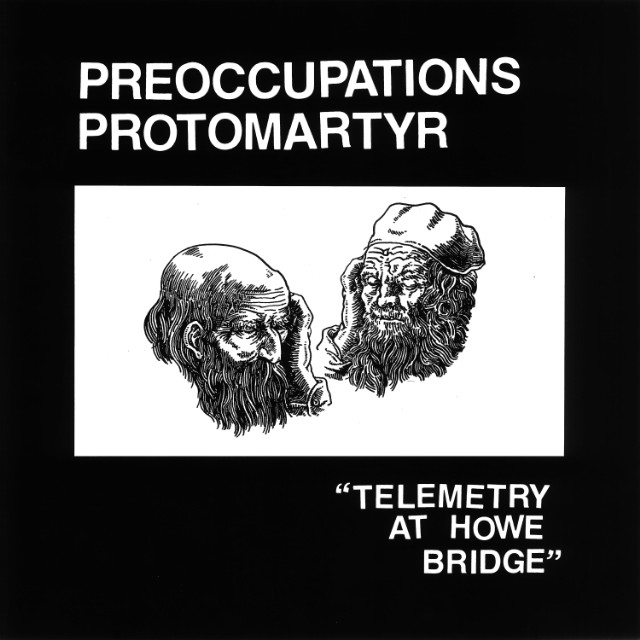 Earlier this year, Protomartyr and Preoccupations announced they’re embarking on a tour together, which will begin in November. And it makes perfect sense, given that they both make haunting and abrasive modern updates on post-punk, notably on Protomartyr’s Relatives in Descent from last year and Preoccupation’s recently released New Material. But there’s more to the two bands’ joint activity than touring together. The two bands are releasing a split 7-inch, titled Telemetry at Howe Bridge, that finds each band covering the other. Today, Protomartyr have released their take on Preoccupations’ “Forbidden,” which can be heard below. Preoccupations, for their part, are covering Protomartyr’s “Pontiac 87.” The 7-inch will be released November 16 via Domino.

Protomartyr’s Relatives in Descent is on our list of the Top 50 Albums of 2017.