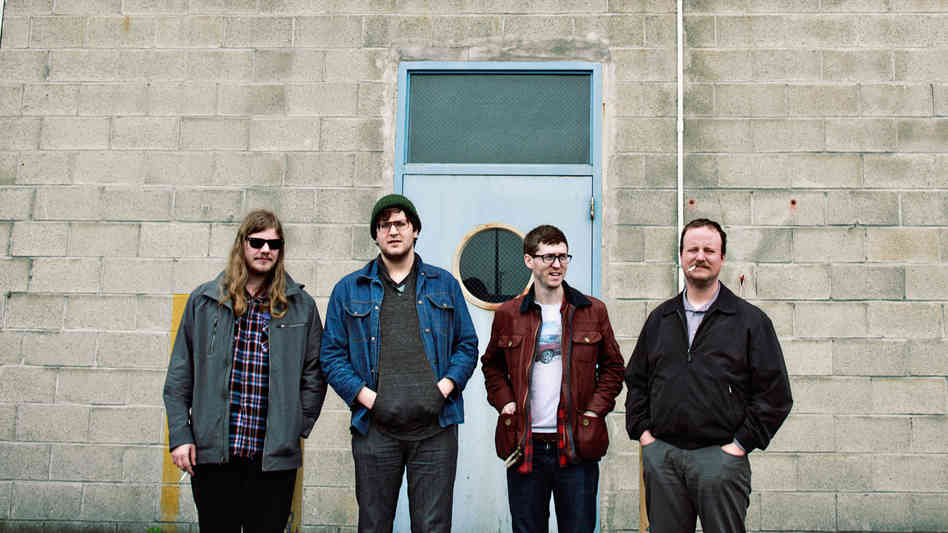 Upon finding out that Protomartyr‘s first album, No Passion All Technique, was recorded in just four hours, my jaw literally dropped; an album like that sounds way too awesome to be made so quickly. It’s just one of two nearly flawless albums Detroit post-punks (whatever that means) have released since 2012, and after talking with the band on the back patio of the Beer Belly Pub in Syracuse, NY before an April 10 show at the Gorham Brothers Music shop, the band has no intention of slowing its prolific pace down. And even though the group just released Under Color of Official Right for Hardly Art, a sister label of Sub Pop, the band says they would have no problem going into a recording studio next month to make another album. Protomartyr have already been stacking up songs that no one has heard (except maybe live); they’ve been practicing and playing them out for longer than you might think.

It’s probably already pretty clear, but No Passion All Technique is an ironic title. Protomartyr — Joe Casey (voice), Greg Ahee (guitar), Alex Leonard (drums) and Scott Davidson (bass) — actually have plenty of excitement for music; it’s highly evident when they play, and likewise when they’re talking about music. These music lifers are funny, insightful and, when it comes down to it, mean business. During our conversation, Protomartyr opened up about their new record, the city of Detroit, and why it’s a lie when bands say that they don’t play for the fans.

Treble: Alright, so, the No Passion All Technique title was a joke, but for what reason?

Greg Ahee: The fun thing about that was that people thought we didn’t give a fuck about any sloppiness that was calculated, trying to fit in with some sort of shitty punk scene, when, really, we have talent.

Alex Leonard: We came off like we were some kind of music technical freaks, which we’re not. We get miss-quoted though, people think the opposite, like, “all passion, no technique, yeah, great!” The whole thing is a joke.

Joe Casey: The album titles come from lyrics in a song, even though I kind of already know what the album name is going to be.

Treble: I still can’t believe how quickly the first album was tracked.

GA: We just did one take of each song, and some of them we wrote only two weeks before.

AL: We played them live for a long time.

Treble: Is that the trick then, playing songs live before recording?

JC: Yes, we practice a lot, we play out a lot, and figure out what songs work. The reason we did it in one day is because Urinal Cake Records didn’t pay for the record; we paid for it. We had money for only one day, so we went to work, and it worked out.

GA: But that wasn’t the plan. We were coming in to record two songs for a 7-inch, and then the guy recording us was like, “Do you want to do more?” Yeah, alright, let’s do more. Then, we got to 16 or 17 songs and the guy asked if we had more, and we went for 20 songs.

Treble: So, the guy recording you must have liked what he was hearing?

GA: No, he just kept recording.

JC: We cleaned the decks, man. With the new one [Under Color of Official Right], we wanted to record an album, and with a different approach; three days as opposed to one. It was a step up, and we’ve benefited sonically. It was more thought out this time.

AL: The Keyclub (Benton Harbor, Michigan) had dorm rooms, so we’d work for 14 hours and then sleep there. Bill Skibbe is great; he’s the coolest dude, and really hilarious.

Treble: I’ve noticed that Protomartyr has kind of blown up recently, whatever “blowing up” means for a band that is relatively still underground, but your new album was streaming on NPR before release. Have you noticed an increase in recognition, and if so, why is that?

JC: Yeah, being on a label [Hardly Art], and having a publicist that pushes us really helps. We love our first record, but it was through a local label [Urinal Cake] that didn’t have too much going on. It was just one guy, and his idea was that every record had to be pink, like the color of a urinal cake.

JC: Yeah, thanks, we have a pink record now.

AL: The full-length was black though; no one has the pink 7-inch.

Treble: How did the Hardly Art deal happen?

JC: I knew a guy, Rubin, who lived in Seattle, and I would send him our crappy, earliest demos, and he was working at the label. We got the attention we needed.

Treble: Do you care about gaining fans? I’ve heard some bands say that they don’t care about having a fan base, they just play for themselves.

GA: They’re full of shit; most of those bands are lying. If you play in a band, you’re playing out, and you do care about the fans. It’s awesome that people like what you do; we’re playing out. We give the same energy, no matter how many or how few people are watching, or where, but, for us, that’ll never effect how we make songs.

JC: We’re happy either way. If people like us, then that’s great.

GA: I’m not afraid if the fans won’t like a certain song. It’s great when people follow us, and care about our music.

Scott Davidson: It’s a good feeling to sell out records.

Treble: Do you get certain feelings from certain songs? Do some songs mean more to you than others? 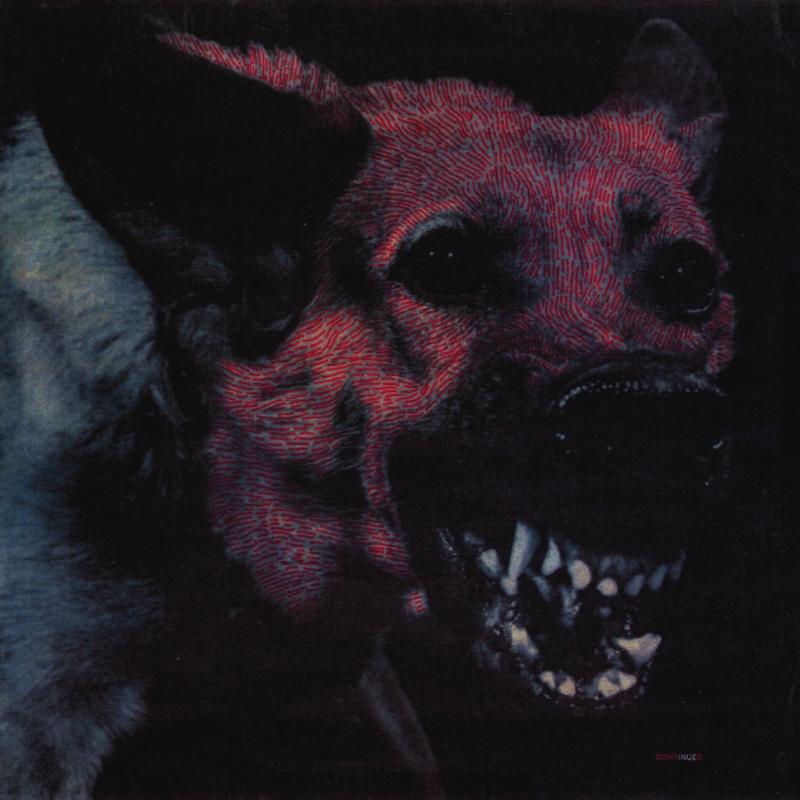 Treble: “Ain’t So Simple” off of Under Color of Official Right has a great hook, and so much energy.

GA: Yeah, see, that song is funny because it’s not my favorite, it’s fine, but I don’t like the way it sounds live. There are other songs that are much more fun to play live, like “Want Remover,” “Scum, Rise!,” and “Ypsilanti” from the first album.

Treble: Collectively, does the band agree on a lot of the songs?

JC: Yes…no. Sometimes, I won’t like to play a song, but then I’ll come around to it later.

AL: Let’s just skip it for this show, I’ll say.

GA: When we wrote “I Stare At Floors,” I was trying to come around to it.

JC: That’s what I do, I stare at floors. That was a lyric idea I had for a long time, and I tried plugging it in to different songs.

GA: It took me a while to get into “I Stare At Floors.” Alex and I went back to finalize the mixes, and I still didn’t know about it; I wanted to be really psyched about that song. Alex thought it was good, but we still didn’t know; the other guys really liked it.

AL: It sounds different than everything else.

JC: A lot of people like it, especially people who stare at the ground.

Treble: It seems like Protomartyr has a lot of song ideas at any given time, so, can you tell when a song is shitty enough to do without?

GA: Yeah, I’ll know right away, like, “I hate this song.” We get in fights over that. I get really passionate when I don’t like a song.

JC: Usually, it doesn’t get to that point.

GA: Definitely, there will things I’m unsure about that we’ll talk about. If we cut a song, it’ll be early on, and those are done, never to be played again.

JC: There are songs that we’ll like for a week, and we’ll play it out, but then we’ll all agree that it’s not good.

Next: Live show chicanery, and Detroit.