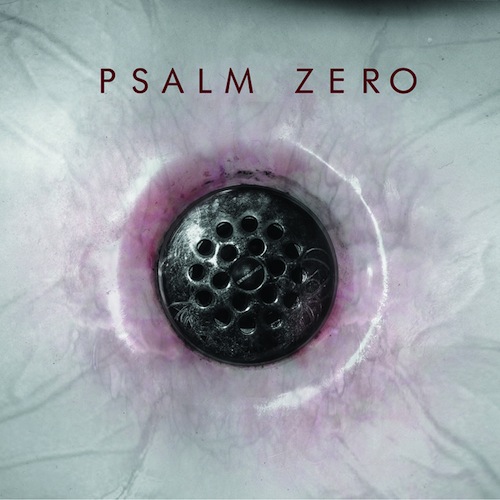 Andrew Hock and Charlie Looker, the two musicians and songwriters behind industrial metal project Psalm Zero, arrive at the band from two dramatically different backgrounds. Hock is the guitarist and vocalist in New York avant garde black metal outfit Castevet, having molded metal into abstractly melodic shapes on outstanding albums like 2010’s Mounds of Ash and last year’s even more challenging Obsian. Yet Looker’s built up an impressive resume in the improvisational prog of Zs and math rock sounds of Extra Life, without as much mileage logged in any recognizably metal-sounding bands. But there’s more in common between Hock and Looker than what might appear on the surface, both having entered their respective genres with the intent of doing something radical with them, each one innovating to an even greater degree with each new tick on the timeline.

It comes as a little bit of a surprise, then, that Psalm Zero is a lot more accessible and considerably more straightforward than what listeners might expect from Hock or Looker. This isn’t necessarily a bad thing; when you build up a reputation for being so musically radical, it helps to have an easier entry point for the curious but not yet so adventurous. Straightforward, for musicians such as these two, is a relative term, of course. On The Drain, the group mines the harsh, pile-driving sounds of industrial metal a la Ministry or Godflesh, but with a greater degree of weirdness. At times, the album is still closer to Castevet than it is anything Al Jourgensen (see the complex structure of “Chaos Body”). And yet, if you hold up the title track’s dirge-like pound against “As Fathomed By Beggars and Victims,” the former stands out pretty clearly as the one that’s a slightly easier listen.

Melody is actually a crucial element to The Drain, giving songs like “In the Dead” an unexpected catchiness. Though that song is also a prime example of how a side project with a different M.O. can lead to some inevitable growing pains. Clean vocals are much more prominent here than Hock’s menacing bark, so to hear deadpan, clean-sung readings of lines like “cemetery ga-yee-ates” comes across a little more awkwardly than expected. When the music hits as hard and with as much immediacy as most of The Drain does, however, such blemishes are easily forgiven.