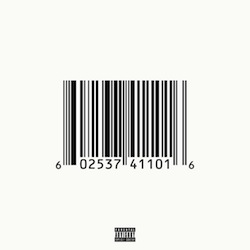 It only takes about a minute for Pusha T to lay down a clear, concise mission statement on his first official solo album, My Name Is My Name: “I rap nigga, ‘bout trap niggas — I don’t sing hooks.” Overlooking the fact that this is, ironically, a hook (rapped, though, not sung), this about as succinct and straightforward a summary of Pusha’s first major label solo outing. He’s not here to make slow jams, club hits or whatever folly would distract him from delivering his laser-focused lyrical venom. He’s here to rap, and damned if he doesn’t kill every verse that leaps off his tongue.

This is nothing new for Pusha, an emcee who’s never seen a rhyme he couldn’t intensify through his sick, throaty delivery. He’s a warrior behind the mic, hard and stoic — not above cracking wise, but most definitely wise enough not to make careless lyrical blunders a la Lil Wayne. Or, for that matter, Kanye West, whose name shows up in the production credits on seven tracks on My Name Is My Name, as well as that of Executive Producer. And in its darker, harsher moments — which are many — My Name Is My Name recalls the abrasive industrial grind of Yeezus. Between the two, though, Pusha T’s is the one with more commercial appeal.

True to his promise, Pusha primarily leaves the business of singing hooks up to his guests — Kelly Rowland, The-Dream, even one rare vocal from West, himself in a weird, amorphous Auto-Tune moment on “Hold On.” But West & Co.’s production lends a dark heaviness to each track where The Neptunes mostly left Clipse’s Hell Hath No Fury bangers cold and skeletal, much like the gritty narratives that Pusha and Malice spun on their hardcore masterpiece. But despite dabbling in pop on last year’s Cruel Summer and Kanye’s own masterpiece, My Beautiful Dark Twisted Fantasy, Pusha hasn’t softened his fierceness or sheathed his daggers. The title of the record is a quote from The Wire drug kingpin Marlo Stanfield, and when he’s in the zone, Pusha T sounds just as ruthless.

In fact, for as many guests as there are on My Name Is My Name, few can compete with Pusha himself, whose focus remains rock solid, whether on a chillingly stark highlight like “S.N.I.T.C.H.” or on the rare moment of mainstream fluff, “Let Me Love You.” On “Numbers on the Board,” a strong competitor for best song here, he doesn’t even bother letting anyone else into the booth, save for a fleeting sample of Jay-Z. Frankly, his seamless assault would just cripple anyone caught in the crossfire anyway. Big Sean and 2 Chainz drop a few goofball lines on “Who I Am,” but they’re little more than comic henchmen to a brilliant leader who sounds like he’s growing more unhinged as the song progresses. Only Kendrick Lamar — unsurprisingly — can match Pusha’s game on the jaw-dropping “Nosetalgia.” And for how intensely the beats, verses and characteristically icy drug talk come at the listener, Lamar’s reflection on how loved ones’ drug use affected his own childhood is the most devastating element of all.

With its best songs stacked up at the beginning and the end of the album, My Name Is My Name dips a little bit in quality toward the middle, but there’s no song here that doesn’t at least stun while Pusha himself steps up. For an artist whose catalog is far less extensive than it deserves to be, he sounds like he could keep unloading verses for another 40 minutes without even breaking a sweat. It may sound just like another album-opening boast when Pusha T says, “This is my time/ This is my hour” on “King Push.” But here — on a knockout that finds T more than living up to the potential on his first few solo records — he’s giving it to you straight.