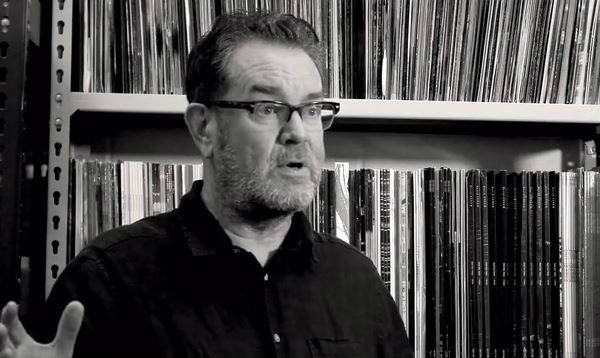 Graphic designer Vaughan Oliver, famous for countless pieces of cover artwork he created for 4AD Records, has died at the age of 62.

Oliver studied in Newcastle and moved to London in the 1970s to transition into packaging design. After meeting 4AD Records’ Ivo Watts-Russell, Oliver became a full-time employee of the label in 1983, where he designed the artwork for essentially every record the label released up through 1987 with partner Nigel Grierson, with whom he formed 23 Envelope.

Oliver later retired 23 Envelope and began operating under the name v23, continuing to design album artwork in addition to doing advertising work for the likes of Sony and Microsoft.

Some of the albums that feature Oliver’s designs are Pixies’ Doolittle, The Breeders’ Last Splash, Scott Walker’s The Drift, This Mortal Coil’s It’ll End In Tears, Cocteau Twins’ Treasure, TV on the Radio’s Return to Cookie Mountain, Lush’s Split, as well as records by Throwing Muses, Clan of Xymox, Wolfgang Press, A.R. Kane and more.

See some of Oliver’s work at v23’s Cargo Collective page.

4AD Records founder Ivo Watts-Russell released a statement about Oliver: “Vaughan Oliver taught me to appreciate quality. He taught me how to look at the physical world. He was a force of nature and I’m having such a hard time processing this.

I have no idea how to define in a few words the enormous impact he had on my life. Two Virgos with a tendency toward being controlling we somehow managed to compliment and bolster each other in our mission to transcend mediocrity. The breadth and scale of work is incomparable, continuously fanned by the inspiration a new collaboration would bring. I’m aware that we each considered the other a bit of an enigma, a contradiction to our own personalities, and I also know that our mutual respect for each other remained intact.

We had drifted apart having less frequent contact as the years passed and I moved to the States. This last year, aware of an unrelated but serious illness gave me cause to bully my way back into his life a little. I was scared for him then so found myself participating in more genuine, heartfelt, conversation than we’d been used to working side by side for years. So some things were said.. words of affection, admiration and eternal gratitude.. that might just have been left unspoken. For this I’m grateful. But I’m so angry that, having made a full recovery, he was still taken. And, of course, I want to have just one more conversation.

It is rare to think of someone in one’s life and know that with absolute certainty that the course of both our lives were irrevocably changed for the better as a result. The results, the fruit, is available for all to see…in pictures at least.

Vaughan William Oliver, quite simply.. thank you for the beauty, the friendship, the work and the madness.”