If 1991 was a beacon of hope for music, 1992 was a disappointing follow-up. If there was one shining ray of hope in that year, it was R.E.M.‘s eighth studio album, Automatic for the People, somewhat a sister album and yet the polar opposite of U2’s Achtung Baby one year prior. (Members of both bands would then perform U2’s “One” as the conglomerate band, Automatic Baby). Like Achtung Baby, it was an album, later in a popular band’s career, that garnered more fan and critical appraise than most of their predecessors. Unlike that album, R.E.M. wasn’t trying to reinvent themselves so much as rediscover what made them great in the first place, a theme that R.E.M. would visit again years later. As an answer to the excessively peppy Out of Time, R.E.M. made an album sugared with sadness, a country rock album created for crying, harmonized for healing, and recorded for repeated listens.

Although every R.E.M. album has vastly different qualities, every release seems to share the same distinction, one stellar memorable track. From “Radio Free Europe” to “Losing My Religion,” R.E.M. has always knocked one single out of the box. Only Document can be said to have two equal lead singles. The only other difference lay in the strength of the other songs on the album. With Automatic, that stellar single was “Everybody Hurts,” (though some would argue it’s “Man on the Moon,” and they’d be wrong). In the spring of 1993, six months after the release of the album, that melancholy tune meant to comfort those in pain could not be avoided. It was everywhere. Drummer Bill Berry reportedly did most of the songwriting for the track, though he didn’t even play on it, and its simple lyrics were aimed toward teenagers in an attempt to give them an alternative to suicide. The irony behind that song is that Kurt Cobain was listening to Automatic some time shortly before his own tragic suicide, as he was so moved by the album he wanted to use it as a blueprint for Nirvana’s new direction.

But, just as “One” was a middle single in Achtung’s initial life, “Everybody Hurts” was a middle single for Automatic. “Drive” was the initial release, often compared to David Essex’s classic “Rock On.” It was a much darker direction for the group from Athens and would only signal the tone to come from the album as a whole. But then came “Man on the Moon.” The single hearkened back to many of R.E.M.’s more upbeat pop singles of the past, one of few of its kind on Automatic. Many now get the song’s timeline confused with the Andy Kaufman biopic of the same name, though the movie came seven years later. “Nightswimming” is possibly one of the more elegant R.E.M. singles to be released, with only Mike Mills on piano, Michael Stipe on vocals and a string arrangement by the Mighty Zep’s John Paul Jones.

Not many bands could pull off the type of songs that R.E.M. write and perform. For instance, how many bands could write a song about the choice of ending one’s life in old age? And yet, not only did Stipe and company do that with “Try Not to Breathe,” they made it an emotional, yet catchy and singable song in the process. That’s not easy by any standards. “Try Not to Breathe” also marks one of Stipe’s best vocal performances of all time. Then there’s “Sweetness Follows,” a diatribe against religion played and sung with such gravitas that you can feel every note resonating in your bones. And in true historically Stipe-y mumble mouth lyrics, who knows what the hell he’s singing about in “The Sidewinder Sleeps Tonite.” In the end, it doesn’t really matter as the song is a joyous country-pop confection. And whether you think he’s singing “Call me when you try to wake her up” (which is correct), or “Calling Jamaica,” (which isn’t), it doesn’t hamper your enjoyment of such a perfectly crafted song, even with Stipe’s laugh after his mention of Dr. Seuss. But the most rocking song on Automatic is “Ignoreland,” a song that the band members reportedly were disappointed with, namely in its production. And so, the song wasn’t played live until an entire album was released consisting of songs that sounded eerily similar to it, that being Accelerate.

“Find the River,” the closing song from Automatic for the People, proves that R.E.M. were setting out not to make a collection of filler to house a few singles, but to create a worthwhile album from beginning to end. “Find the River,” the last song and final single to be released from the album, is the perfect conglomeration of R.E.M.’s signature sounds over the years. It has the intricate Southern gothic instrumentation of tracks like “Losing My Religion” and “Swan Swan H” while incorporating the country twang that started to become evident in Out of Time. I know there are other more popular tracks to close out a show, but “Find a River” is such an obvious showstopper, I’m not sure why it isn’t used more often. In fact, according to an R.E.M. website, the song has only been played 86 times in the band’s history. Also, “Try Not to Breathe” and “Sweetness Follows,” the two true downer songs, have been played even less. Which would make it all the more amazing if R.E.M. were to someday decide to play the great Automatic for the People in its entirety. Of course, if they were to opt for Life’s Rich Pageant instead, I won’t be mad atcha. 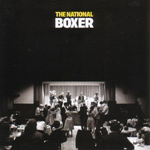 
Support our site: Buy this album at Turntable Lab