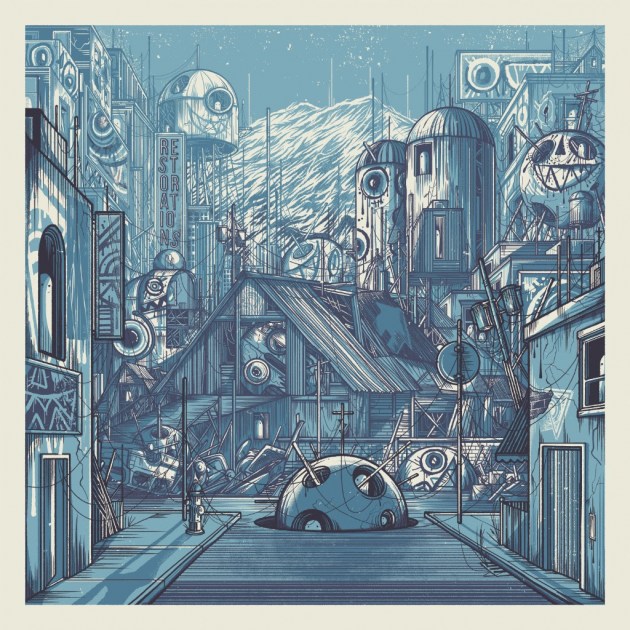 Philadelphia band Restorations has announced a new album. In September, the band will release LP5000 via Tiny Engines, who released their 2011 debut. The group released a couple of records on SideOneDummy, which ended up downsizing earlier this year and laying off most of its staff and letting go of most of its bands, and are now back with their previous label. The group is releasing the first single from the album in June, but for now they’ve shared the tracklist (below) and artwork (above).

“LP5000 is everything that fans have come to love about Restorations: Anthemic heartland rock-and-roll replete with mile-wide riffs, psychedelic chooglin’, and too many guitars,” reads a statement about the album.