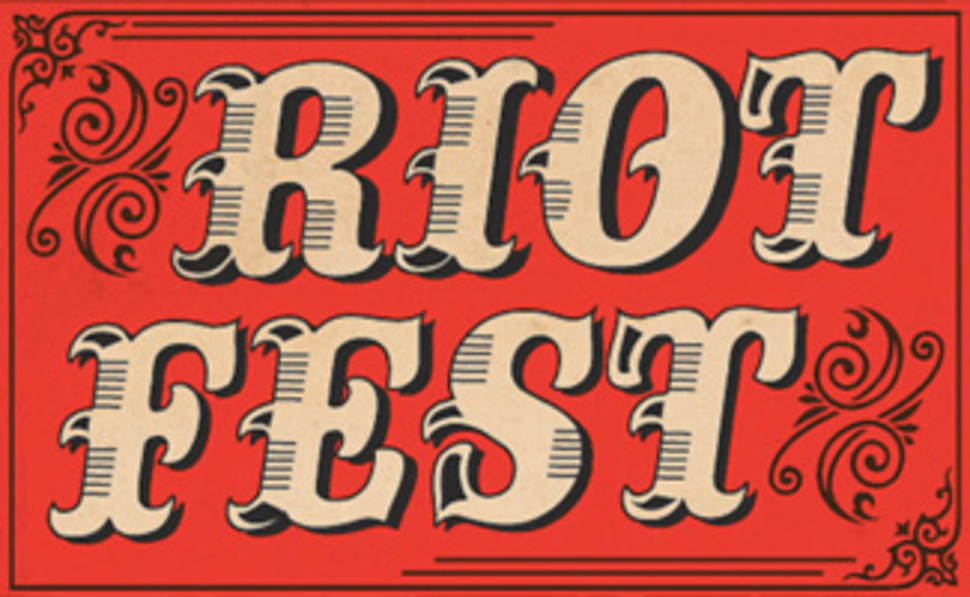 Julian Marley will perform Bob Marley and the Wailers’ Exodus in its entirety at both Riot Fest locations, Denver and Chicago. The Denver dates (September 2–4) now include sets by 2 Chainz, Gogol Bordello, DeVotchKa, and The Lillingtons. The hometown fest in Chicago (September 16–18) now features The Flaming Lips, Sleater-Kinney, The Julie Ruin, The Bronx, and more acts.

Single-day and two-day tickets go on sale for both cities at noon CST (1:00 p.m. EST) today, June 28. Search for them on Ticketfly, or visit Riot Fest’s own sales pages for Denver and Chicago. Updated lineup posters are shown below. 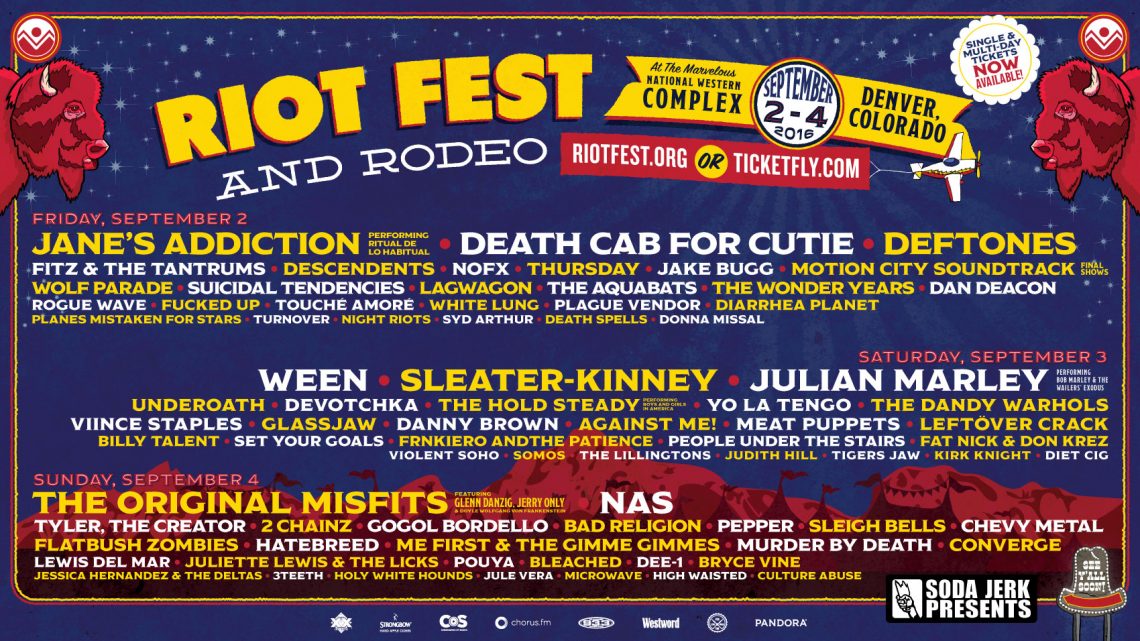 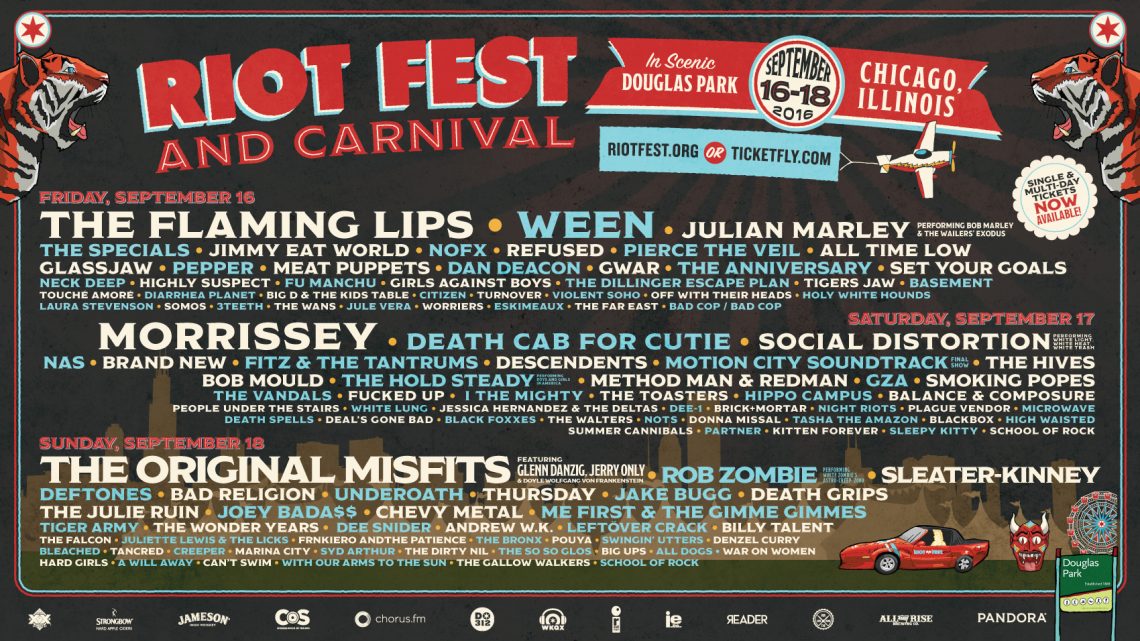