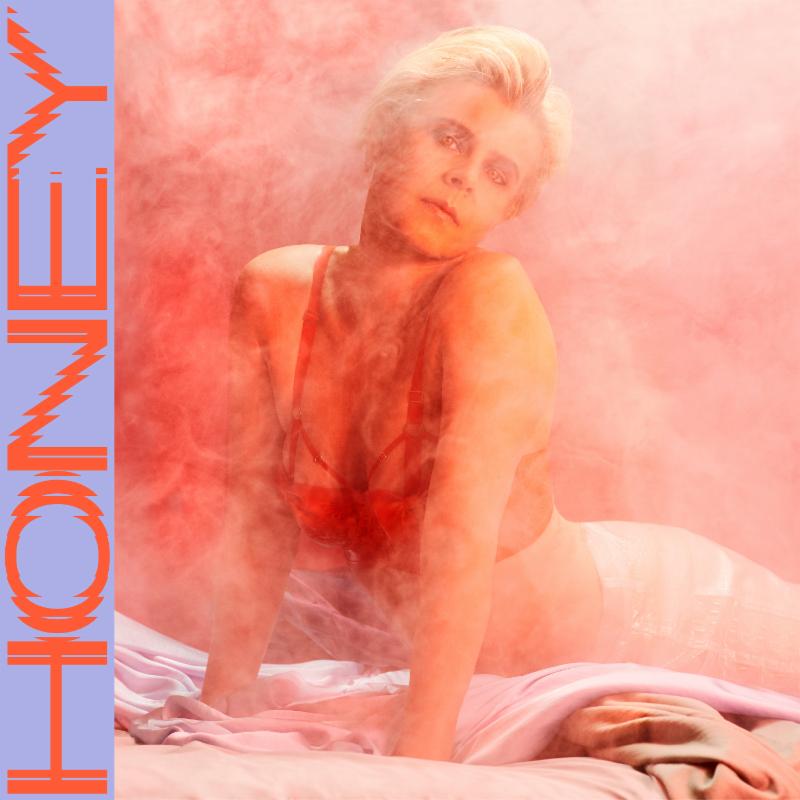 Robyn has just dropped the title track from her new album, Honey, in advance of the release of the long-awaited follow-up to her outstanding 2010 album and EP series, Body Talk, in late October (finally). In short, the new single (which follows “Missing U” from earlier this year) is relentlessly pretty. Its shifting throb of a melodic bassline and hummingbird hi-hats support Robyn’s lilting lyrics about instant gratification (“Every color and every taste/Every breath that whispers your name/Is like emeralds on the pavement“) and their ghostly glitches, echoes, and harmonies. A subtle slice of electronic groove so effortless as to barely break a sweat, “Honey” rests somewhere between 3AM house and the high-concept techno peaks of other legendary pop divas such as Kylie Minogue and Madonna.

From Honey, out Oct. 26 via Konichiwa/Interscope