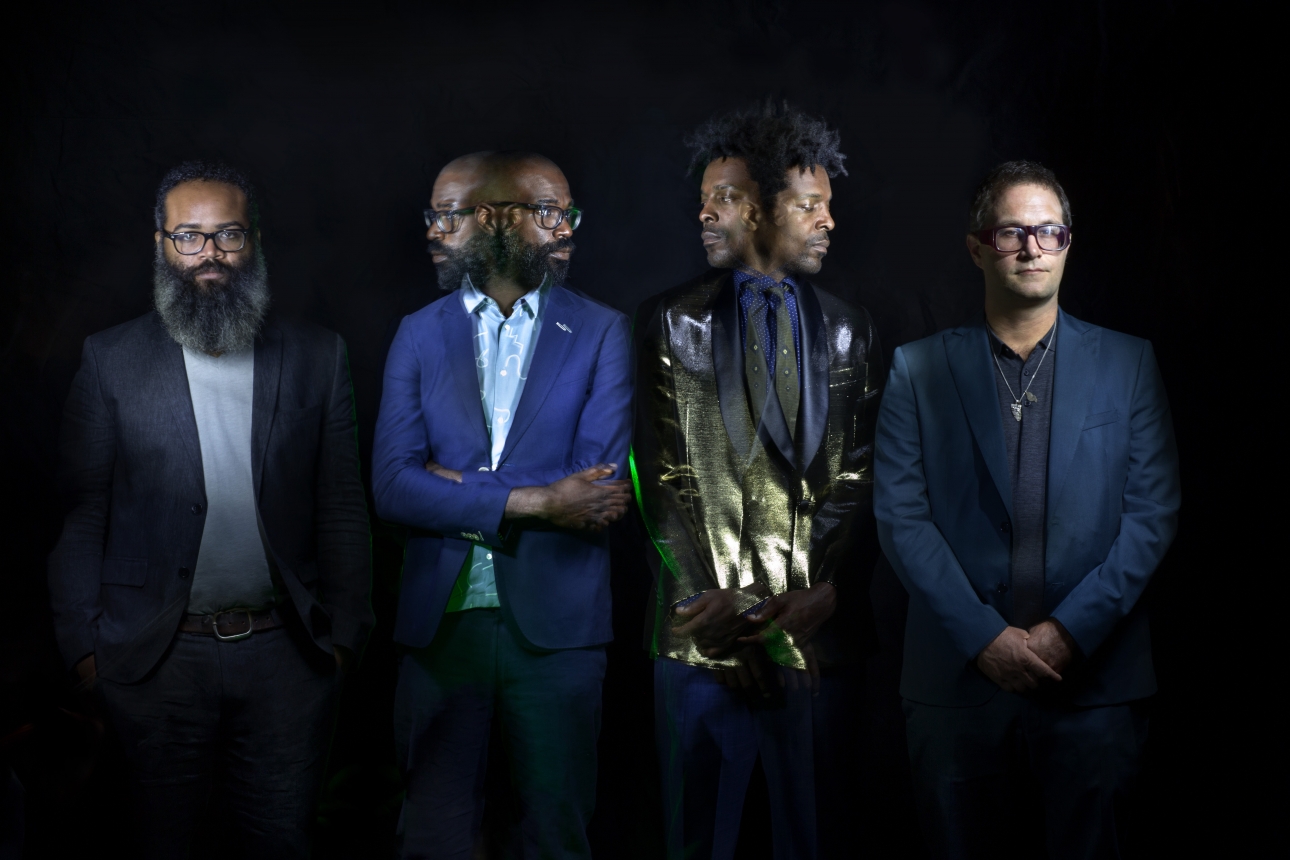 This week’s topic: We spend a lot of time highlighting our favorite music, both new and old. But as critics, we’re faced with an uncomfortable truth—even great artists can do things that we don’t like. They’re not perfect. And we’re not always willing to admit that. However, the truth must come out eventually, and even some of our favorite records can’t escape our critical ear. So it’s time for the tough love: What personal favorite album of yours has a glaring, even distracting flaw that you find bothersome?


Sam Prickett: TV on the Radio’s ​Dear Science​ is one of my favorite albums, but I usually turn it off about six minutes before the end. That’s because “Lover’s Day” is a pretty unbearable closing track, one that caps off an album of Bush-era political anxiety with a pretty clumsy song about fucking. Maybe the suggestion here is that the only escape from a fundamentally broken world is to lose yourself in another person—which is, I guess, one way to keep such a dystopic album from leaving you in total despair. But lines like “I want to love you all the way off / I want to break your back,” and “Ecstatic disaster / Come let’s arouse the fun,” feel decidedly unsexy—and keep the song from sticking any sort of cathartic landing. ​Nine Types of Light​’s album-ending ode to caffeine is a hell of a lot more believable.

Jeff Terich: I’m a very particular listener when it comes to indie rock—just see how fast I switch the dial every time I hear one of Tame Impala’s chillwave songs. Which is all of them, now. But even someone as exhausted with second-rate Arcade Fires as I am still can’t deny the best of the ’00s indie canon—seriously, we made a whole list out of it and despite a few missing entries, I sincerely love the vast majority of these albums. One in particular that’s just loaded with anthems is Broken Social Scene’s You Forgot It In People, a record that not only piles on some great Dinosaur Jr.-style anthems (“Almost Crimes,” “Cause=Time”) but gets weird (“Anthems for a Seventeen Year-Old Girl”) and goes dub (“Shampoo Suicide”). It’s overflowing with interesting ideas and great songs. Which makes it a little frustrating that producer Dave Newfeld couldn’t step away from the boards when the band had a good thing. All of the songs on the album are great, some of the production techniques are extremely frustrating. Why was it absolutely necessary to include studio talk throughout “Looks Just Like the Sun”? Why is Brendan Canning’s whispered voice mixed so loud in “Stars and Sons” that you can practically hear the saliva in his mouth? It’s like anti-ASMR. I’m surprised he didn’t capture the sound of someone chewing a peanut butter sandwich on here just for the sake of making an otherwise perfect noise-pop sound that much more uncomfortable. I still love this album, I just don’t always love the choices it makes.

Jacob Nierenberg: Confession time: I am a Xyloband-carrying Coldplay fan. I was in the eleventh grade when Mylo Xyloto was released, and I remember driving to my local Best Buy right after school to purchase the CD the day it hit the shelves. I loved it then and I still enjoy it now, but even after the first few spins, I couldn’t ignore how overproduced this album is; listening to it can feel like looking at an Instagram post with ten filters applied. “Every Teardrop Is a Waterfall,” “Hurts Like Heaven” and “Charlie Brown” are good songs that could have been great if they didn’t sound too lush, too glossy.

John-Paul Shiver: Laurel Halo, the American-born producer, musician, and DJ, has released four dissimilar studio albums since 2012, which move briskly from experimental pop, through minimal techno, to evergreen-ambient textures. Her avant-garde technique remains steadfast. To alter the properties of sound by tinkering with the roles that voice, machines and wide-open spaces can play in modern music. The last two solo records, Raw Silk Uncut Wood for Latency and Dust for Hyperdub, used ambient noise-electronic or classically informed-as a function to either meditate by or move to. It’s easy to get flummoxed witnessing her wringing and twisting the bejeezus out of the sixty-eighth edition of the DJ-Kicks mix series from this past March, on which Halo expertly shuffles musical microclimates like a card shark elbow greasing a three-card molly hustle. Presenting 29 tracks in 60 minutes (DAMN), she drags friends, unknown artists, and leftfield thinkers to walk through this door with her. Like a car mechanic dying to use every tool in the garage, the amalgam captures a specific eagerness: with tempo, dressed in polychromatic tones, throttling past our eyes and ears. Halo, caters the style of the mix to the terrain of the song. Maneuvering through fierce arpeggios, ruff bass lines, space-age micro-house, and machine-like landscapes.My one quibble is the two minutes per song average happening here. Eating before listening to this is an adventurous choice. Understand, I easily regard this mix as one of the best in the series ever. EVER. Up there with Moodyman, Kemistry & Storm, Andrea Parker and Robert Hood. She never lets us come up for air. From the chimes that start it off, we are desperately trying to hustle forward to keep up. We are bullied into submission and become resolute with the fact, being on edge is the ruse here. Again, Halo is an ultimate wizard at corralling sound tunnels that move faster than The Autobahn at rush hour. But damn Lady, can we hang out with a track for a second before we grabbing our coats?

Konstantin Rega: If you want weirdly great or greatly weird in the jazz biz, Pat Metheny is your man, and your band (Pat Metheny Group). He is a fantastic guitarist and has worked with some of the biggest and best names in the genre. Like his contemporary, Chick Corea, or other experimental jazzers, Metheny is excels at improvising. On his group’s 1984 album First Circle, their best song is the second track, “Yolanda, You Learn”, which winds about a loose melody with guitar, drums, and brass, as well as his iconic word-less vocals. However, this great song is belittled by its summation, which recedes off into a fade just when Metheny is getting somewhere new and darn well good. Actually, he has done this on several occasions: on his album Still Life (Talking) (1987) and We Live Here (1995). Just when the buildup is getting going, he pulls out, leaving the listener lost and not just a bit upset… Perhaps he does this to make the “buildup” all the more standout, but he still lessens, I think, the impact of his masterful creativity as a whole. But with that said, I dearly love his works and continue to ignore these, how shall I put it, artistic misdemeanors.

William Lewis: I’m a sucker for M83’s Hurry Up, We’re Dreaming. But the thing is just so damn long. Which I wouldn’t even mind that much if they hadn’t grouped the best songs toward the beginning and end of the album. There’s only so many thick guitar chords and synth builds one can stand before it’s time to skip a few tracks.