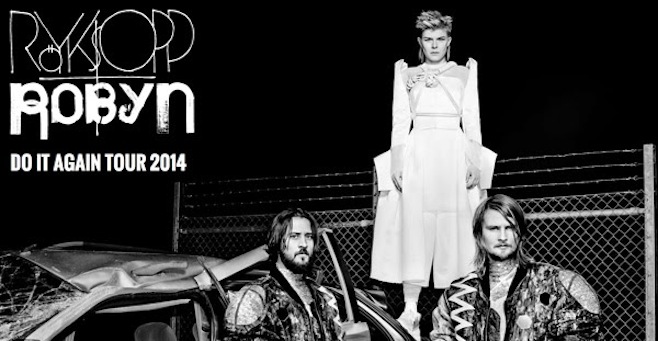 Röyksopp and Robyn have been regular collaborators in the past, coming together on “The Girl and the Robot” on the former’s Junior, and on the latter’s Body Talk album. And this summer, the two Swedish artists will be touring together. Their tour itinerary takes them to a handful of cities in Europe and the United States, on what’s being called the Röyksopp and Robyn Do It Again Tour 2014. Check out the tour dates below, along with a video trailer.