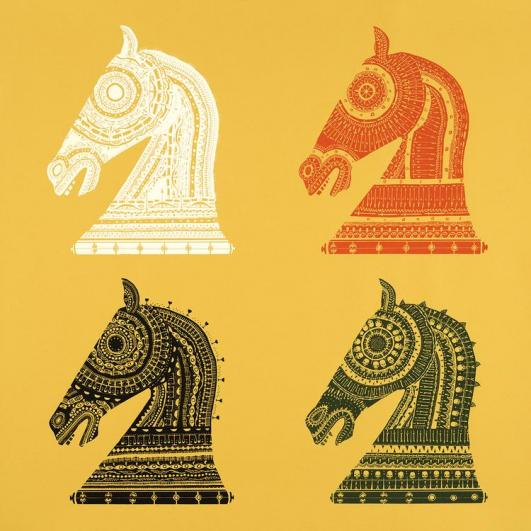 You’d be forgiven for thinking today’s folk-pop has jumped the steampunk-outfitted shark into the realm of glorified jug music. Trust me, I want the ghosts of every dead Ramone to come and haunt The Lumineers for ruining the good name of the syllables “hey” and “ho,” and I’m sure that every time Mumford and his goddamned Sons stomp a kick drum an angel loses its wings. Hell, at this rate I’d be OK with The Decemberists being restricted to just working in December. And yet, strangely, I want to believe that country sounds and rock’s haunted spirit can still mesh well beyond the confines of a Violent Femmes album. Johnny Cash’s new Out Among the Stars and Neil Young’s recently released Cellar Door live sessions suggest that the oldheads could get it right, and still do; even the quiet storm of 2013, Waxahatchee’s Cerulean Salt, added rustic ingredients to a cracked 1990s-indie formula.

So along come Saintseneca out of Columbus, Ohio, making the jump from small imprints (for two EPs and their debut LP) to the Anti- label for new album Dark Arc. The quartet look more like a crew of circus refugees than hipster musicians, so it almost fits that there’s an edgy carnival atmosphere to this release. They’re equally adept at rocking out in their version of new-school folk as they are at sitting in dark studio corners inserting weird noises into it. It’s apparent from track one, “Blood Path,” which opens in a macabre sonic setting framed by lines like “The flesh of God / Is flayed for you to eat” before expanding into more recognizable plaintive rock sounds of the moment. “Only the Good Die Young,” meanwhile, repeats a trope that goes back at least to Billy Joel until the band twist it at the last minute like a spoonerism: “If only young ones die good / I pray your corruption would / Slip like a slit in the wrist.”

While Steve Ciolek and Jon Maedor steadily power their way through backwoods balladry like “Takmit” and literate single “Uppercutter,” I have to believe that the secret weapon here is Maryn Jones. In addition to playing a range of moody strings, Jones enchants as a harmonic foil for frontman Zac Little. They deliver delicate duets in “Fed Up with Hunger” and the intro to “Visions,” and she stands out from the chorus that backs songs like “Daendors.” Little himself is also a flexible, occasionally haunting lead, a point best driven home in the album’s closing solo piece “We are All Beads on the Same String.” From the little interludes to its moments of fully fleshed out jangle, Dark Arc shows surprisingly rare depth in this booming genre. Saintseneca avoid the potential boredom of “just another” folk-pop release, stretching their sound to the borders of new American gothic.

The Tallest Man on Earth – The Wild Hunt