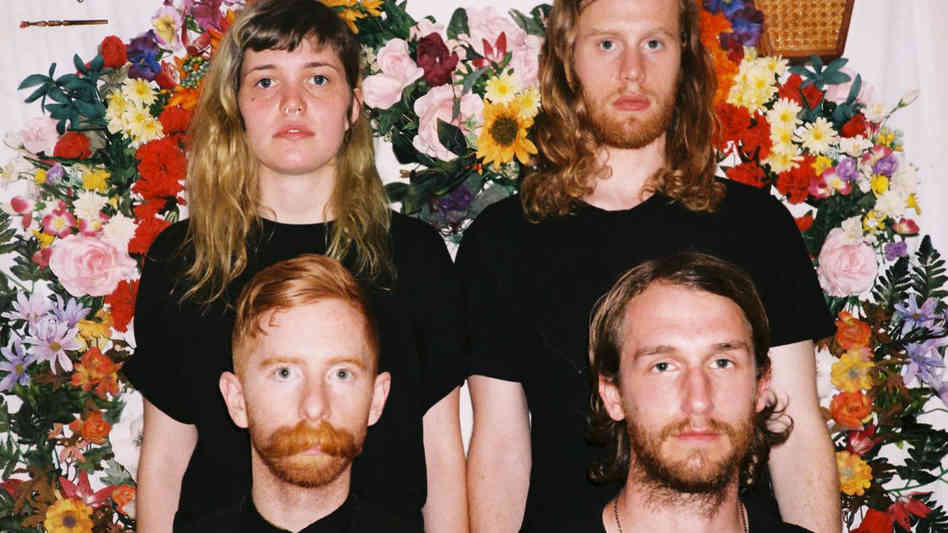 Columbus, Ohio indie rockers Saintseneca have been on tour for the better part of a year in support of their new (and awesome) album Dark Arc, but the band announced they were dropping out of the Fashion Meets Music Festival in their hometown on Labor Day weekend. The reason? R. Kelly. Last year, the Village Voice published a lengthy interview that Jessica Hopper conducted with Jim DeRogatis — the Chicago-based music journalist who investigated the sexual assault trial against Kelly — which contained a very thorough and, frankly, sickening account of Kelly’s history as a sexual predator. And it just so happened that, despite this information being out in the open, Kelly is headlining the Fashion Meets Music Fest.

Kelly’s presence at the fest led to some conflict among the bands lined up to perform, and this morning, Saintseneca announced that they would not be playing. On their blog, the band posted a statement about the festival: “We feel his selection as a performer ignores his very serious allegations of sexual violence and assault. We feel it is an affront to all survivors, who are already often overlooked and forgotten in our society.

“As a result, we’ve decided to withdraw from the festival. This is in no way meant to be a direct attack on the festival or its organizers; in fact, we genuinely appreciate their hard work and their commitment to bringing something new and exciting to our hometown. It is just that being so closely associated with this artist, especially here in our own hometown, is something we are not comfortable with.”

The band also announced that, instead of the festival, they would be scheduling a show in Columbus intended to support victims of sexual abuse. The show has not been scheduled just yet, but they said “final details will be forthcoming.”

Read our recent interview with the band.