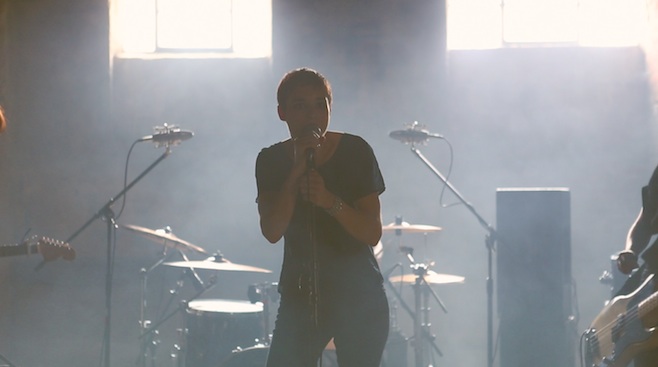 UK post-punks Savages are an arty, intellectual sort of group, so it shouldn’t come as too much of a surprise that the band took inspiration from Alvin Lucier’s minimalist experimental composition “I Am Sitting in a Room” for their new video. The clip for “I Am Here,” from debut album Silence Yourself, uses Lucier’s concept — in which he recorded himself reading the text “I Am Sitting In a Room,” re-recording and layering it until it became no longer recognizable as words — with their own song. The video, recorded in an old, empty warehouse space — and a pretty creepy looking one at that — captures the band’s live performance, which was then played back as the band recorded the room itself, 10 times. The atmospheric opening and ending of the clip is where you can hear that result. Check out the Joshua Zucker-Pluda-directed clip below.