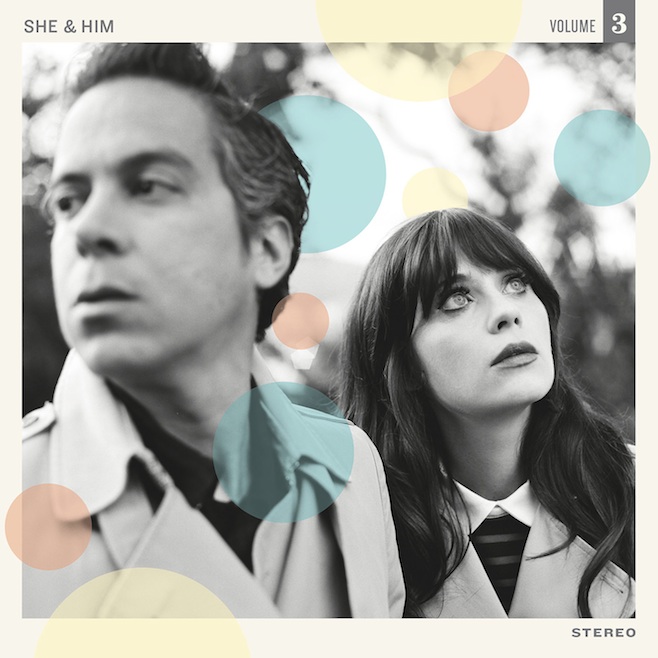 The duo of M. Ward and polarizing manic-pixie dreamgirl Zooey Deschanel are still going at it, slated to release their fourth album together, Volume 3, out on May 7 via Merge. The record will reportedly include 11 original tracks, written by Deschanel in between filming her kind-of-funny-I-guess sitcom New Girl, as well as three covers. Guests will include Mike Watt, Tilly And The Wall, Pierre De Reeder from Rilo Kiley, and probably more. Also, one of the covers may or may not be Justin Bieber’s “Baby,” we will update the situation as it unfolds.