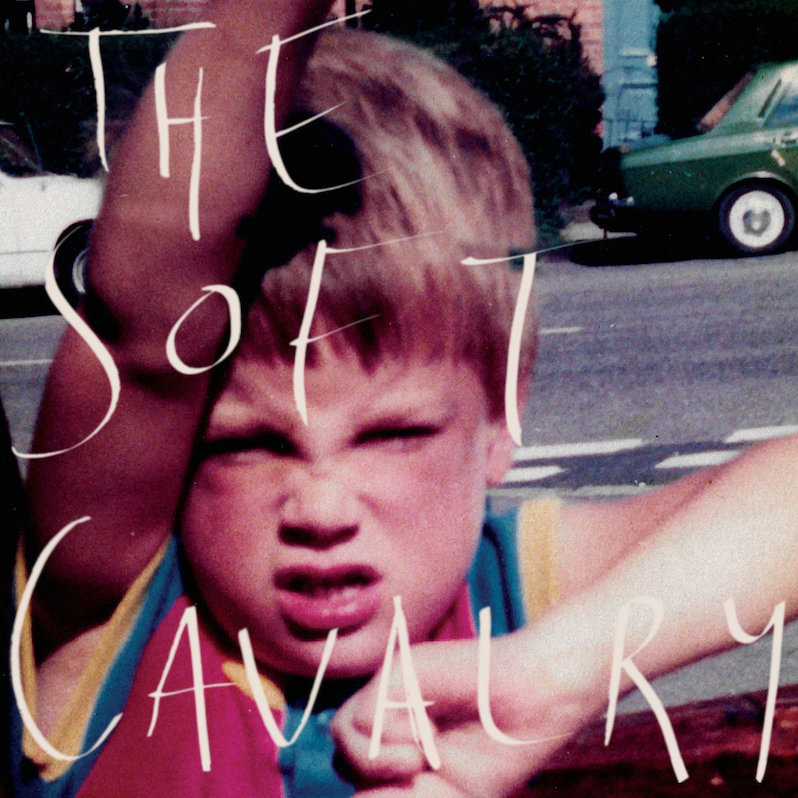 The Soft Cavalry will inevitably arrive shrouded in its associated fame—the involvement of Slowdive’s Rachel Goswell. But far from being some off-tour side project of the Reading shoegazers, this is largely the work of Goswell’s husband, Steve Clarke. An established musician in his own right having played in bands since the early ’90s (including a turn in David Brent’s very own Foregone Conclusion comeback tour), this self-titled debut serves as the first record he’s take creative control over. To be fair, though, Clarke is the first to credit Goswell’s influence over the record. Having met in 2014 and married last year, more than simply providing co-vocals and “spiritual/practical guidance,” Goswell also became what Clarke calls “the catalyst” for the record. “I’d always had ideas,” he says, “but never felt that anything I had to say was worthy of anyone’s attention, let alone my own.” Well, The Soft Cavalry has our attention, and it’s fair to say that it goes beyond his famous wife.

That said, it is of course tempting to look for creative parallels with Slowdive, and they are there. They go beyond merely raising an eyebrow at the opening track being titled “Dive” as well, with the echoes of Goswell clear and plentiful in the reverb of these songs. Her distinctive lead-vocal presence on “Passerby” makes it difficult to hear it as anything but a Slowdive song, especially in the steady build of its echoing chimes and ghostly atmospherics. While the huge, effect-laden payoffs that litter the record give it the cinematic quality Goswell and her gang always thrived on. But where the walls of sound Slowdive tended to deal in felt intertwined with melody, meticulous in their almost unnoticeable ebb and flow, The Soft Cavalry goes into more bombastic territory. Far from criticism, it simply demonstrates an alternative origin of idea. Whether of Clarke’s own making or the whisperings of his wife, the album loves a good explosion, often belying the gentle and restrained purpose with which many of these songs begin.

They’re dynamics that do often work. Clarke clearly loves the early ’80s influences of modern rock, and the likes of Talk Talk and R.E.M permeate his melodies and patterns, especially throughout calmer numbers the likes of “Dive” and “The Light that Shines on Everyone.” “Never Be Without You” even has an almost Gorillaz-like quality to its steady rhythm and buzzed vocal line. But the arena rock of King Crimson and Pink Floyd is what causes the soft arpeggiated keys of ‘Home’ to burst into thundering drums and soaring synthesizers amid crunched guitars, or “Careless Sun” to move from its stuttering vocal lines into a grand synth outro in a move that feels almost out of nowhere. Sometimes it can feel a little too much. You can almost feel Clarke trying to figure out whether the bubbling tension of “Spiders,” one of the strongest tracks in its sinister creeping, needs to release its built up pressure as it slowly fades—before he decides he just can’t help himself. While closer ‘The Ever Turning Wheel’ sounds like a full wrecking crew in its final minutes.

But by and large, Clarke’s creations work. Indeed it’s when his penchant for melody is given the chance to stand out that the record shines. Fortunately, this is the majority of the time. The flute-ridden “Only in Dreams” plays out with a gorgeous stage musical quality, almost Bowie like as Clarke battles with self doubt, “only in dreams can I be as strong as I ought to be.”  Even in its moments of bombast, he showcases an ability to weave achingly lovely melody into the noise. It’s a quality you can’t help but feel is aided by the influence of Goswell, most noticeable in the excellent “The Velvet Fog,” a beautiful shoegaze builder that owes much to Goswell’s catalogue. Clarke has said this is an album about resilience, “recovery versus new doubt, I’m there, in the middle,” he says. This rings true, not just in what he explores in his lyrics, but musically as well. To finally bring years of ideas into a record takes bravery, but will also never by perfect. It’s a record with its share of beautiful moments, thrilling and enthralling in its sincerity, but also in need of refinement. By all accounts The Soft Cavalry have plenty to come, and with the guidance of Goswell and the finally tapped writing potential of Clarke, that can only be a good thing. 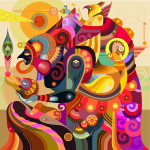