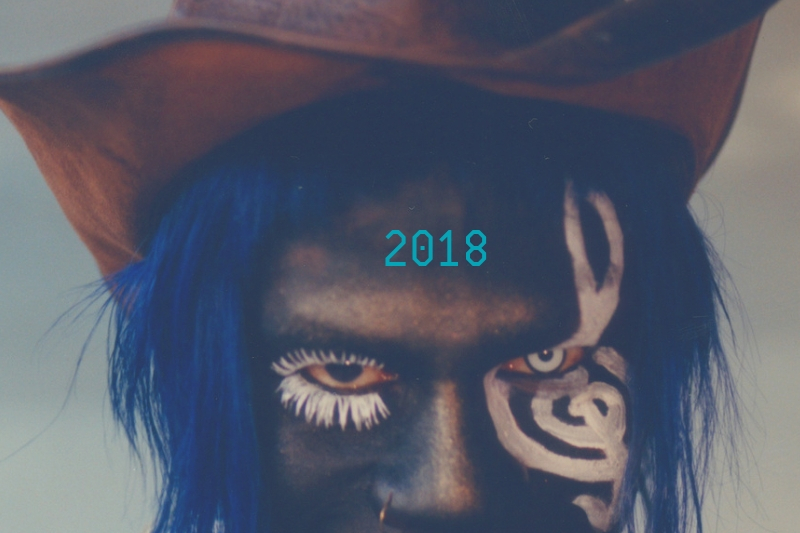 Discerning between what we classify as electronic music and what we don’t becomes a more complicated judgment call every year. Rock and pop artists that make entirely analog recordings are in the minority, if they even exist at all, and hip-hop of late has been dominated by a signature drum machine sound. In narrowing down our list this year, we had to ask ourselves if an electroacoustic artist should make the cut, or for that matter, a celebrated indie rock band that fully embraced electronic aesthetics. In the end, that’s what it came down to: aesthetics. Rather than examine the methods, it was about the sounds of the records—what we ended up with, by and large, was a set of music by veterans finding new ways to explore their equipment, from a pop diva embracing house, an avant-garde innovator delivering a love letter to club music, an ambient godfather going deeper into the darkness and a singular IDM mad scientist finding yet another winning formula. Our picks for the 10 best electronic albums of 2018 don’t have all that much in common, but where they intersect is in carving out a brave new path for programmed, synthesized and beat-driven music. 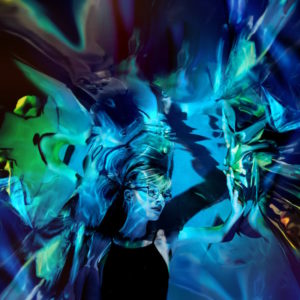 There was a brief moment of meditation on whether or not Kelly Moran’s Ultraviolet constituted an electronic album. In essence, this is a record of modern improvisational music performed via prepared piano—an instrument Moran has dedicated herself to for years. It’s also a record that finds those improvised piano pieces edited down and stitched together, then washed over with warm layers of synthesizer. The end result is somewhere between modern classical music and Aphex Twin at his most meditative or Björk at her most wintry. This is gorgeous, seemingly delicate music that conveys both a virtuoso’s strength and a comfortingly chilly atmosphere. Electroacoustic or otherwise, Ultraviolet is breathtaking and alive. – JT 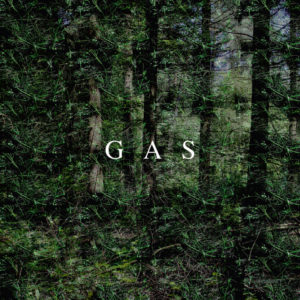 You might find it odd that I’m praising Wolfgang Voigt’s Gas project for one of the best albums of the year so recently removed from panning him. This exemplifies the challenge constantly faced by ambient electronic artists; compositional shades of gray are all that stand between humming masterworks and boring drones. Narkopop last year didn’t do it for me, even though it’s not all that far removed from releases before Gas’ long hiatus. Everything about Rausch, from the strings to the beats, is just slightly more in your face (ears?) and it makes for about as, um, aggressive an album in this catalog as there might be. – AB 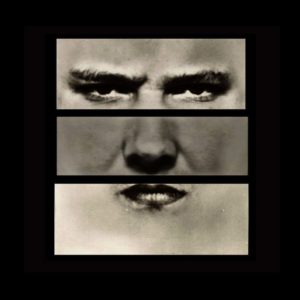 If you blinked in February, you may have missed this 11th studio album from Jack Dangers and friends. I’m glad I didn’t, because I’ve been playing it all year. It takes bits and pieces from everything Meat Beat Manifesto’s ever done right across a 30-year career intelligent techno and industrialized dub, and jams them together like a jigsaw puzzle that looks beautiful under the influence of MDMA. From treated military dialogue powering the old-school feel of “We Are Surrounded” to EBM showing EDM how to do bass drops right in “Unique Boutique,” Impossible Star is full of brand new stuff that could be mistaken for a greatest-hits album. – AB 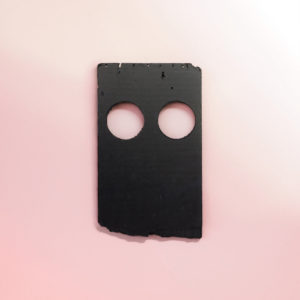 One of America’s finest slowcore-cum-dreampop bands shows up on this list because the bots have taken over, and in convincing fashion. The Duluth trio had really started to embrace electronic production and synthetic manipulation of their rock on 2015’s Ones and Sixes. Now, three years later, Double Negative finds the technology hugging back like something out of a Boston Dynamics video. The process feels very much like Bon Iver plugging in their Autotune (or Radiohead their Ableton), but Low take the process many steps further and challenge their listeners to grasp at strands of melody, shreds of discernible lyrics, and shadows of meaning. It’s one of this year’s most fascinating left turns. – AB 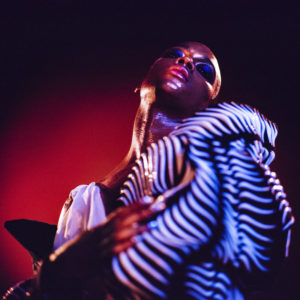 It’ll come as no surprise to anyone reading this feature that much of the best electronic music of the year is often incredibly dark. It’s inescapable in pop culture—even the top 40 looks exceptionally bleak right now. But the darkness that Lotic courts isn’t hopeless. It’s often human, the Berlin-based producer addressing their personal identity (“Brown skin, masculine frame/Head’s a target/Acting real feminine/Make ’em vomit“) in a vulnerable way while creating production around it that feels menacing or destructive. Lotic, similar to a producer like Arca, crafts electronic music that’s tender under the guise of being chaotic. The too-perfectly-titled Power is beautiful music that’s also terrifying, which makes it feel all too real. – JT 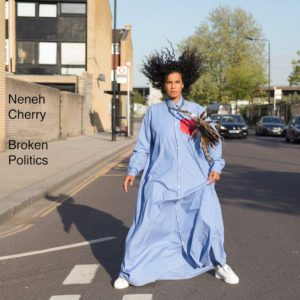 It’s easy to forget that Neneh Cherry released a handful of pop hits in the late ’80s and early ’90s. She’s far removed from those days, not just in terms of the passage of time but in her actual artistic vision. Her jazzy return with The Cherry Thing in 2012 made clear that Cherry sought more challenging territory, and soon found an ideal collaborator in Four Tet’s Kieran Hebden. Hebden’s production on Broken Politics, Cherry’s third album in six years, curiously circles back to the trip-hop sounds that Cherry, herself, influenced. But there’s nothing throwback or nostalgic about the album, a mostly muted meditation on the frustrating state of the world that mostly offers questions—but questions that all of us are asking, which makes it somewhat more comforting in the scheme of things. For all of its detours through the darkness of Earth: 2018, it’s a stunning sounding record, from the dub basslines of “Kong” to the dancehall sirens of “Natural Skin Deep” and nods to her own father’s “Brown Rice” in “Deep Vein Thrombosis.” When easy answers are in short supply, it’s some relief to have the salve of these soothing, eclectic sounds. – JT 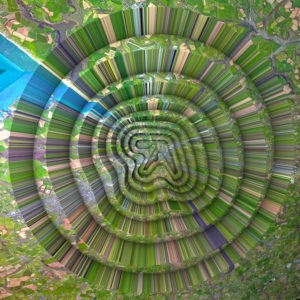 Aphex Twin has spent the past five years making up for a dry, quiet decade, and he’s not just releasing more music now than he has in years, he’s releasing some of his best material since the ’90s. Syro and the steady stream of EPs that followed proved that Richard D. James had more experiments to try, more canvases to splatter, more wires to cross, and yet Collapse, his eighth (commercially released) set of music in five years, not to mention various self-uploaded bits and pieces, is among the best of them. It’s more immediate, more physical, more prone to actual, dancing? That can’t be right—some kind of twitchy, ecstatic movement, however. There’s funk in these glitches, melody beneath the system errors. IDM? I dunno. But it sure is fun.  – JT 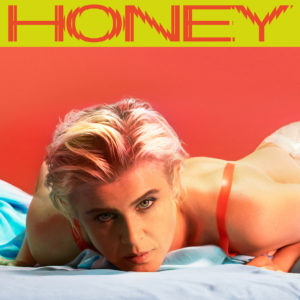 It’d be easy to listen to Robyn’s first album in eight years and focus only on the club-ready sounds, the hooks, the intoxicating synthesizers and physicality of its BPMs. There’s so much joy and hedonistic feeling in the music on Honey that, much like on her excellent singles “Dancing On My Own” or “Call Your Girlfriend,” it’s almost easy to overlook the hurt that throbs beneath the house beats. Honey is an album born of grief and loss—the death of a creative partner, separation from a romantic partner—and even at its most pleasure-forward is just one item of clothing left behind from opening an old wound. The first verse of “Missing U” twinges with sadness: “All of the plans we made/That never happened/Now your scent on my pillow’s faded/At least you left me with something.” And on final track “Ever Again,” she swears she’ll never be broken hearted again. That’s not how it works, and Robyn knows it, but her defense mechanism is a solid one: nine songs of brilliantly beat-laden pop that provide all the comfort and catharsis needed in case of heartbreak. – JT 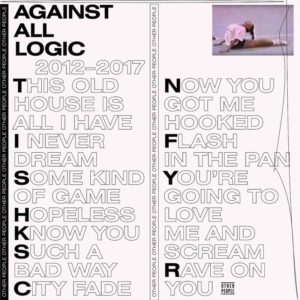 Sometimes a name change is the only new context a musician needs to strike creative gold. Despite being a producer and remixer of some serious dancefloor repute, Nicolas Jaar’s album projects under his own name have taken far more experimental paths and engaged in more complex storytelling. Sure, they’re earned and deserved accolades, but I don’t know who might have something from Sirens ready to cue up on their Serato. This album finds him using the new Against All Logic pseudonym to release tracks purportedly created from 2012 to 2017. It is commonplace, and in doing the commonplace so well it is joyous. Full of intriguing takes on acid, Balearic, and breaks, at worst this realigns his identity with the EPs and edits that first earned him buzz. At best, it gives him a completely new one to build to his own taste. – AB 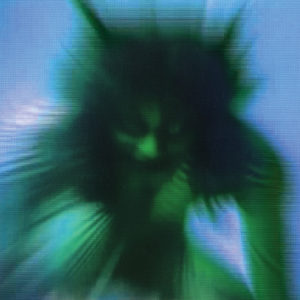 1. Yves Tumor
Safe In the Hands of Love

Purple Rain was not just a soundtrack, it was a movie. Its players—musical and filmic—included not just Prince but veterans, satellites, and hangers-on of both Paisley Park as a creative hub and Minneapolis as a scene-at-large. Listening to Yves Tumor jump to the Warp label on Safe in the Hands of Love, I get the sense Tennessee mastermind Sean Bowie is trying to envision a modern retelling or recasting of the movie’s music at a minimum. Prince is here on stage dying 4 U, Morris Day’s over here making bird noises, Vanity 6 is over there asking if you think she’s a nasty girl, except Yves Tumor is smashing their images and piecing them back together like mosaics. Every music, every shade and shard of R&B suggested in the 1984 film is shot forward three-and-a-half decades to a hallucinogenic Gen-Z counterpart in gothic soul, abstract rap, and leftfield electronica. It reminds us of the earliest days of The Weeknd and How to Dress Well as they flirted with witch house, the newest and darkest hip-hop tendencies of contemporaries like Arca, even pillars of black rock from Fishbone to TV on the Radio. Strained and breathy exhortations of companionship fight through static and chattering samples. There are spoken-word nightmares with affected British accents and flies swarming over carrion. Canny chillwave funk bumps up against metal’s double-time cymbal crashes. Every song is different, every song works the same. If there’s one thing Safe in the Hands of Love isn’t, it’s safe. – AB