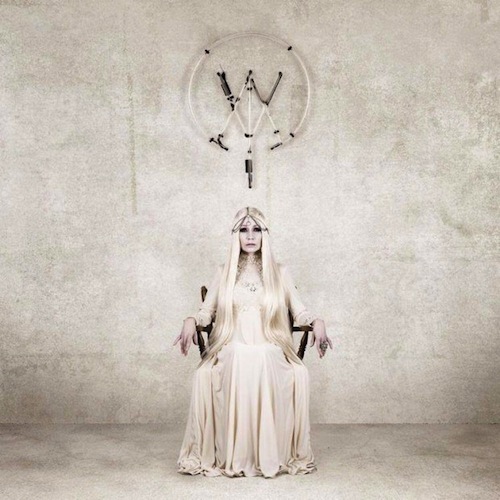 At the end of 2013, after Deafheaven’s unusually pretty Sunbather landed at the top of countless Best Metal of 2013 lists (including Treble’s own), critic Adrien Begrand proposed that the only innovations happening in metal are by bands who are stepping outside of the genre. He’s not the first to suggest that metal — traditional or otherwise — is in danger of growing stagnant. By the strictest standards of what metal is, that’s probably true; 45 years is a pretty good run, and metal’s younger cousin — punk — has been wheezing and coughing for more than a decade now. And let’s be honest — metal’s been living a lot harder than that righteous little prick.

But maybe it’s best to back up for a minute, and evaluate whether it’s really such a bad thing for metal to step outside of itself every now and again. Without an influx of new ideas, it becomes an echo chamber, the same staid ideas bouncing around and reverberating over and over. Metal, just like any other style of music, benefits from outside influence, but that being said, a little can go a long way. Chicago’s The Atlas Moth are very much a metal band — they’re loud, powerful and most certainly heavy. But within that framework, they take a lot of liberties with what metal can be; their 2011 album An Ache For the Distance was an incredibly atmospheric and moody record, built as much on ambiance as it is on riffs. In my review of the album, I compared the band to Disintegration-era Cure; they noticed. (And they didn’t openly disagree, for what it’s worth.)

The group’s third album, The Old Believer, is somehow simultaneously more and less of a traditional metal album than its predecessor. On some level, The Atlas Moth will never be a traditional metal band; there are merely too many moving parts, variables and iconoclastic tendencies for them to ever record anything that sounds like British Steel or Ride the Lightning. And indeed, many of the best songs here step well outside of the hesher comfort zone. “City of Light” crawls like vintage Isis, its tense and slow-moving rhythm building up to a powerful climax that doesn’t feel like an outright explosion as a natural extension of its ethereal opening verse. And “Halcyon Blvd.” shimmers with the sounds of Rhodes piano and clean-sung vocals, veering closer to shoegaze or post-rock territory, albeit with a palpable muscle driving its melodic approach.

In fact, the heavier use of Rhodes keys on The Old Believer is a significant addition to their sound, and makes for some unexpectedly elegant mixtures. By all accounts, “The Sea Beyond” is a heavy, riff-driven track. And yet, the meaty crunch of guitars sets up a perfect bed for a gorgeous layer of keyboard. If it’s guitars you seek, however, there are plenty of those throughout the record’s 50 minutes, their crowning moment being the stunning harmonizations that occur during final track “Blood Will Tell.” It’s one of the few most explicitly metal moments on The Old Believer, but even here, with riffs blazing, The Atlas Moth haven’t moved that far away from the atmospheric chills of “Halcyon Blvd.” The Old Believer doesn’t turn its back on metal’s past — there’s enough power here to drive a viking ship to the other side of the world and back. It’s just that The Atlas Moth have set their coordinates to metal’s future.