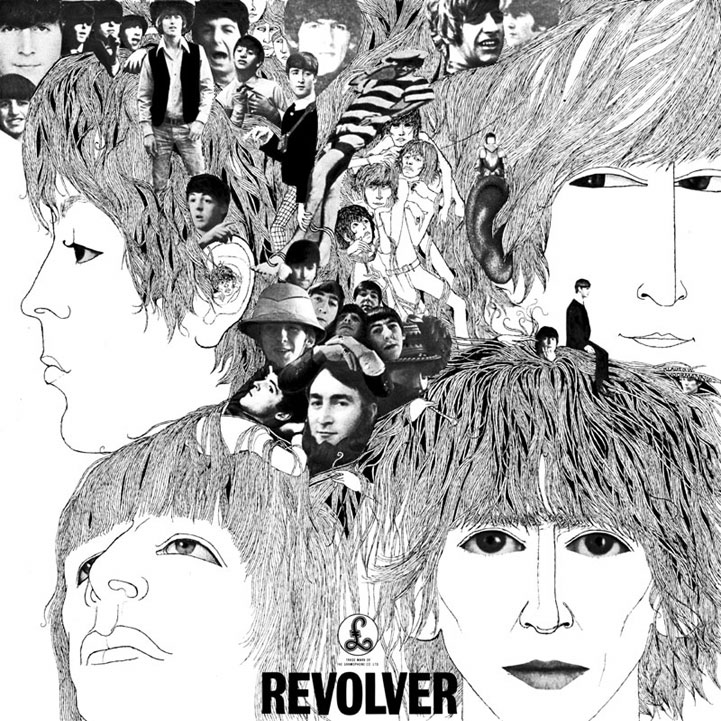 In the past ten years, it’s become almost cliché to say that The Beatles‘ Revolver is the greatest rock album of all time. And prior to this trend, Sgt. Pepper’s Lonely Hearts Club Band was called the greatest rock album of all time ad nauseum. It’s hard to pick between the two, as both albums were pivotal for the shaggy Liverpudlians. But then again, which Beatles album didn’t reflect some sort of turning point?

Though Abbey Road, The White Album and Rubber Soul have all been given their due at some point or another, the debate never seems to stray far from these two albums, smack dab at the center of The Fab Four’s career. Though both are landmark albums, reflecting dramatic changes within the band, Revolver is my personal preference between the two. Sgt. Pepper‘s is a great album, there’s no debating this. But Revolver is the underdog of the two. It still maintained the simplicity and garage-y-ness of The Beatles’ first five albums, yet opened the gates to the psychedelic experimentation the band would soon embark upon.

The songs on Revolver are all easily among Lennon and McCartney’s best, though some would say I’m being redundant. John Lennon offers some great rockers, like the melancholy “And Your Bird Can Sing” and the psychedelic “She Said, She Said.” Elsewhere, John takes a sillier route on “I’m Only Sleeping,” harmonizing about the joys of staying in bed (a pastime that he and Yoko would use to political effect in the ’70s): “When I’m in the middle of a dream/stay in bed/ float downstream.” The most talked-about of Lennon’s compositions on Revolver, however, is “Tomorrow Never Knows,” a bizarre, hallucinogenic trip involving tracks played backward, odd sound effects, the band’s heaviest drum track ever and lyrics pulled from the Tibetan Book of the Dead. It’s more than druggy, however. It’s utterly frightening. But it’s one of the coolest, most innovative moments captured on tape. This, of course, backfired, as every DJ and schmuck with a sampler built a career out of ripping it off.

And Paul, not always considered the hippest Beatle, actually offers the bulk of the album’s best moments. It is Paul who gives us the orchestrated sadness of “Eleanor Rigby,” a character sketch involving loneliness and old age, the horn-laden soul of “Got To Get You Into My Life” and the sweet dreaminess of “Here, There and Everywhere.” And as Treble contributor Sam Miller pointed out in his initial review of the album, Paul also offers the two most bi-polar tracks on the album — the ecstatically joyous “Good Day Sunshine” and “For No One,” a complete bummer by Macca standards. In the former, McCartney sings “I need to laugh/ and when the sun is out/I’ve something I can laugh about,” while the latter is a crushing song of heartbreak, telling of someone who, in a former lover, “sees no love behind the tears/ cried for no one.”

George Harrison’s Indian influence began to flourish on Revolver with the trippy raga-rock of “Love You To.” Though the Eastern melodies are stepped up and the sitar more prominent, the song was still short (though it is the longest on the album) in comparison to the more stretched-out “Within You Without You” from Sgt. Pepper’s. Harrison is also responsible for album opener “Taxman,” which boasts one of the group’s most memorable bass hooks, later nicked by The Jam in their 1980 single “Start!” It’s also one of Harrison’s most humorous songs: “Let me tell you how it should be/one for you, nineteen for me.” Ironically, at this moment in US history, you’d think the narrator was actually a CEO at Enron or WorldCom, but the song was actually Harrison voicing his concerns about his financial situation.

Ringo, unfortunately, doesn’t fare as well as the rest of the band, as the only song he sings on Revolver is “Yellow Submarine.” Again, Ringo is typecast as the silly one, left to sing the whimsical sea shanty. It’s not the worst song in The Fab Four’s catalog, but it’s not the best either. And it seems a little out of place among the majority of songs on the record. It actually seems more of an appropriate fit for the soundtrack album of the animated film Yellow Submarine. This would only make sense, as the movie was based on the song.

In retrospect, the leap from Rubber Soul to Revolver seems much greater than Revolver was to Sgt. Pepper’s. Though the production on Pepper was decidedly more ambitious and grandiose, the songwriting had more in common with many of the songs on Revolver. This isn’t to say that Revolver really is the best rock album of all time, but it’s up there for sure. And most definitely one of the most groundbreaking albums of the sixties. At the time, there was nothing like it. But listening to pop music now, you’d be hard pressed not to find a little Revolver in just about everything you own.