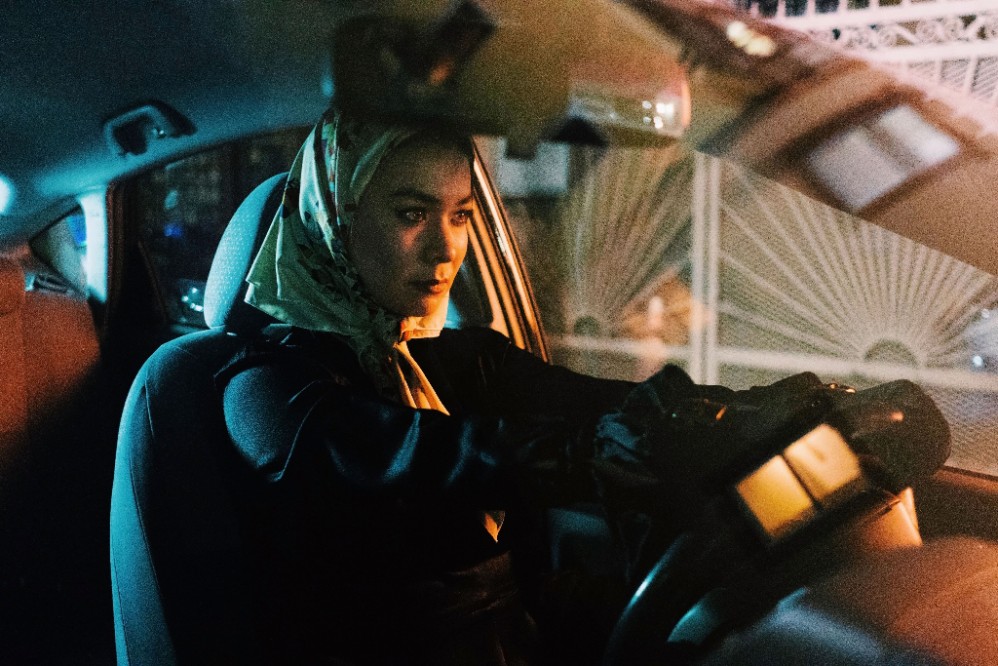 Fall release season is upon us. Yes, technically summer is here for a few more weeks, but August felt particularly stacked with new releases, including some that we haven’t even gotten around to just yet (we’ll get there, just give us the Labor Day weekend to catch up). Still, we’ve got a lot of newly released albums on repeat, some of them extremely heavy and super long. Some of them, however, are shorter and twitchier. Some of them are personal. Some are symbolic and steeped in allusion. Others are directed outward, as if to bring the community of listeners and artists together. And some are kickass noise-rock albums with saxophone. So yeah, it’s been a good month for music. 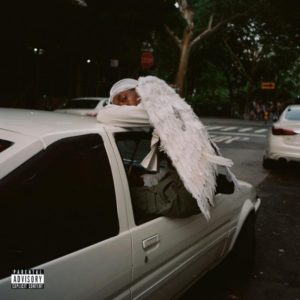 What We Said: In a time when hate is fashionable, white supremacy is emboldened, and mainstream inclusion seems like a distant dream, a voice like Hynes is a godsend. With his fourth album as Blood Orange he has taken to exploring his own grief as a black man grappling with depression, combating the hollow feeling at the pit of so many marginalized stomachs with a message of radical self-love in the form of hope. – Wesley Whitacre 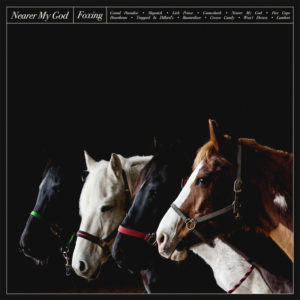 What We Said: Huge in scope, weird and possessed by an identity that was cultivated out of genuine passion and refined love of their craft, Nearer My God is an effort of the soul. It’s further evidence of Connor Murphy and company’s ability to forge a path apart from so many contemporary guitar-based bands and, above all, their own. – Brian Roesler 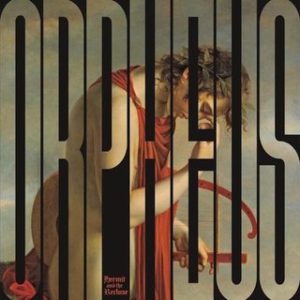 Hermit and the Recluse – Orpheus vs. The Sirens

Yet another new alias from New York emcee Ka, as well as a new conceptual thread, Hermit and the Recluse brings even more intrigue and mystery to an artist already wrapped up in mystique. Where his records under his own name have concerned ideas ranging from chess to samurai, and his Dr. Yen Lo project was inspired by The Manchurian Candidate, Orpheus vs. The Sirens is infused with imagery and narratives that nod to Greek mythology. So on a track like “Atlas,” Ka will drop a one-liner like “Brooklyn birth gods like they do in Crete.” But much like Dr. Yen Lo, these tracks are gorgeously produced and feature almost no beats whatsoever. It’s an unusual approach, at least for anyone but Ka. – Jeff Terich 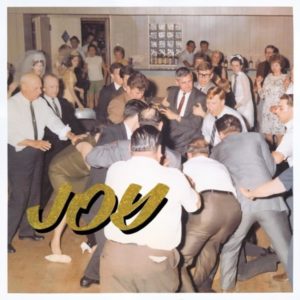 Idles – Joy As An Act of Resistance

Idles’ 2017 debut Brutalism proved to be a DIY breakthrough. The UK band’s intense, socially conscious yet frequently snarky first set spread quickly via word of mouth, on the strength of tracks like the powerful “Mother.” Their follow-up not only lives up to that outstanding debut but builds on it, expanding their sound while exploring topics ranging from the personal to the political. On the single “Danny Nedelko,” they shout-out a friend of the band in a pro-immigrant anthem, while “Colossus” is as imposing and intense as they’ve ever sounded, all with the promise of putting homophobes in coffins. Idles are the kind of band that can make heavy, loud sounds feel like a much-needed dose of comfort in troubled times, and Joy As An Act of Resistance has arrived just when we need it most. – Jeff Terich 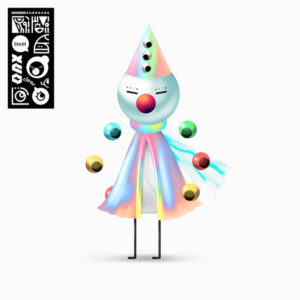 What We Said: It’s breathtaking to hear Chicago one second and London the next, Miami followed by Mumbai, the punky digitalism of post-punk New York cutting against midwest psychedelic work. In terms of overall effect, IDM is the best term that fits. One could easily imagine Iglooghost’s name appearing next to Squarepusher and Autechre and Venetian Snares, had the timing of his arrival been just a bit different. But there’s enough vaporwave and hip-hop and noise and dubstep to feel vibrant and lively, enough neo-classical and experimental work a la Dan Deacon’s more studious and academic work to feel learned while still coexisting with throbbing multicolored dance beats. – Langdon Hickman 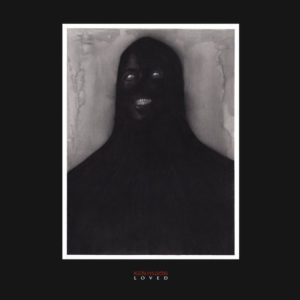 What We Said: Success was arguably as far from metal as KEN Mode had drifted, which proved somewhat divisive—the sardonic, self-deprecating humor was more front and center, while the concrete-crackling low-end had been dialed back. Loved, the band’s follow-up, isn’t miles apart from that album’s post-hardcore scrape-and-snark, but it once again finds the band sounding their heaviest. It’s not death metal, but by god it crushes. – Jeff Terich 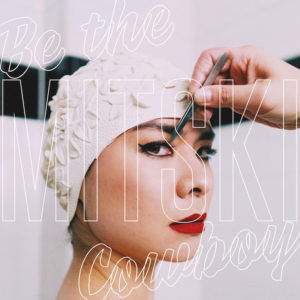 Mitski – Be The Cowboy

What We Said: It’s hard to know where Mitski the persona ends and Mitski the person begins on Be the Cowboy. That’s likely by design, but also possibly beside the point. The universality of Puberty 2 hasn’t been abandoned here, it’s just given a slightly different stylization. She’s at once lonely and in love, caught up in the moment and anxious about her legacy—feelings that any of us listening should easily relate to. And while I don’t doubt that a handful of these songs will make people cry, they’re also just as likely to make people dance, and any song that can do both is truly rare. – Jeff Terich 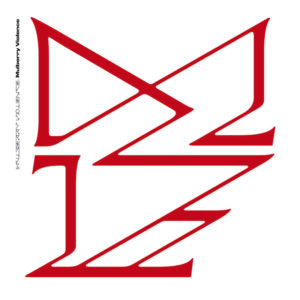 What We Said: Mulberry Violence, like the place it was birthed, is a work of stark duality. The album begins with an electronic shriek, the type of noise that was always hinted at in the work of Powers before but never embraced. As Youth Lagoon, Powers made three albums of intimate psych pop that explored identity, anxiety, and isolation with grace. The undercurrent of pain was often dulled by the beauty of his pop melodies. If there is any immediate takeaway from his shift to recording under his own name it is his willingness to highlight the dissonance inherent to his brand of art. – Wesley Whitacre 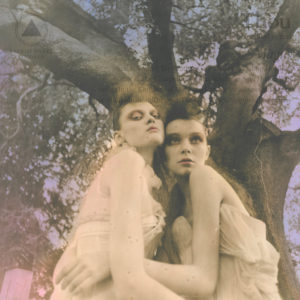 What We Said: Magus bruises and it condemns, but amid the intensity and virulence is a hopefulness that rises up just as the ills have been addressed. Intertwined with the abrasive beauty of “In the Kingdom of Meaning” is a statement of defiance: “We refuse to exist in our despair/We will find inner sanctum/And so we shall prevail.” There is questioning and uncertainty in Thou’s music, even anger, but there’s also a lightness and grace that shines through. These are the qualities that set the band apart, what serves as a contrast to the harsh and guttural sounds in their sludgiest moments. – Jeff Terich 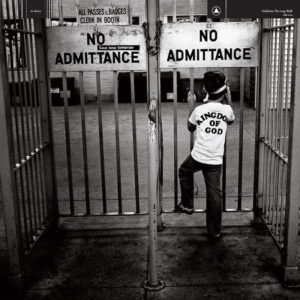 What We Said: It’s not necessarily a new thing for the band, but The Long Walk finds Uniform exploring nuanced concepts through music that’s anything but subtle. If anything, they’ve gotten noisier, more explosive and seemingly more dangerous. Such is the state of the world right now—fraught times often call for furious music. There’s something comforting, cathartic in how relentlessly the band delivers these eight blasts of industrial thrash. – Jeff Terich