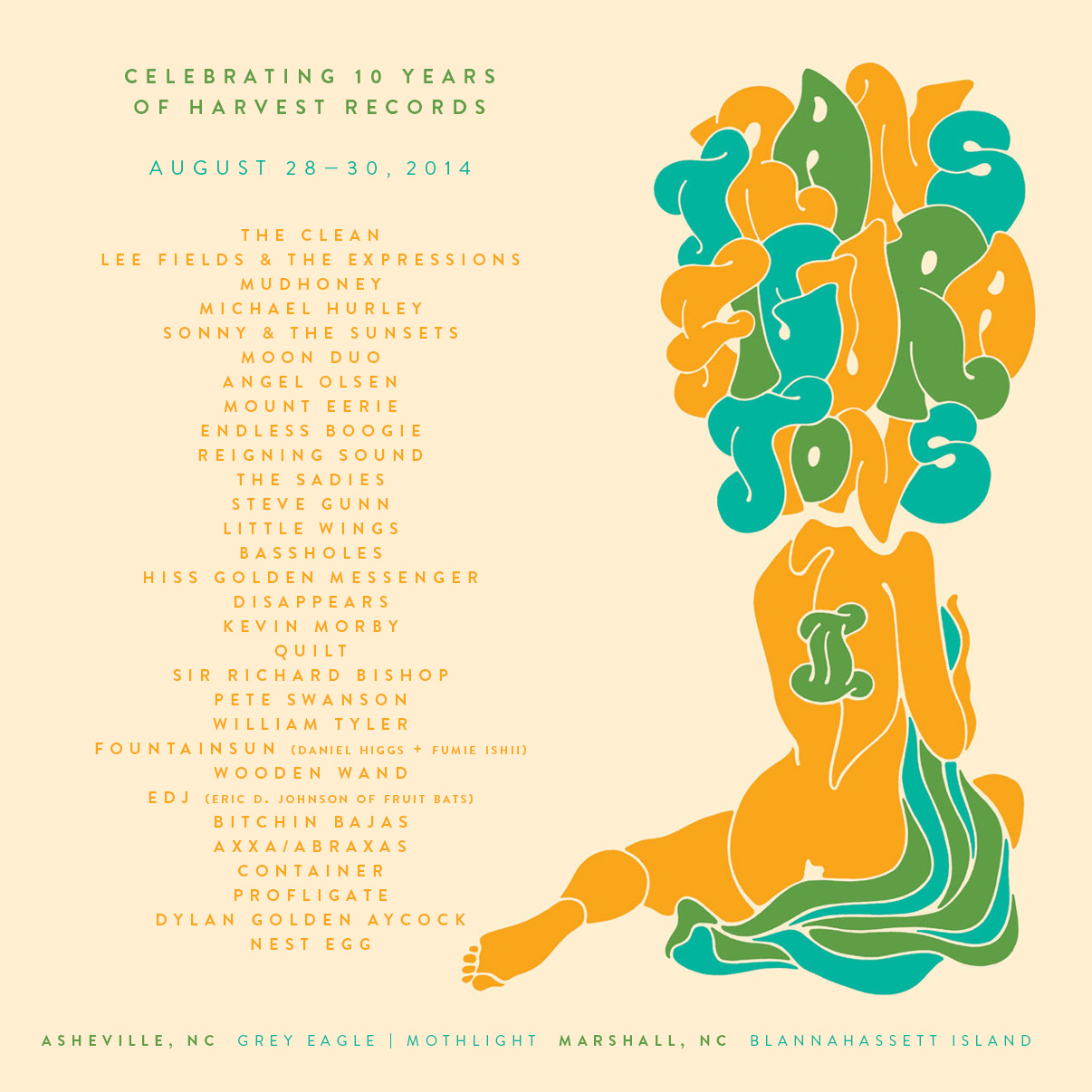 Asheville, North Carolina record shop Harvest Records is celebrating its 10th anniversary this year with a big live-music event. On Aug. 28-30, Harvest will host Transfigurations II, which follows Transfigurations I, held on their fifth anniversary in 2009. This year, Harvest has lined up an impressive list of artists to play the three-day event, which is being held at Asheville’s Grey Eagle and Mothlight, and Marshall’s Blannahassett Island.

To purchase tickets or find out more info, check out the festival website.