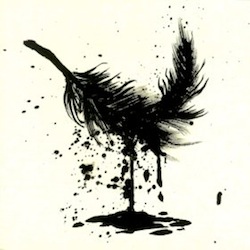 It probably didn’t seem like it at the time, but 2002’s Irony is a Dead Scene EP, turned out to be the most important release in the development of New Jersey mathcore titans The Dillinger Escape Plan. Recorded while the band was between lead vocalists, the EP likely wasn’t intended as a proper look into the band’s future, but rather a damn cool gift for patient fans. Just 18 minutes long, with an Aphex Twin cover and guest vocals by pioneering art-metal weirdo Mike Patton, Irony was essentially a bit of experimental fun, though content-wise, it featured some interesting new directions, and unusually accessible ones at that. Following the freakish, lightning-speed grind of math-metal masterpiece Calculating Infinity, hooks and choruses weren’t the first thing fans were expecting. But it sure as hell worked.

Following Patton’s brief stint recording with the band, Greg Puciato picked up the mic dropped by original vocalist Dimitri Minakakis, and in the decade that followed, the Dillinger Escape Plan has traveled a great distance since the complex mile-a-minute riffs and breakdowns of their debut. They’ve dabbled in electronics, used horn and string sections, and never shied away from a risk, no matter how un-metal; not that their cred was ever in question — when the metal aspect is as locked down as theirs is, you can pretty much go wild with the dressing on top of it. But while fifth album One of Us Is The Killer doesn’t take quite as radical a route as 2007’s Ire Works in terms of shuffling the deck, it’s their most direct, and even catchy album by a significant margin.

It doesn’t start out so catchy — first track “Prancer” explodes with frenetic snare snaps, dissonant riffs and Puciato’s meaty bellow. It’s just as twitchy and freakish as the Dillinger Escape Plan has ever been, yet all of a sudden, there’s a chorus! And it’s a big, powerful one at that. Suddenly all seemingly superhuman feats by drummer Billu Rymer and guitarist Ben Weinman have revealed something not quite approaching normal, but melodically satisfying in a way that tech-metal rarely is. And it only gets better, on the jazzy torch-song style of the title track, on the anthemic chug of “Nothing’s Funny,” and on the crushing doom lurch of “Crossburner.”

Which isn’t to say there’s any scaling back on the kind of complicated prog-metal dynamite that the Dillinger Escape Plan mastered long ago. One of Us Is The Killer has explosive musicianship up the wazoo, but for a band that’s been proving their instrumental mettle for more than 15 years, it’s good to hear that there’s still no shortage of ideas beneath the riffs.

The Mars Volta – De-Loused in the Comatorium

The Dillinger Escape Plan to perform with Mike Patton in December

The Dillinger Escape Plan are breaking up