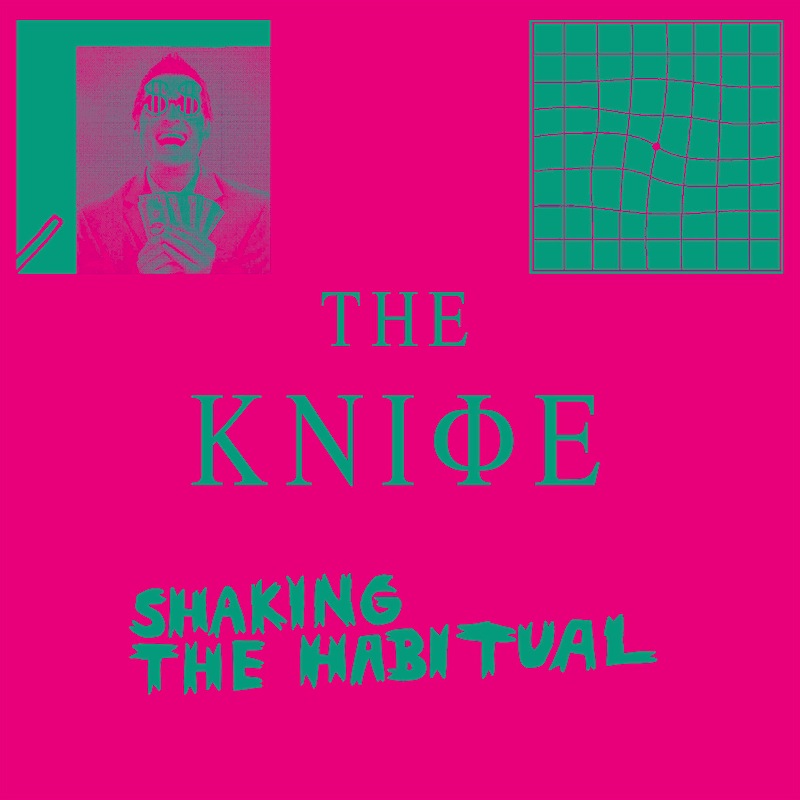 For a band that hasn’t released a proper album in seven years, the specter of The Knife’s presence has lingered in curious places in recent years. The chilling electronic atmosphere of their landmark Silent Shout has informed the dark synth-pop of Austra and Chvrches. And their 2003 single “Heartbeats” has served as a fruitful inspiration for the likes of Purity Ring and Niki and the Dove. Yet for as influential as The Knife has been on modern electronic music, there are few artists that manage to approach a similar level of theatricality or brashness that The Knife have displayed over the years. This is the duo who once hid their face behind avian plague masks, co-wrote a 100-minute opera based on Charles Darwin, and sent Guerilla Girls to the Swedish Grammys both to serve as representatives in their absence, and to protest a male-dominated industry. Elements of The Knife’s aesthetic can be borrowed; their ethics, principles and sheer ambition cannot.

One such principle for Karen Dreijer Andersson and Olof Dreijer is knowing when to move on, and following Silent Shout, the duo took something of an unofficial, unplanned and unannounced hiatus. Andersson focused on her solo project, the more temperate and nuanced Fever Ray, while Dreijer released four EPs of minimal techno under the name Oni Ayhun. They collaborated with Mt. Sims and Planningtorock on 2010’s Tomorrow In a Year, though it wasn’t until later that year that the brother-sister duo actively began working on another album together, the process of which radically transformed their entire approach. This experience of shedding routine methods and structures, and ending up with something so unfamiliar led them to wonder whether or not what they were creating even belonged to The Knife. “Was it an album by the Knife,” Dreijer told Billboard, “or should we call it something new?”

No habits!
There are other ways to do things.

The end result of those sessions, Shaking the Habitual, is credited to The Knife, and in some aspects feels very much like a Knife album. It contains the duo’s signature electronics, quasi-industrial beats and pitch-shifted voices, furthering the masked sensibility they’ve engendered through their career. But despite a few recognizable signposts, there’s hardly anything expected or safe about Shaking the Habitual. It’s an album whose identity is founded upon the idea of exiting one’s comfort zone, and transcending routine — as the group stated in a long, abstract and poetic press release earlier this year, “We want to fail more, act without authority.” Hence, shaking the habitual. There’s more live instrumentation on the album, including a contraption made of a bedspring, and use of non-Western, microtonal scales. There are only three songs with a duration of less than six minutes (not including noise interludes “Crake” and “Oryx”), and the album’s centerpiece is a 19-minute ambient piece. The Knife didn’t just create an album intended for listening, but to challenge the listener — to offer something that few other albums can.

Shaking the Habitual jars and it abrades. It provokes and it prods. But it does so in a way that’s still interesting in its lesser moments, and transcendent at its peak. The closest the group ever comes to their previous recordings is the outstanding opener, “A Tooth for an Eye,” a hypnotic and polyrhythmic waltz that maintains a hookiness and accessibility while deepening in layers and complexity. More directly confrontational is “Full of Fire,” which throbs with menacing industrial beats and ominous buzzes, stretching out for a lengthy and exhilarating nine minutes. Certain moments are among the group’s most viscerally provocative, like the noisy warble of “Fracking Fluid Injection,” while others, such as “Raging Lung,” stand as some of the prettiest material The Knife has ever written. Yet the presence of noise and darkness in The Knife’s music doesn’t preclude sensuality either; the slowly slithering “Wrap Your Arms Around Me” is the sexiest thing they’ve ever written.

We have a bellyache, a big stink, a major grouse or two with manufactured knowledge.

The Knife doesn’t just seek to challenge the listener’s musical expectations on Shaking the Habitual, however, they’re also chipping away at ideas of privilege and identity. The album’s bright pink cover depicts a man with dollar-sign eyes, and the aforementioned press release mentions privilege frequently, like “how it’s a privilege to make an album, to move freely.” The Knife acknowledge their own privilege, but seek to use it as a platform to provoke independent thought rather than to hold up the status quo. On “A Tooth for an Eye,” they cast a critical eye on authority, Andersson singing “Rewrite history to suit our needs” and “I’m telling you stories,” only to follow up with a sinister “Trust me.” “Full of Fire” reflects the feminist theory that influenced the shape of the album, though it also contains a cheeky nod to Salt-n-Pepa: “Let’s talk about gender baby/ Let’s talk about you and me.” And on “Raging Lung,” amid lines about how “poverty’s profitable,” Andersson sings “I’ve got a story that money can’t buy.” Appropriately, in the song’s chorus, The Knife tip their hat to political post-hardcore heroes Fugazi with the refrain, “What a difference a little difference would make.”

If Shaking the Habitual is a difficult or uncomfortable listen, it’s by design. As much as The Knife intended to shake their own habits, the greater success would be to jostle those of their audience as well. Politically charged material in any form tends to have that effect, though in a form as aesthetically radicalized as this, the effect is compounded. It’s a lot to take in one, two, even three or four sittings. But the depth of an album such as this is immeasurable. This is art, yet it’s also activism. It’s music, but it’s also philosophy. Listening to such a vast and complex work, one gets the sense that Shaking the Habitual will end up being taught as college coursework down the line. But it would be a mistake to deny how sheerly enjoyable the album is, in certain cases immediately, the whole over repeated listens. The Knife aren’t just seeking to challenge the concept of privilege, they’re also challenging ideas of beauty.