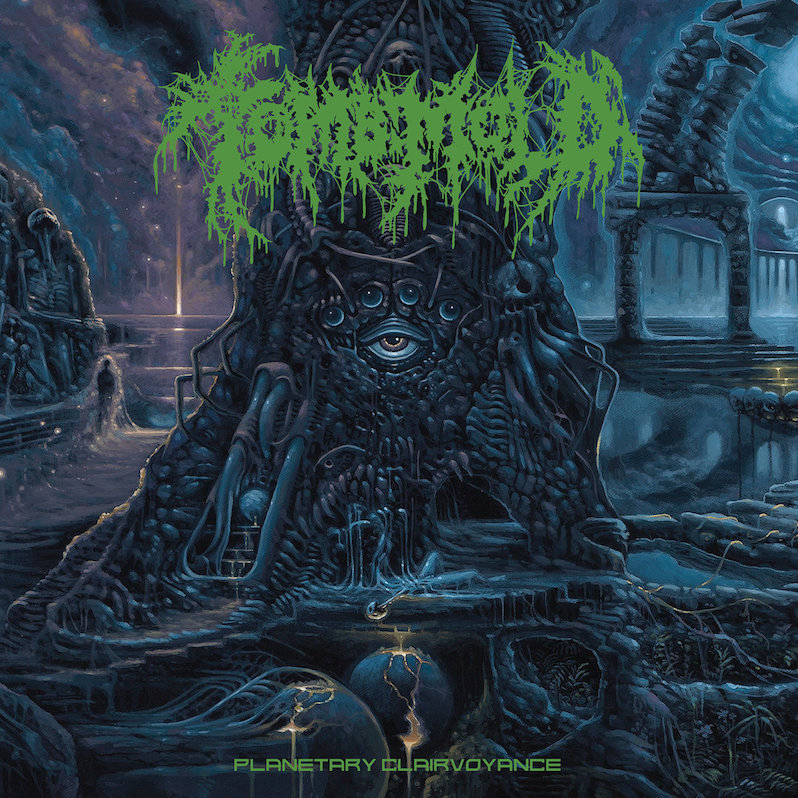 OK. Here we fucking go. With two albums of roaring, virulent sci-fi death metal under their belts, most recently last year’s outstanding Manor of Infinite Forms, Tomb Mold enters 2019 at the peak of their powers—or so it would have seemed from the outset. They’re clearly only going in one direction as evident in new track “Accelerative Phenomenae,” and that direction is up. From the outset, the band is ready to show off a little, letting fly one of their most badass riffs—by which I don’t necessarily mean death metal riffs. This one is rock ‘n’ roll, heavy metal, a blasting out of your convertible Camaro on a Saturday afternoon kind of riff that suggests Tomb Mold play as hard as they work, and aren’t afraid to have some fun in their pursuit of guttural righteousness. And that’s just the first couple seconds. It’s pretty clear within the song’s first minute that the Toronto group has a lot of ground to cover and a lot of hell to raise before they go, and they do so with an even more hook-minded approach than before. It’s no secret that death metal is pure, unadulterated fun, regardless of how deadly serious it might seem from the outside, but Tomb Mold are here to offer us the best kind of reminder.

From Planetary Clairvoyance, out July 19 via 20 Buck Spin