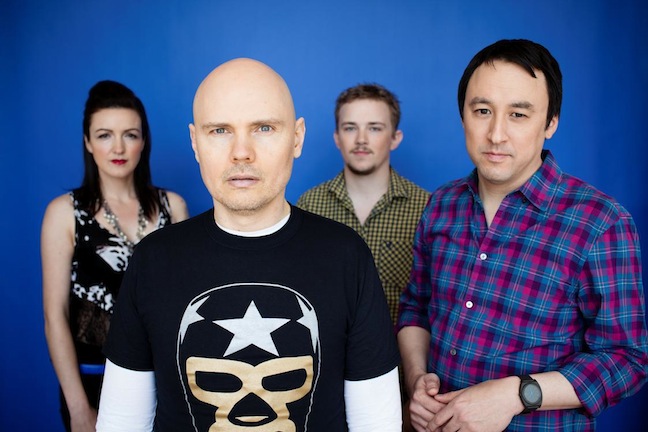 The Smashing Pumpkins lineup seems to change so often that it’s almost impossible to keep up with who’s actually in the band anymore. It’s been a long time since the band has featured the classic Gish or Siamese Dream lineup, anyhow. But the band’s next album, Monuments to an Elegy, will feature a familiar, if peculiar name: Tommy Lee. Yes, Mötley Crüe drummer Tommy Lee. The dude who played in a rotating cage. And how do we know this? There’s a picture of him in the studio with Billy Corgan on Smashing Pumpkins’ website.

Here’s what else we know about Monuments to an Elegy: It’s one of two albums the band is working on right now, and will be released in 2015. That’s about it (and the tracklist).

As it says on the band’s website, “Shockla-locka-boom!” (?!) Check out the tracklist below.

Smashing Pumpkins Monuments to an Elegy: