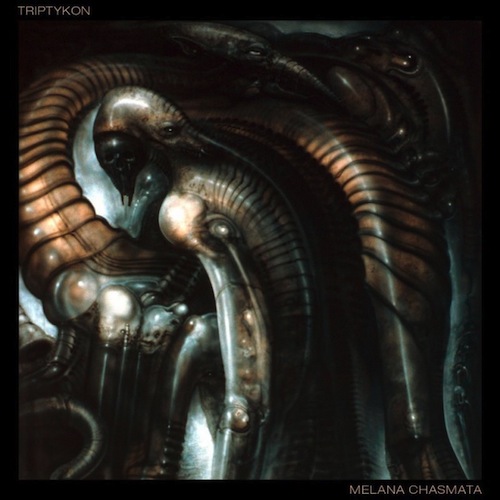 A name like Tom G. Warrior isn’t just handed out haphazardly — you have to earn it. Now, technically that wasn’t the case when a 19-year-old Thomas Gabriel Fischer founded Swiss proto-black metal cult heroes Hellhammer. The group lasted only a couple of years, and recorded a handful of cassette demos, but even in their raw, technically underdeveloped state, they harbored a darkness and intensity that would soon enough be co-opted by legions of iconoclastic European (and American) musicians in the early ’90s. As would that of Celtic Frost, the band that truly earned Warrior his battle-ready surname. Their 1985 album To Mega Therion is one of thrash metal’s mightiest peaks, a sublime blend of gothic atmosphere and harsh riffs — an album that has the passion of human beings, but the sound of something from another realm entirely.

From the mid-’80s on, however, Fischer found himself at the helm of a continually shifting battalion, founding the industrial leaning Apollyon Sun in 1994 after Celtic Frost disbanded, then back to Celtic Frost for the release of the excellent 2006 reunion album Monotheist. And after that internal tensions caused the group to fall apart a second time, Fischer launched his fourth band, Triptykon. And it was in that band that Fischer’s bitterness toward his former bandmates toxically and biliously bubbled up to the surface. “As you perish, I shall live” goes one lyric on Triptykon’s debut album, Eparistera Daimones. “You betrayed me to my face” goes another. Suffice it to say, dude was pissed, but amid all the rancor, the music still harbored all of the power and darkness of Celtic Frost, if not the personnel.

With second album Melana Chasmata, Fischer and Triptykon sound more ferocious than ever, and a few years removed from the personal drama that informed their debut. Not that Fischer sounds any less ready to tear off heads on this set. Over three decades, his voice has aged into a refined beastly growl, vastly more intimidating than any black metal hiss or hardcore bark could ever attempt to be. And the gothic-tinged thrash metal that Fischer’s been so carefully crafting since his earliest Baphomet-bejeweled tapes has a crisply crushing sound here, its cinder-block power chords arriving with maximum impact, while still frequently moving at the nightstalker pace of doom metal.

Melana Chasmata feels very much of a piece with Fischer’s entire catalog (save for maybe his albums with Apollyon Sun), a grandiose but melodic work of roaring, genre-elusive metal. Its highlights are numerous — gothic dirge “Aurorae,” epic opening track “Tree of Suffocating Souls,” the ominously lurching “Boleskine House” — and its sound is massive. Melana Chasmata absolutely booms with ferocity, wearing the scars of Hellhammer and Celtic Frost in its colossal riffs. While Fischer had proven himself as a force of nature in the past, the album is nonetheless a reminder that he’s earned the right to call himself a Warrior.