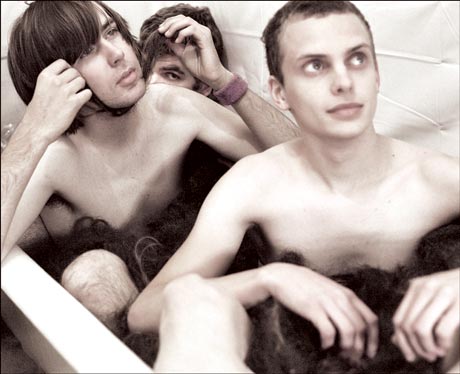 There have been rumors circulating of late that Vancouver indie rock outfit The Unicorns might be reuniting. And today, it appears that the Unicorns reunion is a real thing. The band hasn’t released that much information, other than launching a Twitter account with the description “The Unicorns, 2014.” That happens to be the name of one of their songs, so maybe that was planned all along.(!) Anyway, the bulk of the details of the band’s reunion actually come from Dan Deacon, who released a press release about his upcoming tour that listed tour dates with Arcade Fire — and the Unicorns. Based on that release, it looks like The Unicorns have six shows lined up. Check out their tour dates below.