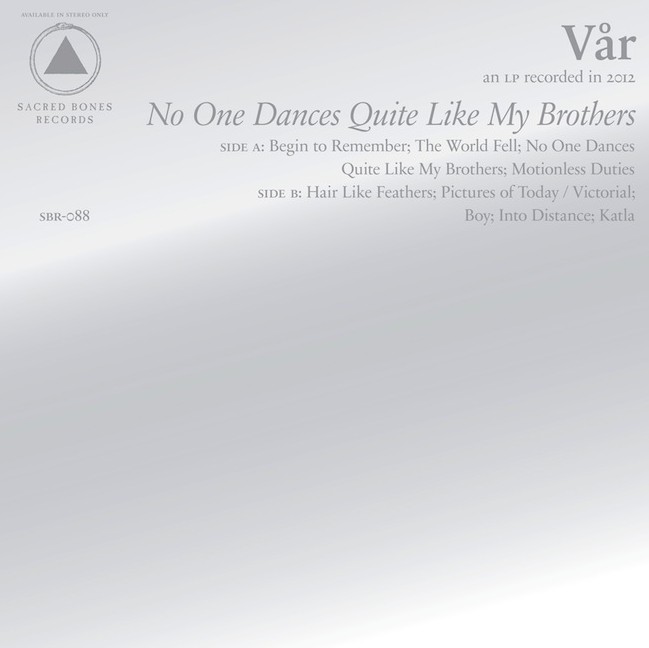 Just a few short months after Iceage released their outstanding new album You’re Nothing, Vår, which features that band’s Elias Bender Rønnefelt, will release an album of their own. The group’s debut, titled No One Dances Quite Like My Brothers, will be out May 14 via Sacred Bones. The artwork, as shown above, is meant to be a mirror, about which band member Loke Rahbek says in a press release, “the cover is a mirror and thus changes with whoever is holding it. Looking at it, you are the cover. Music to remind you to be as pretty as possible.”