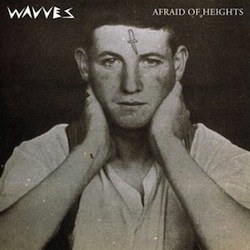 Back in 2010, when Nathan Williams crowned himself  — in Napoleonic fashion —King of the Beach, his facetiousness in doing so was suspect. Perhaps he was just being the veritable ’90s guy he’s widely perceived to be, walking around with his tongue firmly in his cheek, but I would argue that, underneath the obligatory irony inherent to his occupation, there was some earnestness in his declaration. His mock-grandiosity (and the light self-deprecation that bolstered it) was casuistic; a sense of triumph leaked through it. Not triumph in any conventional sense, though; instead, a triumph over caring about ordinary things and societal expectations. Wavves’ freedom lies in his negligence: no money? Whatever. No job? That’s okay. These things don’t stop him from getting fucked up and having a chill time. So Williams’ throne is magnificent, indeed, resting upon the beach — emblematic of the slacker lifestyle he ascribes to — and elevating him above the minute concerns of conventional society (the aforementioned job, a mortgage, etc) that, over time, turn the rest of us into boring drones. However, when you build your throne on the beach, you’re building on sand, and, as David Thomas once profoundly noted, when you build on sand, you face the ever-present threat of being swept away.

In these years following his anointment, Williams has been quite prolific in his kingship. But I often get the sense, when observing his career progression, that following Wavves is (no pun intended) like watching a fire consume an old film house. Well-known issues of substance abuse, coupled with an unabashed recklessness, constantly threaten to provide the corresponding fall to his meteoric rise. Williams, not myopic by any means, is certainly aware of this increasing fragility in his lifestyle, and Afraid of Heights — composed as he sits upon his tall throne, watching its precarious foundation with growing anxiety — reflects it in spades.

Afraid of Heights is certainly a strange animal. Comparisons to The Blue Album are both accurate and inevitable, due to stylistic factors — the lingering influence of Weezer on Williams’ songwriting, fully displayed in his pop maneuvers — and technical ones — the professional, hi-fi production. This shift to more elaborate, studio production is a pretty radical change for Wavves, but the most striking turn that Williams performs here is content-based. In terms of what’s actually communicated in the album, Afraid of Heights is much closer to Pinkerton or Insomniac than it is to the aforementioned Blue Album or Dookie. Whereas Wavves’ work up to this point has been fun, no-strings-attached, pop-surf-punk rock, Afraid of Heights is pitch-dark. The inimitable Nick Lowe once despairingly declared, “I don’t think it’s funny no more”; that snippet pretty accurately sums up the undercurrent of what Williams is saying here.

It’s not a secret, either: even if you miss the undercurrent of hopelessness and resignation in “Sail to the Sun,” by the time Williams is screaming “holding a gun to my head” repeatedly in the following track (“Demon to Lean On”), the message is clear. This supersedes — for the better — the flippant, early Green Day-kind of tone that governs King of the Beach. Sure, there was self-deprecation before, but it was lighthearted, played for laughs, and inconsequential. Here, there’s legitimate self-hatred. Dejection. Nihlism. Not just that, but Williams goes one step further in, quite boldly, pushing these themes right up to the forefront, delivering them in anthemic and poppy (though intentionally numb) choruses. Wavves may not have given us an album full of pick-me-ups, but at least it doesn’t suffer from the sense of insincerity that has sometimes damaged his work in the past.

One of the other encouraging things about Afraid of Heights is that Wavves’ always-apparent, yet ever-marginalized Pixies influence comes roaring out here. Weird people in weird situations, loud/quiet dynamics, alienation, slightly discordant melodies — all of these things run consistently throughout the album. Fortunately, instead of trying to force the project in a more commercial direction, producer John Hill does an excellent job of treating this aspect of Williams’ vision sympathetically, keeping the arrangements lean, yet focused, and providing a level of guitar muscle that Cobain or Frank Black would have been proud of. This is an excellent example of professional production doing exactly as good a job as it’s supposed to.

But, despite being an intriguing next step for Wavves, Afraid of Heights has some deep flaws. When I reviewed Veronica Falls’ record last month, I lauded them for how well they synthesized their influences, creating something original and bold out of already-extant material. This album, though, exists on the opposite end of that spectrum, owned by (instead of owning) its clear, aforementioned antecedents. Aside from the obvious detriment that this failure to assert control over influences causes to the effectiveness of an album, it also has the concomitant effect of inviting comparison between the descendant and the ancestor. This is unfortunate for Williams, because even though there are some pretty good songs here, the gestalt of the musical material comes across as derivative and, further, inferior to the classics that it is deriving from.

Here’s hoping that he doesn’t actually put that gun to his head, though. If he makes the same leaps and bounds in songwriting next time that he made in lyricism here, maybe he’ll have a classic of his own that a new legion of young punks can admire two decades from now.