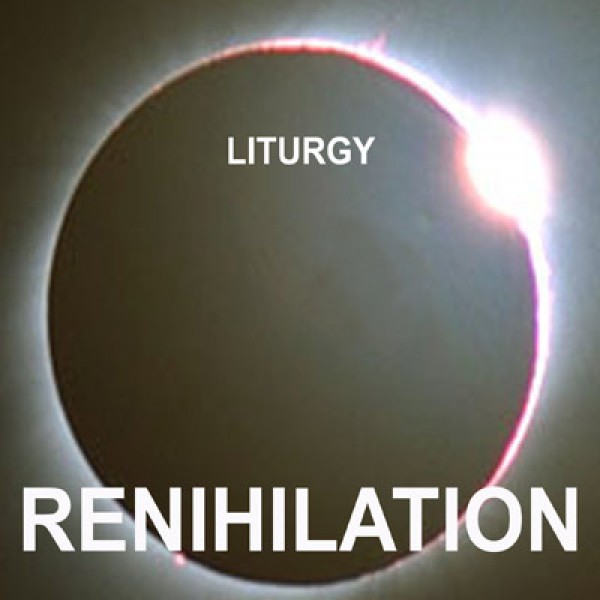 Liturgy‘s reputation precedes them. The Brooklyn-based band has become famous and infamous over the past five years for turning black metal convention on its head, which has led to some intense criticism from those who fear change in their sacrilege. Drummer Greg Fox created his own signature rhythm, the “burst beat,” which is a kind of substitute for the blast beat. Frontman Hunter Hunt-Hendrix wrote a thesis connected to the style of music they play, “transcendental black metal.” And they may or may not have been in the same room as Vampire Weekend at one point in time.

By 2011, when the group released their second album Aesthethica via Thrill Jockey, there were likely more people who had opinions about Liturgy than had actually listened to their music — which is a shame, that album’s one of the most interesting heavy music recordings of the past half-decade. But in 2009, Liturgy were relative unknowns, creating an unholy ruckus in the underground on their own terms, with the weight of two decades of heathens on their spike-free shoulders. The group’s debut album Renihilation, originally released via 20 Buck Spin, went out of print not long after its release, but it presented a ferocious young band seemingly ready to take on the seemingly unwieldy genre of black metal and reshape it into an even more intense and chaotic form.

Newly reissued by Thrill Jockey, Renihilation feels, appropriately, a lot more raw and searing than its successor. It might not entirely be right to say Aesthethica is polished, but it’s streamlined and crisper in its sound, whereas this feels closer to the early lo-fi manuscripts of Ulver and Darkthrone. And yet, there’s a richness to the album that comes from how powerful they sound as a unit. They may be a young, hungry band here, but they more than hold their own via standouts like the relentlessly propulsive anthem “Pagan Dawn,” the classicist black metal tremolo picking of “Mysterium,” the ferocious roar of “Ecstatic Rite,” or the unexpectedly pretty “Beyond the Magic Forest.”

As a band, Liturgy keeps moving forward, and redefining and reinventing itself. And though the group recently reunited with Greg Fox and Tyler Dusenbery after touring as a duo in the last year or so, it sometimes seems more like a loosely defined project rather than a traditional band. And that may very well be what sets Renihilation apart; to hear the raw and primal expressions on the record, it sounds very much like a group of dudes bashing it out in a room, without regard for perfection or sonic clarity. This is metal, made by musicians with both the creativity and the muscle to make it utterly destroy.