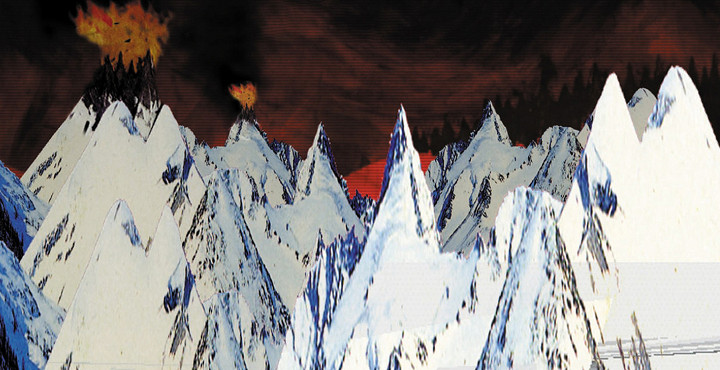 Every great album has its preferred season, from the Beach Boys’ Today in the summertime, to the Kinks’ Village Green Preservation Society in the spring, and Van Morrison’s Astral Weeks during autumn. However, winter albums are a particularly unique sort of breed. It’s hard to escape from the idea of a winter album as a haven for sad bastards. And truth be told, a lot of the albums we love most from December to March are pretty much the saddest of the bastards. But some of them are austere and elegant. Some of them are gentle and fuzzy. And some of them are downright harsh and terrifying. So there’s a lot of range going on here.

Nonetheless, there’s a particular feel for a winter album that you don’t get in something best suited for a different season. When the atmosphere is chilliest, queue up these: The 10 best winter albums.

In his brief career, English troubadour Nick Drake never recorded anything close to a summertime album — not by a long shot. However, Five Leaves Left more accurately seems to represent the brisk chill and colorful atmosphere of Autumn (which could be similarly said of 1970’s Bryter Layter), while Pink Moon, stripped to the stark production of just Drake’s voice and gentle acoustic guitar, is as wintry and melancholy as they come. “Things Behind the Sun” is the sort of song that’s best heard with only the light of flickering candles. And “Know” and “Parasite” each have an austere bareness about them, as if to mirror trees stripped of their leaves. It’s an achingly beautiful album, and one that ends entirely too soon, but its soft tones and soothing sound make it a source of comfort in the harshest of weather, even if its barely there arrangements have more than a little bit of frost on the edges.

Goth-rock and winter go hand in hand, since sunlight is the last thing you’d want cutting through your morose exterior (though, if you want a surreal clash of cultures, check out Bats Day at Disneyland). So, it’s no surprise that The Cure has a few albums in their fairly broad discography that sound best when there’s a chill in the air. Yet the chilliest by far is their third album, Faith. Entirely gray on its strange, abstract exterior, Faith is also pretty dark and bleak on the interior as well — there’s a song titled “All Cats Are Grey,” for pete’s sake! Still, there’s something romantic about The Cure’s eerie early post-punk days, which comes in many varieties, from the haunting dirge of “The Holy Hour” to the more rollicking rockers like “Primary” or “Doubt.” But by and large this is an album of slow movement and darkened hues. It’s brisk post-punk minimalism with an affectingly bleak core.

I’m not sure if I’m alone in this, but listening to classic shoegaze albums like My Bloody Valentine’s Loveless or Ride’s Nowhere put me in a summer mood. There’s something so vibrant about the way they filter distortion and effects into such a huge burst of disorienting energy. But then again, there are peers like Slowdive, whose approach to the shoegaze sound was much dreamier and drearier, playing off slower and more understated ideas to create a sound that’s more insular and subtle. There’s definitely energy here, as on “Machine Gun” or “When the Sun Hits,” but Souvlaki is the sound of seeing your own breath on a frigid morning, and not seeing the sky for weeks. The fact that not everyone has that sort of appreciation for thick layers of clouds inevitably meant the band’s legacy wasn’t quite as huge as MBV’s, but that doesn’t mean it’s not gorgeous.

When Björk began her solo career after splitting with the Sugarcubes (not to be mistaken for the album she released when she was just a wee lass or her album of jazz standards) she arrived with a vibrant and bouncy collection of club pop that started her on an experimental and artful path. But it also only hinted at the broad orchestral electronic pop sounds she would ultimately come to embrace. I’ve always associated Björk’s music with winter, but I probably need to clarify that statement a bit. It’s essentially from Homogenic on that is truly the case. With Vespertine, Biophilia and Medulla, she certainly tapped into an alluring, abstract chill. Homogenic, however, is the one most connected to winter in my mind, an album that finds its soul both in intimate, atmospheric spaces (“Unravel”) and in soaring pieces of mesmerizing ambition (“Bachelorette”). Maybe it’s second nature to the Icelandic (see also: Sigur Rós), but Björk has a particular knack for making winter soundtracks.

Perhaps this is a case of reading too much into the giant, snow-capped cgi mountains on the cover of Radiohead’s Kid A, or perhaps it’s the fact that the winter of my freshman year of college, I listened to Kid A pretty damn regularly. Or perhaps it’s just that Kid A is so atmospheric and isolated, paranoid and eerie, there’s just no untangling it from winter at its harshest. Admittedly, having lived in Southern California my whole life, the harshness was never actually there. But Kid A always seemed to evoke it, whether through the bizarre robotic twinkles of the title track, the hypnotic awakening of mesmerizing opening song “Everything In Its Right Place,” or the weeping progression of waltzing ballad “How to Disappear Completely.” At times, playing Kid A felt as if a snowfall was always imminent, even when there wasn’t a cloud in the sky, which is saying a lot. Such is Radiohead’s uniquely chilling talent.

Maybe it’s their Icelandic roots, or perhaps it’s their tendency to play slow, epic post-rock dirges strewn with reverb and bowed guitars, but Sigur Rós is practically synonymous with the coldest months of the year. With the sole exception of, perhaps, 2008’s Med sud í eyrum vid spilum endalaust, each of the band’s numerous albums seem to use an overwhelming feeling of cold as an instrument unto itself. Which isn’t to say that their music is cold, it’s just rich in icy atmosphere. Listening to the band’s breakthrough album, 2000’s Ágætis byrjun, is akin to watching the sun rise from the edge of the world. Its lengthy tracks creep like ice floes in a polar sea, with standouts like “Svefn-G-Englar” and “Ny Batteri” moving gradually, gracefully toward a mighty climax. Ágætis byrjun isn’t so much a bitter snowstorm as the lone bonfire on a desolate and frozen stretch of continent.

Yo La Tengo – …And Then Nothing Turned Itself Inside Out

Yo La Tengo have released enough albums, and for that matter enough different albums, to have every month of the year covered with a continuous but changing mood. You might enjoy Summer Sun in August, I Can Hear the Heart Beating as One in November, and their 2000 slowcore masterpiece, …And Then Nothing Turns Itself Inside Out in January. It’s a long, expansive album, and for that matter a highly personal one. Ira Kaplan softly delves into grown-up matters of grown-up relationships with a youthfully innocent gaze on “Our Way To Fall.” And yet there’s a fair share of elegant heartbreak as well, in “Tears Are In Your Eyes.” It’s the band’s prettiest album, a wonderful companion to the slow drift of snowflakes.

Since 2003, when Jason Molina changed the name of his ongoing musical project to Magnolia Electric Co., and super-charged it with a heavy dose of Crazy Horse-inspired rock ‘n’ roll, the gentle folk-rock of Songs: Ohia has been in hibernation mode. But for a little over half a decade, Molina did sad, soulful strum-alongs better than just about anyone, save for perhaps Will Oldham and Elliott Smith, who each had their own share of stylistic diversions. The strongest of Songs: Ohia’s albums, pre-Magnolia, that is, 2002’s Didn’t It Rain answers its own titular question with a resounding “yes.” This kind of music just doesn’t feel quite right on a hot, sunny day, even if it still sounds wonderful. It’s the soundtrack of desolate exurb wasteland and crumbling factories. It’s rust-colored and given to rainy weekends, and it’s defeatingly, chillingly sublime.

Black metal, as far as I can tell, just doesn’t really exist outside of winter. In fact, even if a black metal album comes out in June, it’s still highly likely to have snow on the cover. That goes double for anything Norwegian. Portland, Oregon is a fairly chilly place year-round, however, so Agalloch, who hails from Rose City, know a thing or two about winter chill. The post-black-metal band imbue their harsh metal symphonies with a kind of elegance and beauty that blast beats alone don’t quite cover. And while they’ve released a handful of sufficiently stunning post-metal records in the past, their 2010 album Marrow of the Spirit, appropriately released in late fall, is the one that most impressively blends harshness with majesty and melancholy. It’s cover art depicts a road carved through a snowy path, and that seems about perfect to fit the music itself. There’s a harsh blizzard going on here, but it’s interrupted with more than a few moments of breathtakingly serene grace.

Electronic music generally lends itself best to night-time hours, so that’s already a pretty good start. Yet, at the same time, the prevalence of EDM DJs with plum spots at summer festivals means that it takes a particular kind of producer to hit the spot just right during winter months. This is where Andy Stott comes in. The UK producer doesn’t really do “dance” music, he creates abrasive and terrifying urban wastelands out of beats and ambient textures. His latest album Luxury Problems, while the most “human” of his recordings thanks to some sublimely looped vocals, is a powerful testament to the ability to create chilling atmosphere out of beats and loops. Listen to this late at night and prepare to see some things that aren’t there.