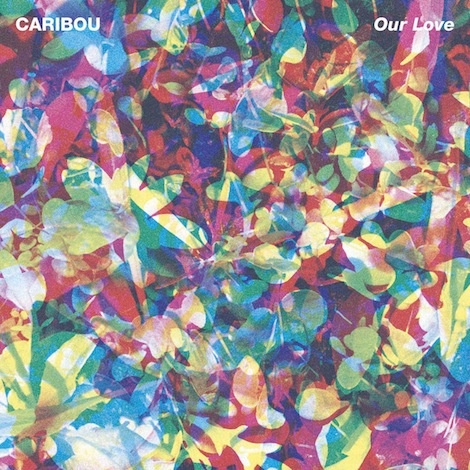 Dan Snaith isn’t a chameleon, he’s a shape shifter. He’s a creature that reinvents himself for the times, but he never seems of the times; he feels as if he’s being beamed in from a not-too-distant future, and that future point is always inching forward. In an earlier incarnation as Manitoba, he redefined psychedelia on Up in Flames, and through a series of intricate steps in between — in the process changing his name to Caribou — found himself molded anew into the creator of a warped and dark form of house music on Swim. And, as if to prove himself yet again as a more advanced kind of artist than most, he put his Ph.D. in mathematics to good use by introducing a new dimension of transformation in his recently invented dance-oriented identity Daphni, on 2012’s JIAOLONG. There’s neither limit nor boundary to Snaith’s reinvention or redefinition, but if you’re able to keep up with him, he’ll gladly clue you into his cosmic flight path.

His Daphni project — originally intended as a shot fired against an overwhelming horde of mediocre EDM festival jockeys — provided an early glimpse of Caribou’s eventual next leap forward. Dance music has always been in Snaith’s blood, informing and infused with his vibrantly kaleidoscopic songwriting. But dance music has never necessarily been his ultimate endgame. It’s part of the whole, but not the whole itself, whether it’s the pulse backing his jangly psych-pop tunes on Andorra, or the Apache beat at the heart of his krautwerk on 2005’s The Milk of Human Kindness. But Daphni proved that he could go that route if he very well wanted to. Our Love, his sixth album as Caribou, proves that he can turn it into something much bigger.

Our Love is, in structure if not in sound, closer to Swim than any of Snaith’s other albums, but once again manages to feel as if it were born of a blank slate. It’s a shiny and futuristic thing, but a remarkably pretty one; it’d be tempting to call the album Snaith’s most beautiful yet, if it weren’t for so many other gorgeous creations in his back catalog. From the opening hum of its leadoff track and standout single “Can’t Do Without You,” however, it brings the listener into a rarefied space where everything feels magical. It’s like a drug in that sense, but there’s no hangover or comedown — just the slight inconvenience of having to flip the LP each time one of its sidelong journeys comes to an end.

“Can’t Do Without You” is immaculate as a song — one of Snaith’s best — but fascinating as an opening song. Its slow build and warm-up into a fully formed psychedelic dance masterpiece feels, a little, like a closer; it swells and swells and swells, until the cry of the title refrain is met with a triumphant resolution. But then again, it could just as easily roll against opening credits, its progression making for a truly climactic beginning to something special. That never fades, whether reflected in a banger like the title track, or even when the heroism is tempered on a future-funk synth throb like “Silver,” or a blurry R&B ballad like “Second Chance,” which finds Snaith joined by Canadian chanteuse Jessy Lanza.

The edges don’t soften on Our Love, necessarily, but the mood feels considerably less dark than on Swim. More than that, it seems like an album with higher emotional stakes, which tie closely to the album’s title. Love songs and electronic music have been dance partners since kids started making out at discotheques, yet with Our Love, there’s a vulnerability at play that lends each track a beating heart, and in turn, a greater sense of warmth. The repeated mantra of “Can’t Do Without You” feels alternately melancholy and romantic, as does the twinkling and cinematic chorus of “All I Ever Need”: “Being with you is all I ever need.” And when Snaith asks “Where did it all go wrong?” on the incredible “Back Home,” that vulnerability seems to cut just a little bit deeper.

After all of the strange portals that Dan Snaith has crawled into, and after so many sonic reboots, what’s most striking about Our Love is its duality. It’s an album heavily built on electronic sounds, yet it’s remarkably human. The cavernous and colorful walls that Snaith builds up are there to contain something fragile within. The beats are there to seduce — even deceive a bit — but no matter the form that Caribou takes, Our Love is a reminder that there’s a living, breathing and feeling human at its core.