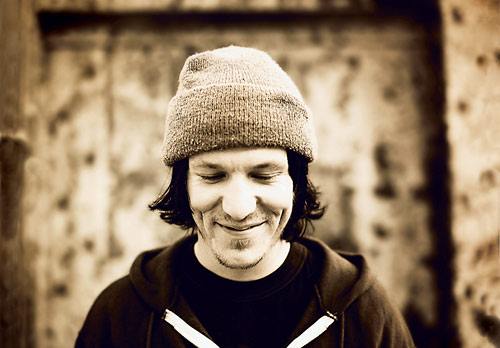 Heaven Adores You — the new documentary about the life and music of late singer/songwriter Elliott Smith, directed by Nickolas Rossi — premiered earlier this year at the San Francisco International Film Festival. The film was funded via a Kickstarter campaign, and featured a wide variety of interviews with musicians, bandmates, friends and former collaborators of Smith’s, including Jon Brion, Larry Crane, and Kill Rock Stars‘ Slim Moon. And following the release of the documentary, we’ve gotten something even more unexpected: an unreleased Elliott Smith song titled “Ocean.”

A clip from “Ocean” was aired on an interview Portland Radio Project conducted with Smith’s friend Kevin Moyer, who also co-produced the film. The track was recorded when Smith was only 14 years old, when he was living in Texas — and long before Roman Candle, either/or or XO. It sounds quite a bit different than his KRS-era music, for that matter.

“It’s interesting because it’s one of the first songs that as they were writing, Elliott would make lyrics for it,” Moyer says in the interview, discussing Smith and the band he was in at the time. “It’s keyboards, guitars, and Elliott singing. They did the keyboards and guitars first, and the Elliott came back and Steve Pickering convinced him, for demo purposes, to sing. I don’t think Elliott was a singer at that point, but they kind of pushed him to sing it, and he did. It’s probably one of the first songs that they did that actually has lyrics.”

Listen to the track below via the recorded radio broadcast. You can hear “Ocean” starting at the 32:00 mark.

Heaven Adores You is now screening on select international dates.